Winter weather grinds the Treasure Valley to a halt

Saturday's snowstorm knocked down powerlines, canceled flights at the Boise Airport and caused over 75 slide-offs and crashes. 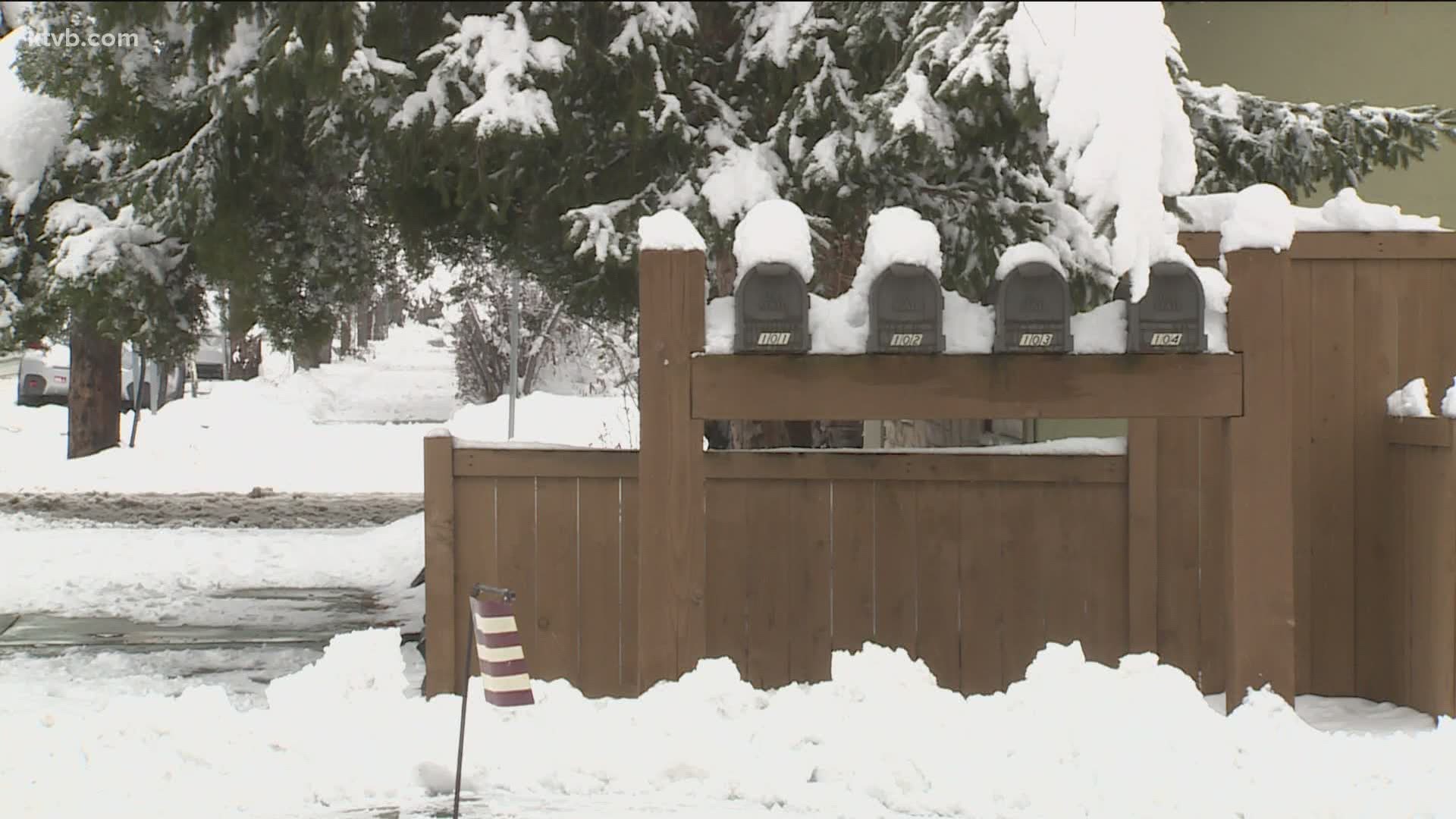 BOISE, Idaho — For those who longed for a true snowy winter, this weekend's snowstorm was a gift. For everyone else, the sudden downpour of snow caused some headaches.

Natalie Shaver, a spokesperson for the Ada County Highway District, told KTVB that crews were out working the roads starting at 2 a.m. Saturday morning.

Since midnight Friday, Idaho State Police have responded to 23 crashes and 60 slide-offs between Payette and Mountain Home, mostly in Ada and Canyon counties on Interstate 84.

Shaver explained that ACHD is doing everything they can to keep up with the over half a foot of snow that was dropped on the Treasure Valley.

"Something that people need to keep in mind is we need to plow the roads so we are making sure that those busier roads and when it keeps snowing like it has been all day, they have to revisit those roads," she said.

The highway district had 144 operators, 66 pieces of equipment, including 46 snow plows. While taking care of the roadways, crews were also helping out however they could.

"We have been helping police in situations where it's like, there's a downed tree so our operators will go clear snow there or will pick up the tree 1:50 if there's a crash and they need to make sure the road get cleared there, they will go to those areas as well," Shaver said.

With this weekend's storm the first major winter storm of the season, Shaver said it can't be said enough; slow down.

"Take your time leave a little earlier, keep some distance between you are the car in front of you, it's better to be a little late than it is to maybe in an accident," she said.