Two feet of snow fell in some mountain locations this week and all of the ski resorts in Central and Southwest Idaho are reporting prime skiing conditions. 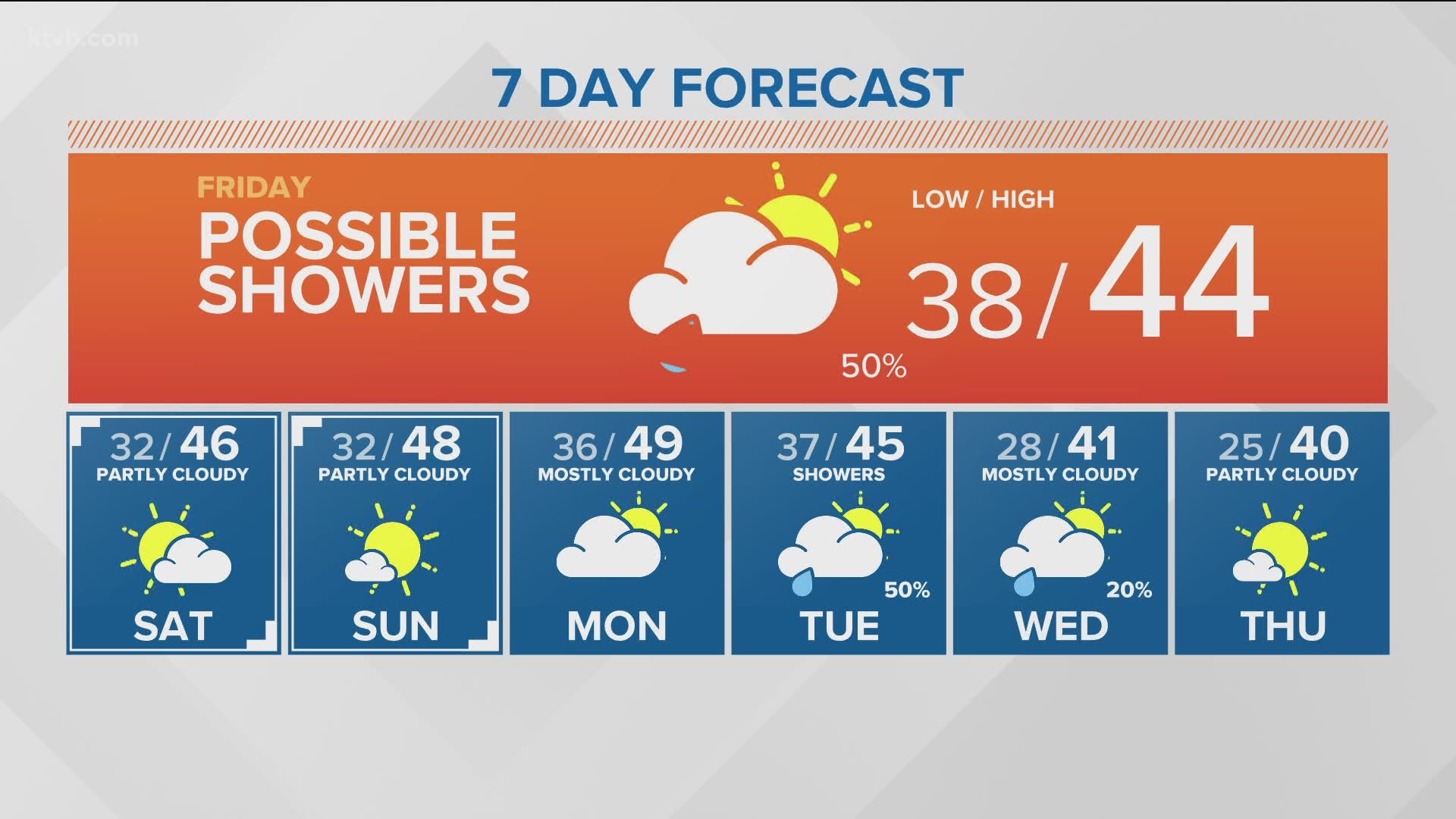 BOISE, Idaho — A series of winter storms this week dumped a huge helping of powder on Idaho's ski resorts - and more is on the way.

More than two feet of snow fell in some mountain locations over the last two days and all of the ski resorts in Central and Southwest Idaho are reporting prime skiing conditions.

The snow will continue to fall in most mountain areas through Friday night, bringing upwards of eight more inches of snow at higher elevations. The snow will taper off on Friday before starting up again early next week. See the latest KTVB weather forecast.

However, with the big accumulations comes the threat of avalanches, especially for those who venture out of bounds.

Avalanche warnings are in effect for the West Central Mountains near McCall and a wide swath of Central Idaho's backcountry that includes areas surrounding the Wood River Valley.

Anyone out enjoying all the fresh powder in Idaho's backcountry - whether it be skiing, snowboarding, snowmobiling or snowshoeing - is urged to check the latest avalanche information provided by the Payette Avalanche Center in McCall and Sawtooth Avalanche Center in Ketchum.

It's worth noting that the avalanche warnings are only for backcountry areas and do not apply to controlled, in-bounds ski areas.

Here's a look at the snow totals reported by ski resorts in Central and Southwest Idaho, as of Thursday afternoon:

Sun Valley is reporting a whopping 31 inches of snow accumulation in the 24 hours between 5:30 a.m. on Wednesday and 5:30 a.m. on Thursday. As of 3:30 p.m. on Thursday, the resort's snow stake camera showed nearly 19 inches of new snow since it was cleared at 4 p.m. the day before.

Due to avalanche mitigation work, all of the bowls, Seattle Ridge and Sunrise Expansion Area were closed on Thursday. No uphill traffic is allowed until further notice.

Brundage is reporting 22 inches of new snow since Tuesday afternoon, with more snow falling throughout the day on Thursday. The resort's snow stake camera showed about 9 inches of snow since it was cleared at 4:30 p.m. on Wednesday.

Brundage says there is plenty of deep powder to go around, but sent out a warning about tree well hazards.=

As of early Thursday morning, Tamarack Resort had received 11 inches of snow over a 24-hour period and 14 inches over the previous 48 hours. The resort's snow stake camera showed about 8 inches of new snow since it was cleared late Wednesday afternoon.

Bogus Basin reports 3 inches of new snow since 5 p.m. on Wednesday and 8 inches over the last 48 hours. Strong winds created snow drifts on some parts of the mountain. Snow was falling throughout the day on Thursday and an additional 2 to 4 inches were expected Thursday night.

Soldier Mountain received 10 inches of new snow since 1:30 a.m. on Thursday and 16 inches over the last 48 hours.