Chance of snow Tuesday night in Spokane; up to 6 inches in N. Idaho mountains 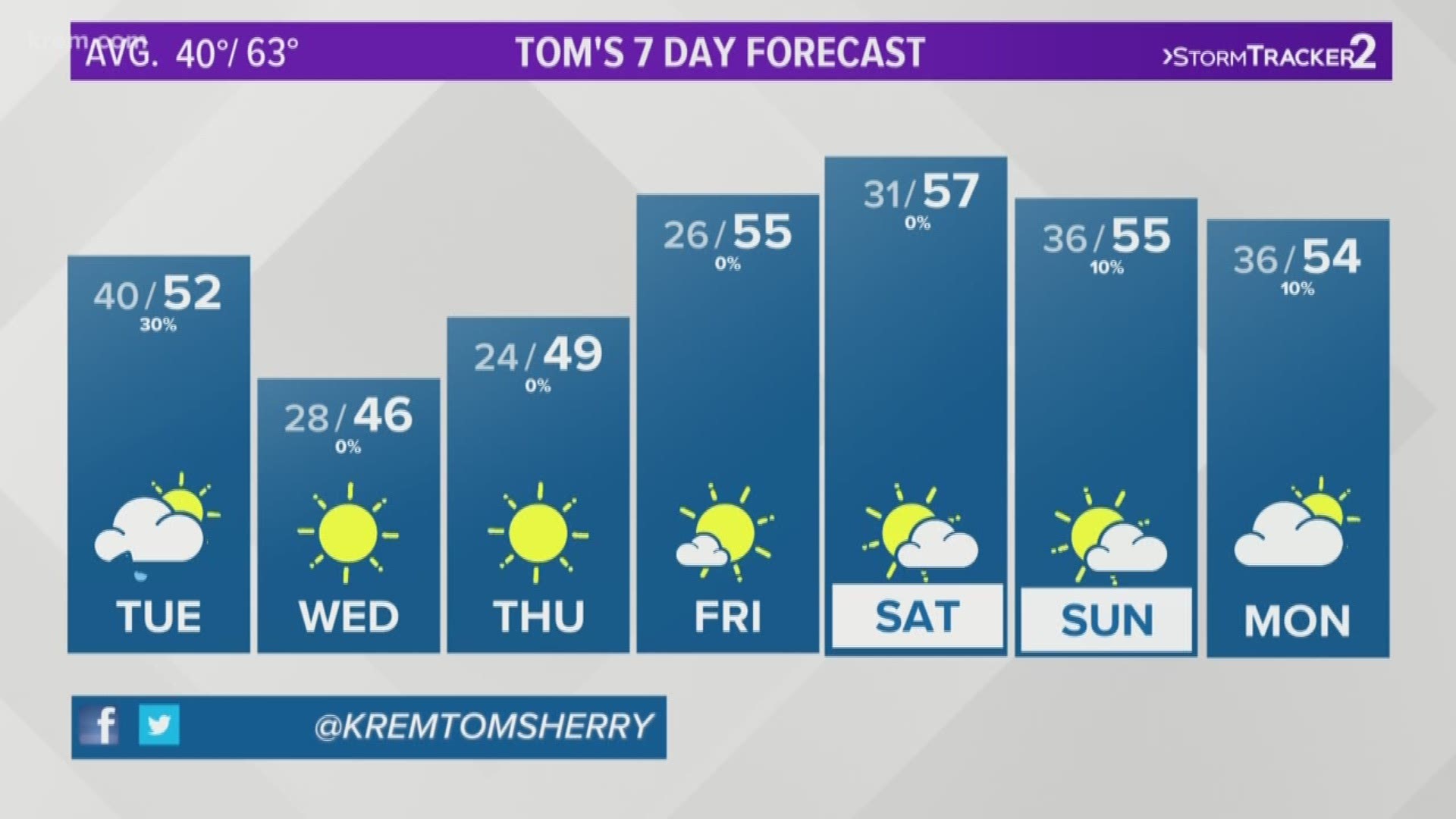 SPOKANE, Wash. — With a cold front passing through the Inland Northwest today, temperatures will drop to values cold enough for snow.

And snow it will for the North Idaho mountains. Spokane and Coeur d'Alene have a chance for snowflakes, but don't expect anything to stick in the foothills and valleys.

A Winter Weather Advisory is in effect from 11 p.m. Tuesday to 11 a.m. Wednesday for the North Idaho mountains. About 1-2" of snow could fall on the mountain passes with about 2-6" is forecasted for mountain tops and ski resorts.

The mountain passes on the Cascades are also seeing snow, particularly Stevens Pass. That snow will clear up by Wednesday morning.

Winds are also calming after this morning. Wind gusts for the rest of the day Tuesday will be between 10-25 mph out of the west-northwest.

Temperatures will plummet quickly from highs in the mid-60s in Spokane on Monday to upper 20s Wednesday morning. That's a drop of nearly 40 degrees in 36 hours.

RELATED: The PNW is going to be a 'different place': Mount Hood resorts grappling with climate change