Smoke in Portland, Western Oregon expected to clear at the end of the week

It looks like the air quality for areas west of the Cascades will remain in the harmful ranges for at least a few more days. 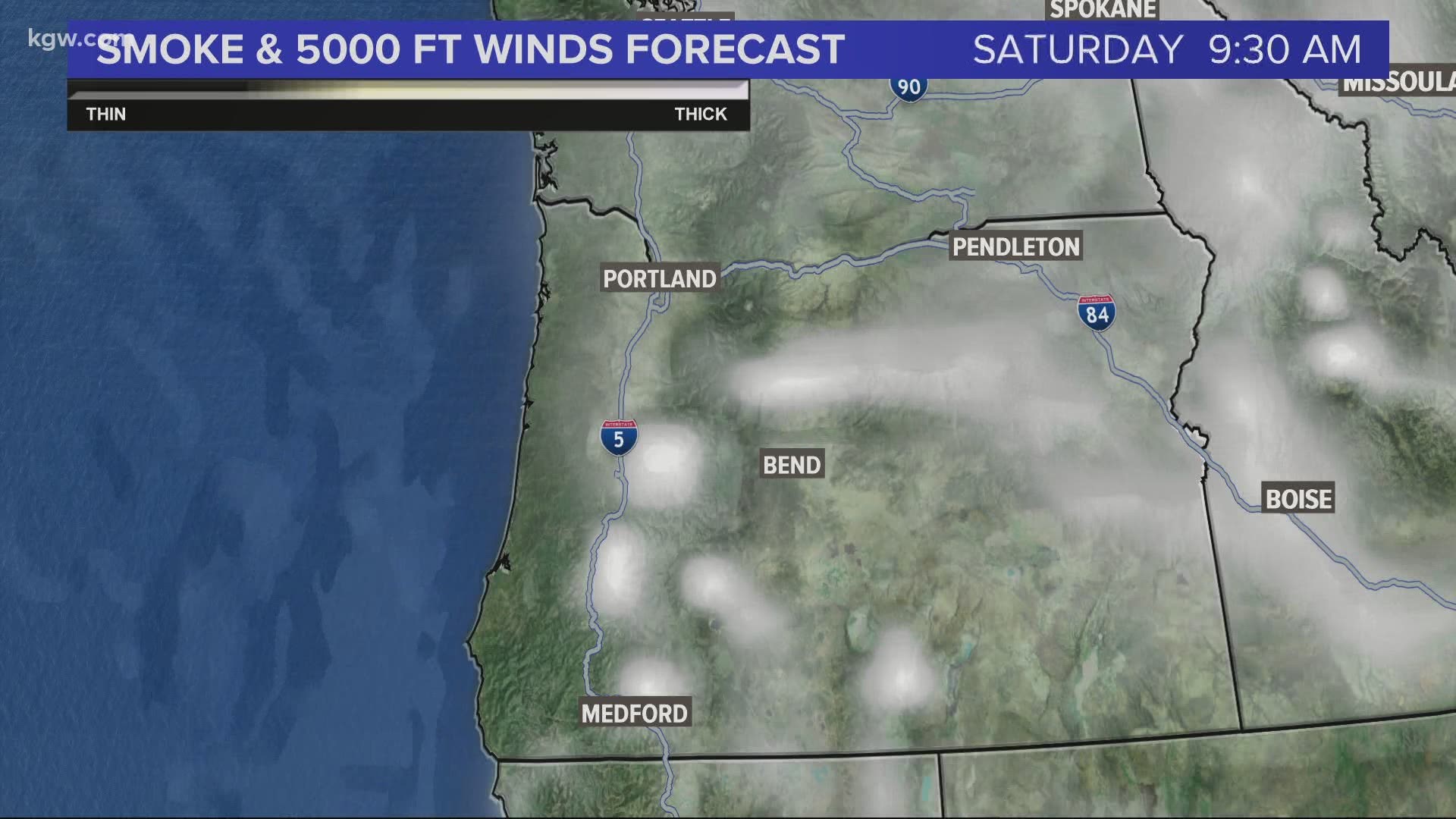 PORTLAND, Ore. — For days, Portland has had the worst air quality of any major city in the world as more than 30 wildfires burn across the state. Smoke has settled across much of Oregon with most areas having air quality that ranges from unhealthy to hazardous.

It looks like the air quality will stay in those harmful ranges for at least a few more days, but there could be significant relief by the end of the week, according to KGW Chief Meteorologist Matt Zaffino.

“All of the smoke that’s been over the state is going to get blown out Thursday, Friday and into Saturday,” he said.

Zaffino said the smoke forecast model is more encouraging now than it was at any point last week. Below is a day-by-day breakdown on what the smoke situation is expected to look like in Portland and across Oregon for the remainder of the week.

Smoke on the Oregon Coast and the western part of the Willamette Valley largely clears out. Portland is expected to be on the edge of where smoke may be clearing. The thicker smoke will be in the areas where the fires are burning.

“The improvement we get in the near term will be fairly short-lived,” Zaffino said.

The wind blows from the southeast to the northwest and pushes thick smoke back over the Portland metro area and the parts of the Willamette Valley and Oregon Coast where the smoke thinned out the day before.

Credit: KGW
Smoke forecast in Oregon on Wednesday at 5:30 p.m.

The smoke that arrives Wednesday morning gets pushed aside Wednesday evening as conditions begin to slightly improve.

Credit: KGW
Smoke forecast in Oregon on Thursday at 5 p.m.

There may be a little more smoke that arrives on Thursday. But relief may finally be on the way.

A major shift in the wind direction is expected to result in smoke being driven out of the Portland metro area and conditions significantly improve across Western Oregon.

Credit: KGW
Smoke forecast in Oregon on Saturday at noon

The smoke is mostly contained to the areas where the fires are burning and being blown to the east by winds coming out of the northwest.

“I have a lot of optimism in the 7-day forecast,” Zaffino said.