An early winter snow survey reveals where we are in our season and water supply forecast. 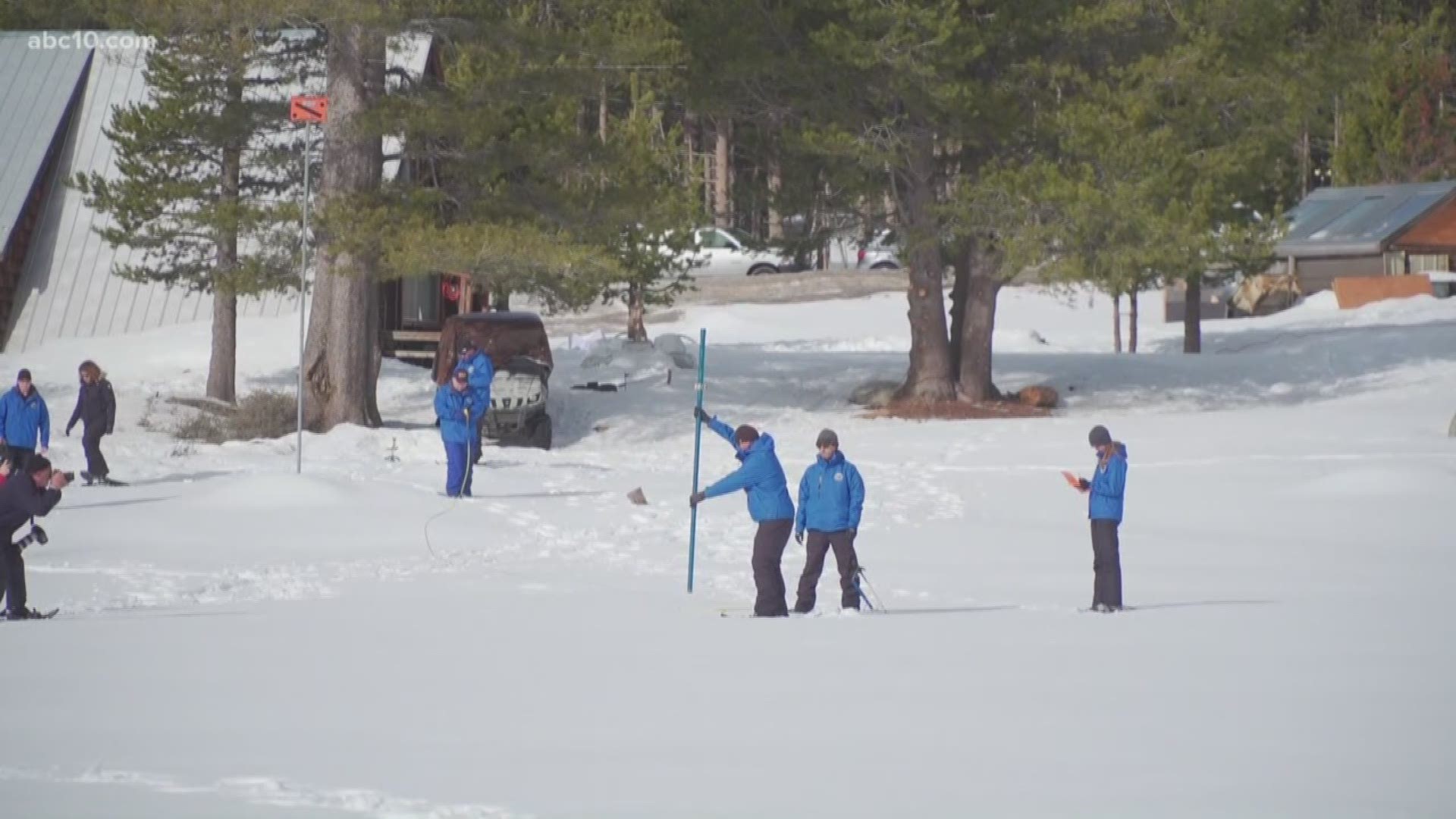 SOUTH LAKE TAHOE, Calif. — While the rainy season's storms start to roll into Northern California around the fall, the first official snow pack survey happens in the beginning of January.

In a field in the Sierra Nevada Mountain Range just off Highway 50 near Sierra-at-Tahoe, the Department of Water Resources [DWR] heads out to a meadow and plunges a pole into the snow. They do this multiple times to get an average snow pack survey, which is then compared to prior years.

This gives a long and continuous record of snow in one part of the Sierra and can give officials an early look at the progress of the season, and what a future water supply for the state might look like. Well above average or below readings can be helpful to officials, but often, the early season averages will change drastically over time to the very important April survey.

In April, the nature of the storms that roll into California change, and you get more spotty snow and uneven snowpack changes. Many decisions are made from the April snowpack survey. A few years ago when the snow pole only found dirt, there was an official drought declaration from Governor Jerry Brown.

This year, DWR reported measurements of 33.5 inches of snow depth and 11 inches of snow water content. That's 97% compared to average with several more surveys to be conducted in 2020. The average in California is 90%.

The first snow pack of 2020 in Northern California | Raw