While there were no severe thunderstorm warnings issued for the Saturday storms, some of the storm cells were "marginally close" to severe criteria. 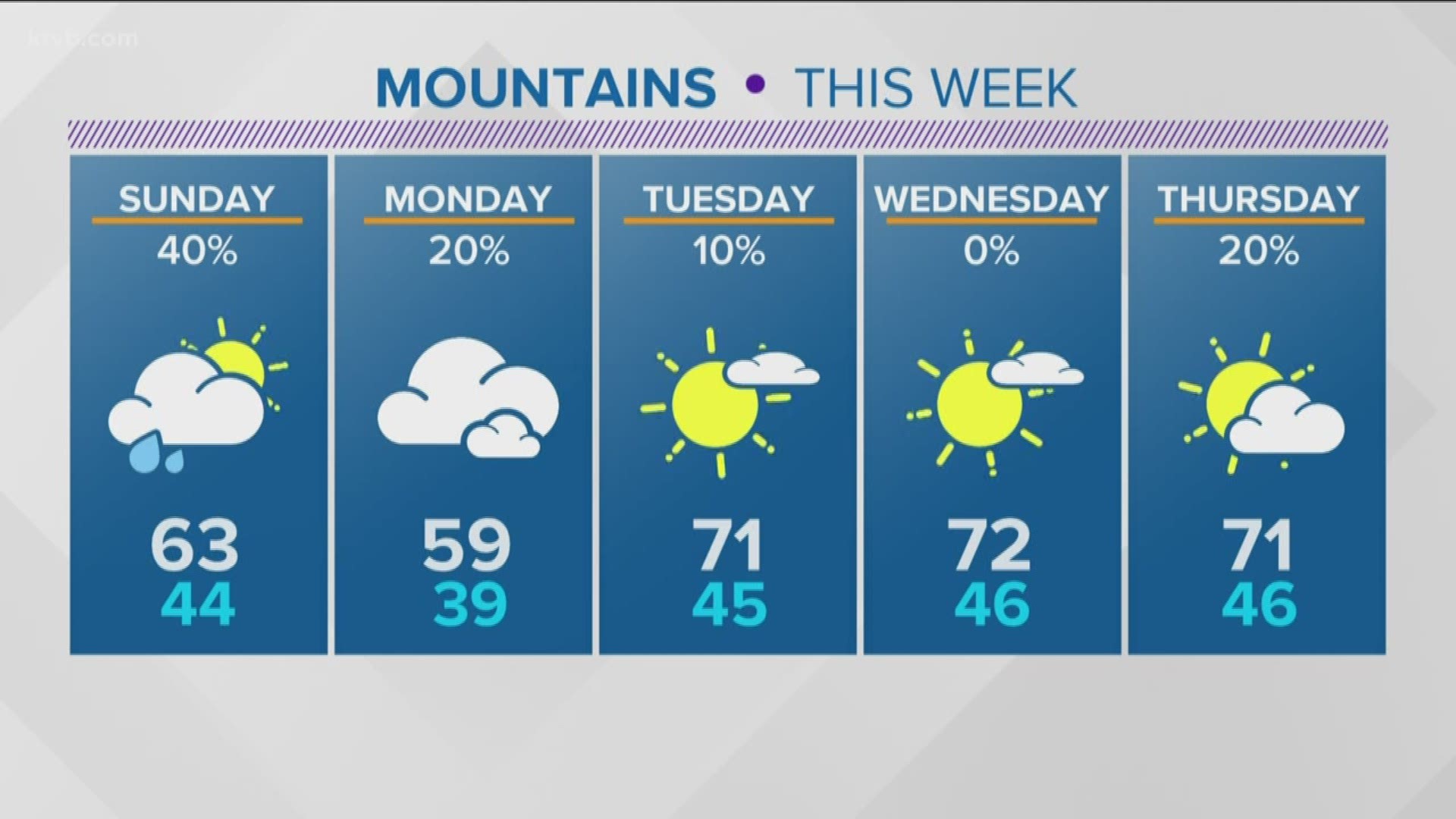 BOISE, Idaho — Strong winds toppled trees and knocked out power in Caldwell and other parts of the Treasure Valley on Saturday evening as thunderstorms moved across the region, amid unseasonably high temperatures.

KTVB Meteorologist Bri Eggers said there were no severe thunderstorm warnings issued for the Saturday storms, although some of the storm cells were "marginally close" to severe criteria. The threshold for a severe storm is 58 mph winds or stronger, and/or hail at least 1" in diameter, she said. The National Weather Service Office in Boise estimated wind gusts to be between 50-55 mph.

1 / 9
@WilmaBenton19
A massive tree in Caldwell was knocked down after high winds swept through the Treasure Valley on Saturday.

Temperatures are expected to drop Sunday after the Treasure Valley experienced two days of summer-time heat in the 90s.  Boise tied the daily record high-temperature Saturday with 98°, the previous record set in 1986.

THE FORECAST: Thunderstorms rolling through, with a big temperature drop to follow

RELATED: You Can Grow It: How to deal with lawn mushrooms and the hot weather ahead

RELATED: Expert explains why a bunch of birds flew into a Boise building