Showers/t-storms and much cooler and breezy this weekend; snow in mtns 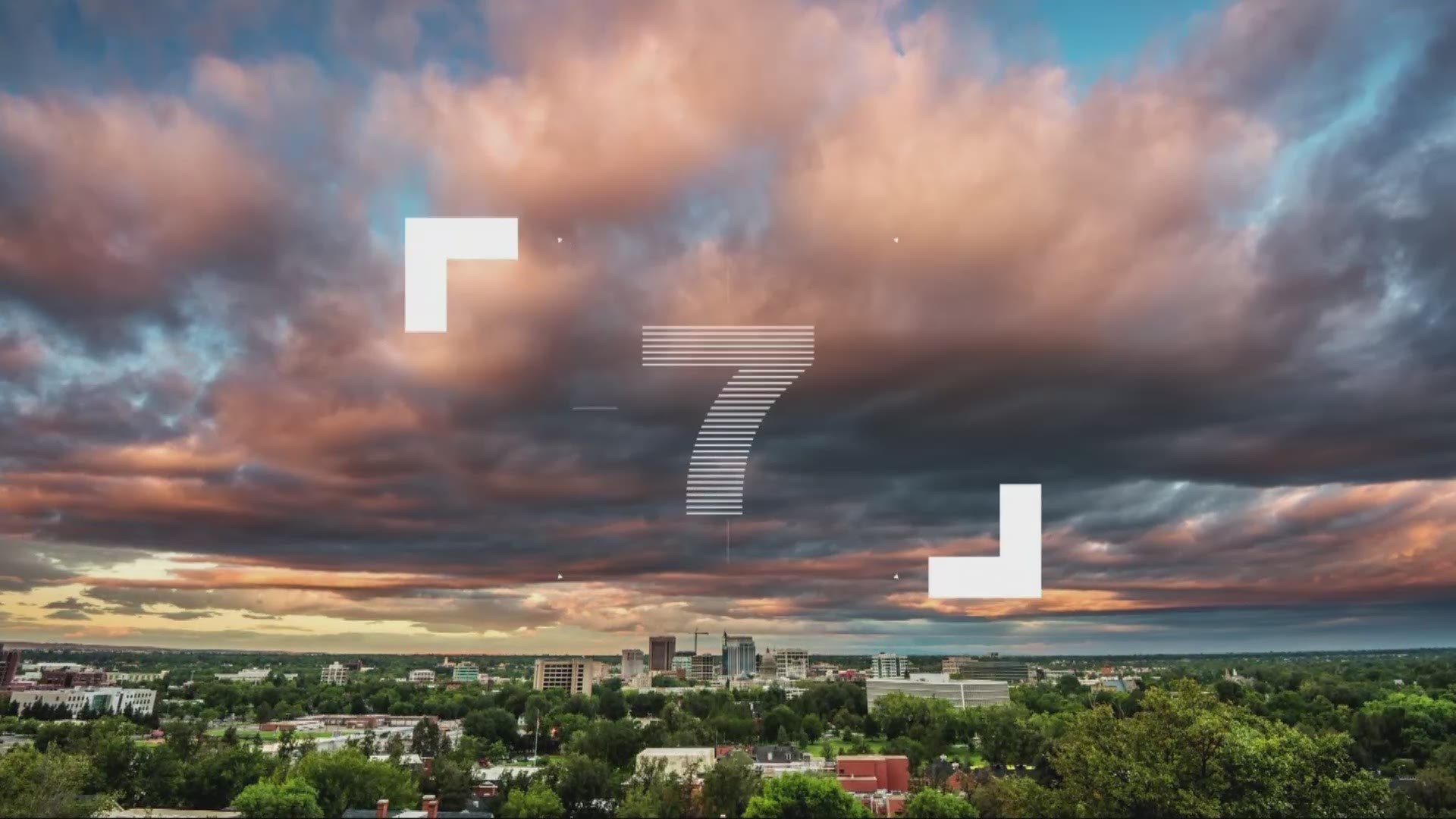 BOISE, Idaho — An approaching cold front late Friday bumped temperatures up ahead of it into the mid-upper 90's in southwest Idaho, within a couple of degrees of records. Strong thunderstorms developed over eastern Oregon and the Magic Valley in the evening as the cold front pushed through, generating winds of 30-60 mph along with areas of blowing dust.  Now the low pressure trough will move in for the weekend.

Expect mostly cloudy skies with widespread areas of rain throughout the day, along with a few embedded thunderstorms.  Rainfall amounts for the weekend will reach 1-2" in the west central and Boise mountains, with up to 1/2" in the lower valleys, a bit less in the Magic Valley through Monday.  Snow levels will fall to 5000 feet by tonight, with several inches of snow likely above 6000 feet.  Expect breezy conditions throughout the period.

The low will move out on Monday, leaving a drier and gradually warming pattern through the rest of the week, although a few lingering mountain showers are possible.  Another system approaches by the end of the week.

Temperatures in the Treasure Valley will be much cooler, dropping about 40 degrees from Friday, with highs today in the mid 60's, on Sunday in the mid 50's. Mountain areas will cool to the 40's and 50's.  Monday will be a bit warmer but still in the low to mid 60's, warming to the 70's Tuesday and the 80's by Wednesday.