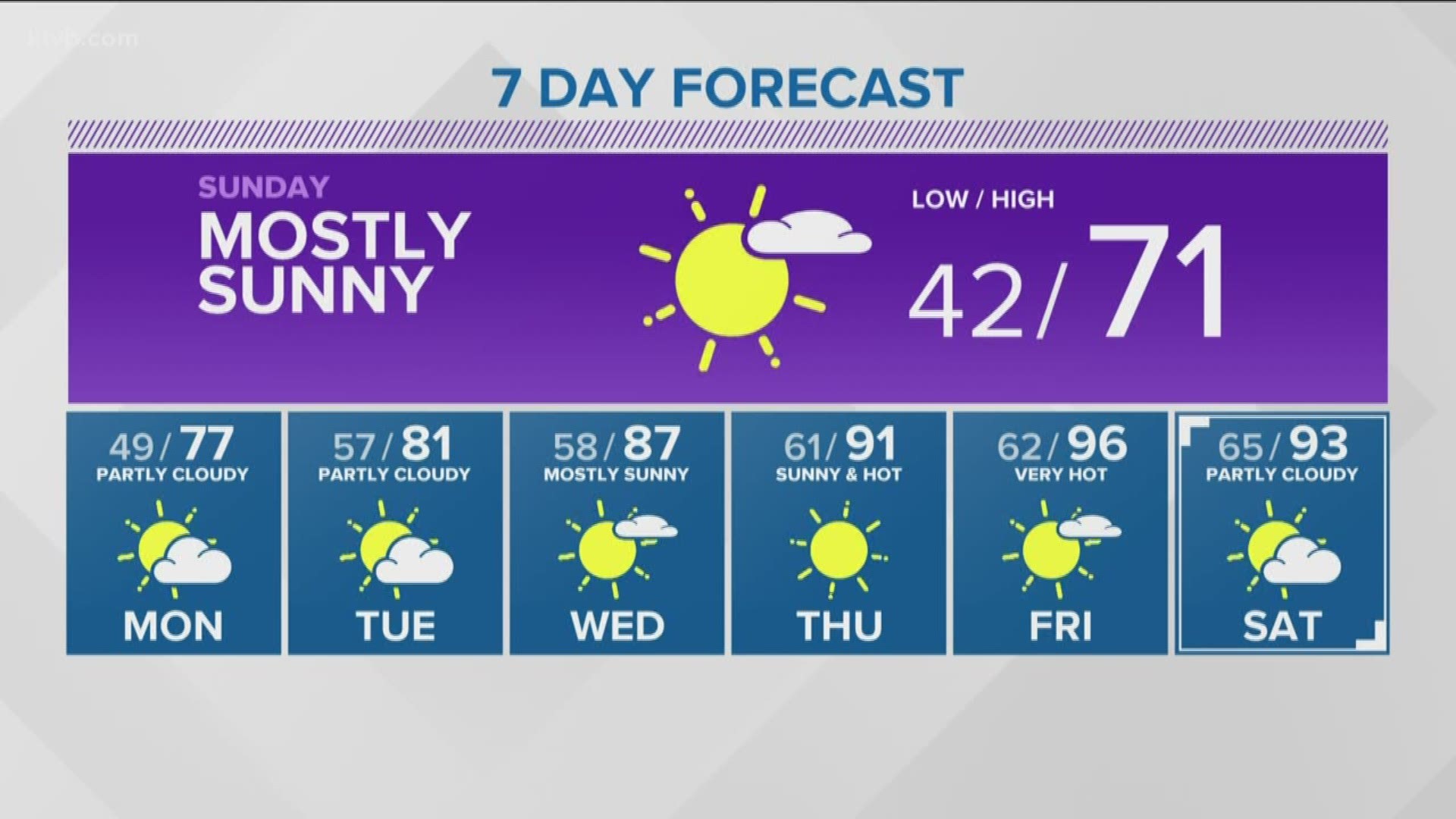 BOISE, Idaho — Have you spent the holiday weekend getting the backyard pool ready?  Whether it's a kiddie pool or an in-ground pool, or maybe just a sprinkler, all water activities will come in handy later this week.

A high pressure ridge is building over the area, which will warm our temperatures to around 20-25 degrees above seasonal averages by the weekend!

Before the ridge amplifies, there's a weak wave of low pressure that's flattening the peak of our ridge, currently - putting our area under a more westerly flow.  This weak disturbance will push some showers into the mountain areas to our north later this evening, continuing into early Tuesday morning.

There's a slight chance that some of that moisture could push far enough south to bring a few light showers to the Treasure Valley.  The best chance for this would be Tuesday morning - and any precip would be light.  There's a 20% chance in the 7-day forecast.

Due to a bit more cloud cover, and a westerly flow on Tuesday, high temperatures will be similar to Monday; around 80° for valley locations.

As the moisture moves out on Wednesday, expect clearing skies and warming temps.  Highs will be in the low to mid 80s for valley locations.

Summer sunshine and warmth will take hold on Thursday with highs near 90°.  Friday and Saturday are the warmest days of the week, with record highs possible.

Changes look to be in play late Saturday into Sunday.  Expect breezy to windy conditions, and cooling temperatures for the beginning of next week.