Sun Valley Resort suspends all ski operations Friday due to snow conditions: 'It was almost like mashed potatoes out there'

Operations may be delayed through Saturday morning, according to resort officials. 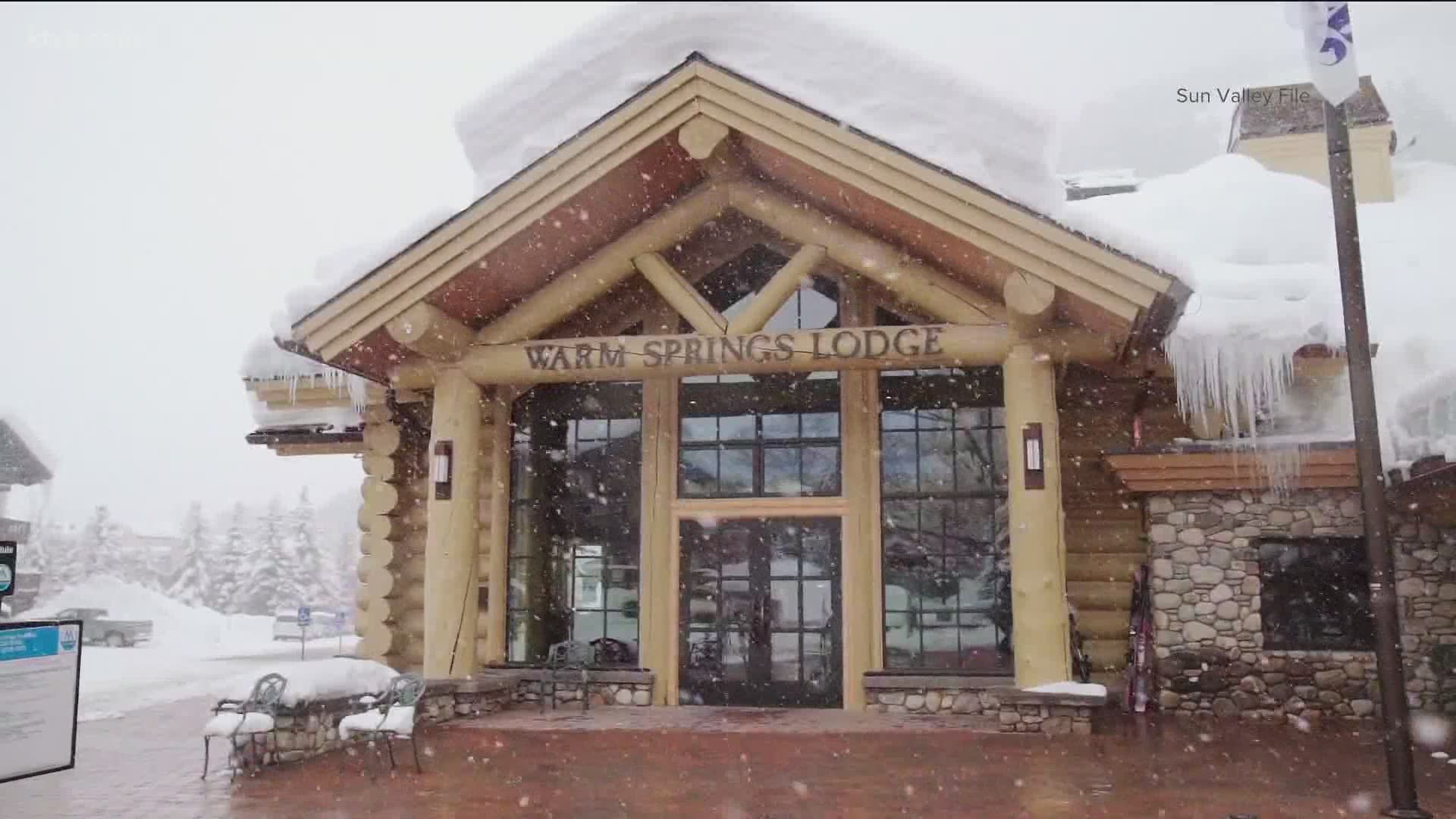 SUN VALLEY, Idaho — Sun Valley resort announced on Facebook that all skiing and riding operations on Bald Mountain have been suspended as of 2 p.m. on Friday. Operations were suspended due to snow conditions.

Ethan Davis, an avalanche forecaster with Sawtooth Avalanche Center, advises all skiers to stay out of the backcountry and the decision for the resort to close early made sense.

"We saw widespread national avalanche activity, we heard of three skiers triggering avalanches in out of bounds terrain near the Warm Springs drainage and Bald mountain so the decision to close certainly isn't surprising," Davis said.

Due to avalanche mitigation work, all of the bowls, Seattle Ridge, and Sunrise Expansion Area were closed on Thursday and remain closed on Friday. No uphill traffic is allowed until further notice.

"My kids wanted to go over to Warm Springs so we kinda got in the car and drove over there got unpacked and started walking over there and that's pretty much when the entire mountain closed," said skier Matt Hanna.

Matt Hanna and his family drove to Sun Valley from Layton, Utah. It was their first time at the resort, and unfortunately, it was cut short because of winter conditions.

"It was a little bit overboard, we all like a powder but they got a ton overnight on top of even more," he said. "It was almost like mashed potatoes out there, it was pretty nasty".

Hanna said visibility was low, making it dangerous for newcomers on the mountain.

"The signage is challenging when you can only see five, ten feet and front of you and there are tons of people," he said. "I haven't seen this before in terms of people today kinda cry uncle that usually wouldn't and say 'I'm done for the day.'"

Davis said this winter season has been abnormal. The season started with a big snowfall early on and was followed by a long period of drought. Davis added that when there's a long drought, the new snowfall doesn't adhere to the underlying snowfall, ultimately causing dangerous conditions.

"That's really what kinds driving a lot of these warnings," Davis said. "You don't need to be in some extreme environment to see an avalanche, they can occur around town, just on the hillsides around town especially in the Wood River Valley and they happen frequently."

Snow will continue to fall in most mountain areas through Friday night, bringing upwards of eight more inches of snow at higher elevations. The snow will taper off on Friday before starting up again early next week. See the latest KTVB weather forecast.

Avalanche warnings are in effect for the West Central Mountains near McCall and a wide swath of Central Idaho's backcountry that includes areas surrounding the Wood River Valley until 6 a.m. Sunday.

No uphill traffic will be permitted for the remainder of the day Friday and opening on Saturday morning may be delayed.

The full mountain report can be viewed here.