After temperatures dropped dramatically, snow was forecast to fall in Idaho mountains as low as 5,000 feet. 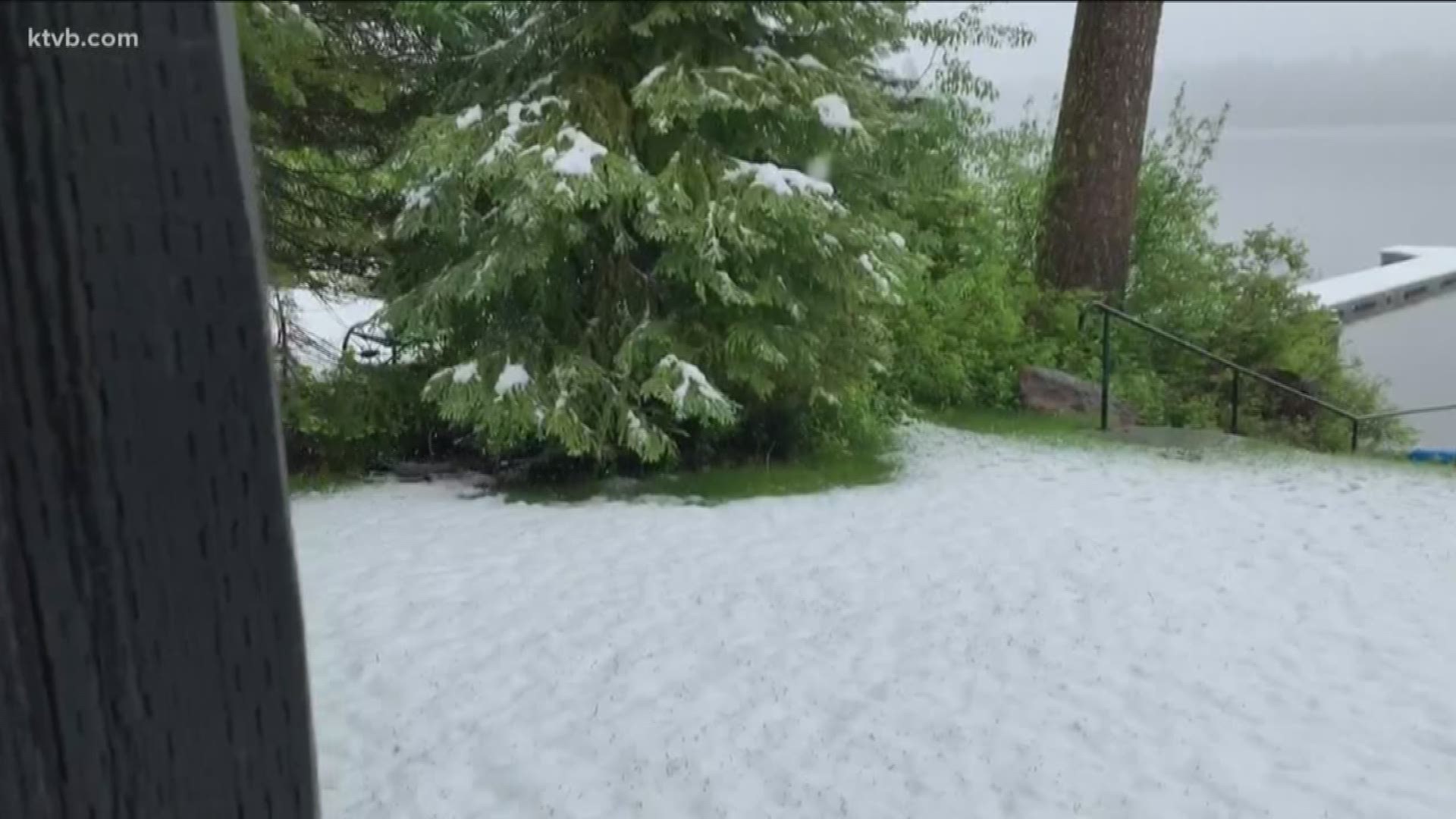 BOISE, Idaho — A week of roller-coaster weather brought snow to the Idaho mountains Sunday morning, as temperatures dropped dramatically and snow was forecast for elevations as low as 5,000 feet.

The cold temperatures and precipitation brought over 7 inches of snow to Bogus Basin, according to the National Weather Service Boise, where officials tweeted a video of the accumulation as of 10:40 a.m. Sunday. Bogus Basin's election is around 6,500 feet. It was an unusual sight after the start of meteorological summer.

At 11:40 a.m. on Sunday, the Bogus Basin webcam page showed snow still falling on the mountain, with a temperature of 30 degrees.

The snow kept coming in areas around the region. By Monday morning, Bogus was up to 8 inches, while Tamarack had 17 inches and Brundage had received around 15 inches.

The cool weather came two days after high Treasure Valley temperatures were in the 90s.

The Treasure Valley is forecast to have a drier and gradually warming patter through the upcoming week, with the end of the week possibly reaching the 90s again. See our latest forecast here.

Storms that rolled through the Treasure Valley on Friday night knocked out power to roughly 13,000 in Boise.

RELATED: What's the difference between meteorological and astronomical summer?