Springtime flooding: What to expect in Idaho this year

With the official end of winter less than a month away, it's time to start thinking about how this year's snowpack could affect runoff and flooding. 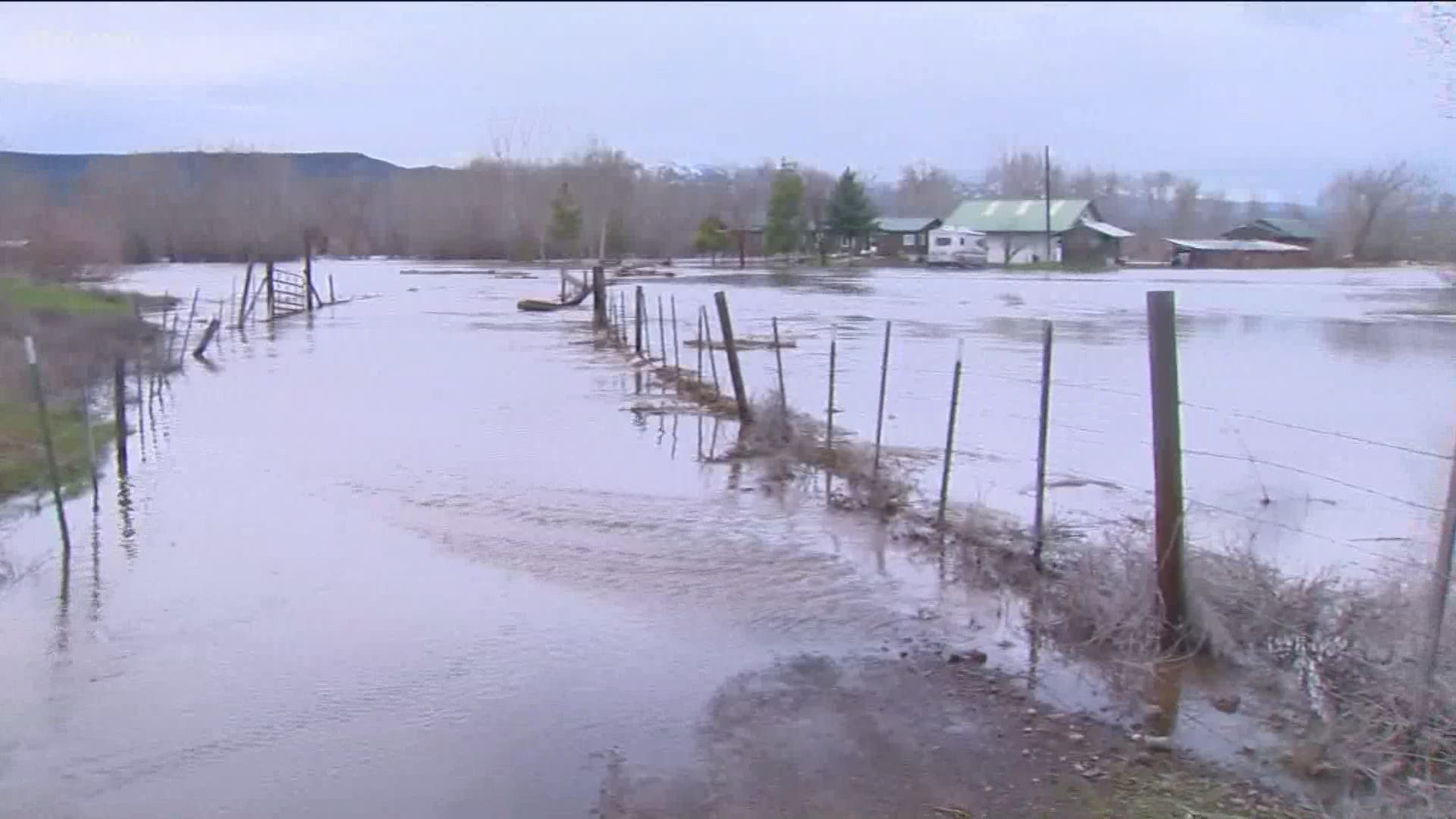 BOISE, Idaho — Winter made a late appearance in the Treasure Valley this year, but the official start of Spring is less than a month away.

That means the snow that fell in the mountains will soon begin to melt and flow downwards - bringing with it a risk of flooding.

KTVB Meteorologist Jim Duthie said that flooding from high runoff can be a significant weather threat.

"Several factors can lead to springtime floods in our area," Duthie said. "First and foremost, fall and winter precipitation.  Below normal precipitation means less mountain snowpack, with a lower risk of flooding when it melts. In contrast, above-normal snowpack may lead to high runoff and flooding."

But big snow years and deep snowpack do not always spell disastrous flooding.

"If the snow melts gradually, the runoff will flow downstream without any significant problems," Duthie explained. "But a rapid warm-up, with a prolonged period of high temperatures, or heavy rain falling on the snowpack, will lead to faster melting and a greater risk of flooding, especially on uncontrolled streams and rivers."

This year, recent winter storms have added a significant amount of water to Idaho's snowpack. Duthie says it is too early to determine whether we can expect rapid warming followed by floods, versus a more gradual runoff.

"Weather conditions from now into early Spring will be critical in determining the flood potential when the snow does begin to melt, and forecasters and water managers will be able to determine the flood threat, so you can be prepared to protect yourself and your property," he said.