Major storm to drop a foot of snow on Idaho's mountains

A Winter Storm Warning is in effect with up to 12 inches of snow expected to fall in some mountain areas through Saturday. 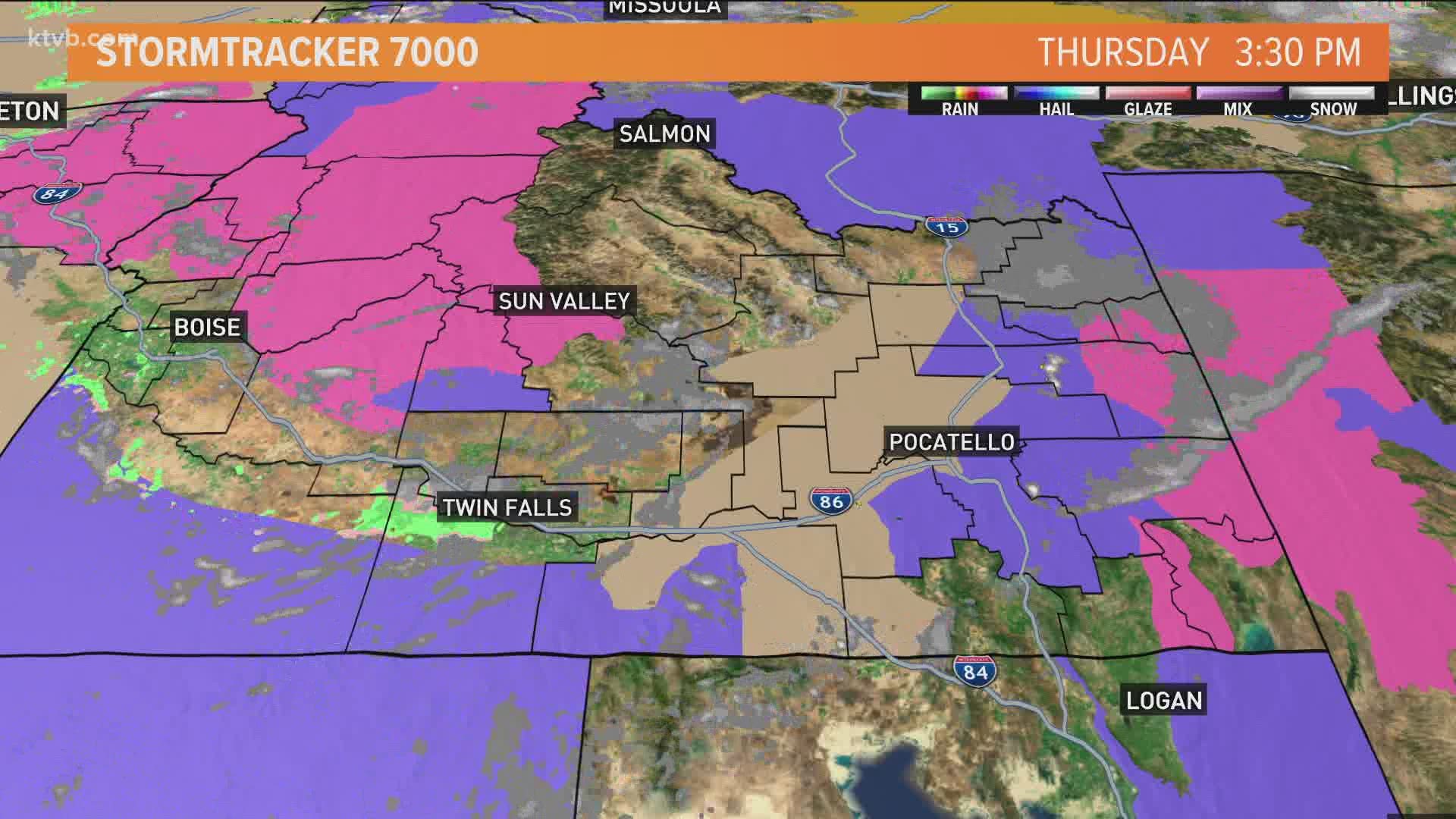 BOISE, Idaho — A major snowstorm could drop up to a foot of fresh snow in Idaho's mountains over the next couple of days.

According to KTVB meteorologist Rick Lantz, several inches of snow are expected in the higher elevations Thursday night.

A Winter Storm Warning is in effect until 5 a.m. Saturday morning for the West Central Mountains and Boise Mountains, as well as a wide swath of northeast Oregon.

Six to 12 inches of snow is expected in mountain valleys and one to two feet is expected at higher elevations in the mountains.

The storm is expected to bring strong winds resulting in blowing and drifting snow. Travel through higher elevations will be difficult and road conditions are expected to be poor.

Avalanches could be a concern so anyone out recreating in the backcountry is urged to use extra caution this weekend.

The Treasure and Magic valleys will get a mix of snow and rain starting on Friday with some light accumulations possible. As much as an inch of snow could fall in some valley locations.