Sunny days and clear night, but with patchy morning fog. Temperature inversions will lead to haze and air quality issues 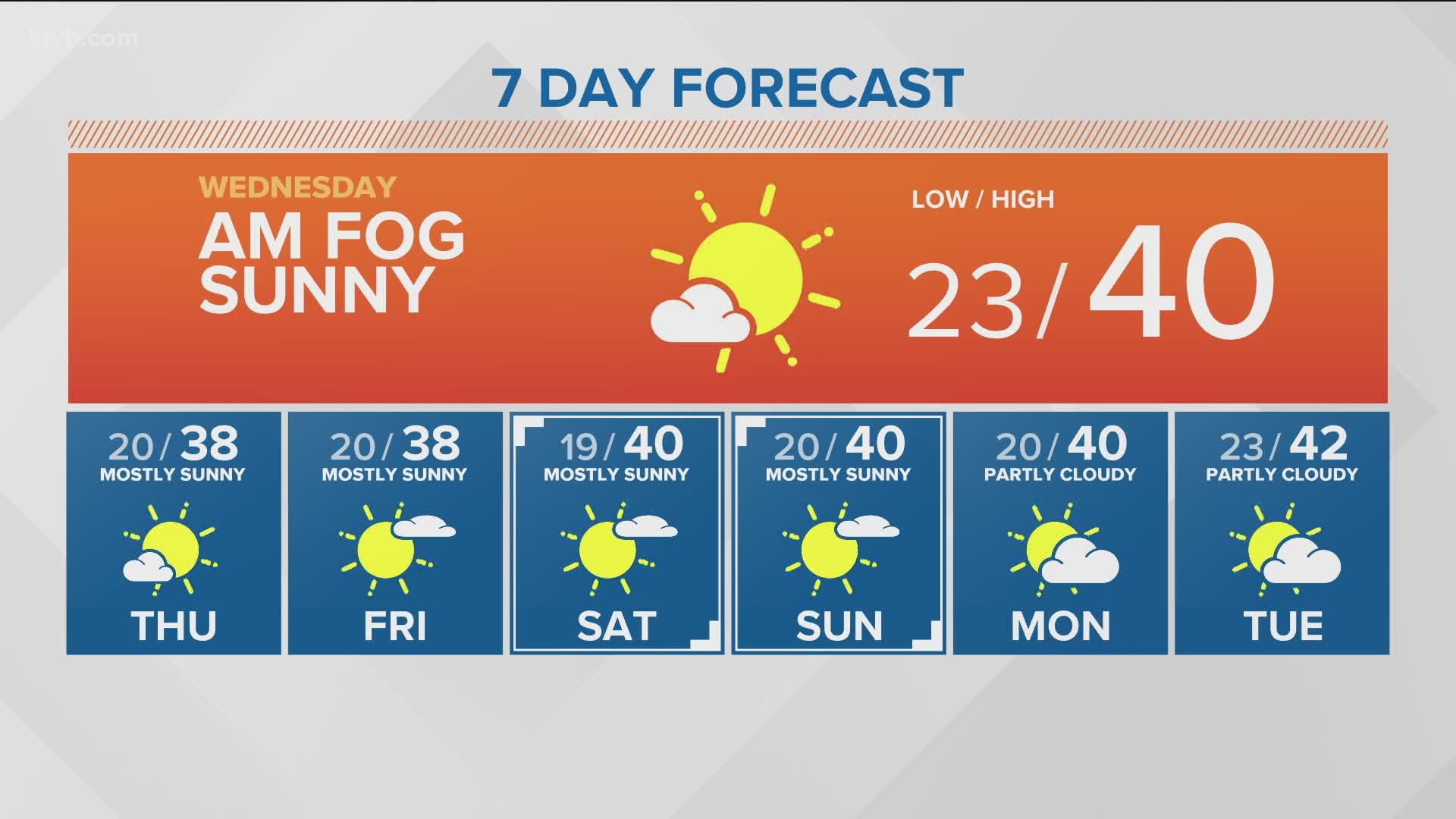 BOISE, Idaho — High pressure is building over the Intermountain region and will remain stationary through the rest of the week.  It will lead to very stable weather conditions for mostly clear nights and mostly sunny days.  Patchy night and morning fog will give way to sunny skies by midday, but areas of haze from pollution will settle over populated valleys.

Temperatures will change very little in this persistent stagnant weather pattern, with near normal temperatures each day for the Treasure Valley.  No change is expected until a stronger weather system arrives to push the high pressure aside and weaken the inversions, and that is not likely until at least the middle of next week.

Light winds and little vertical air mixing has resulted in an AIR STAGNATION ADVISORY being issued from tonight through Saturday morning for Harney, Baker and Malheur counties in eastern Oregon, and from the Upper Weiser River Basin through the upper and lower Treasure Valley, the western Magic Valley, and the Camas Prairie for the same period.