Preparing for the heat: How to keep yourself hydrated, protect your skin from the sun

Experts recommend a combination of shade, sunscreen, and water to stay safe during the hot summer months. 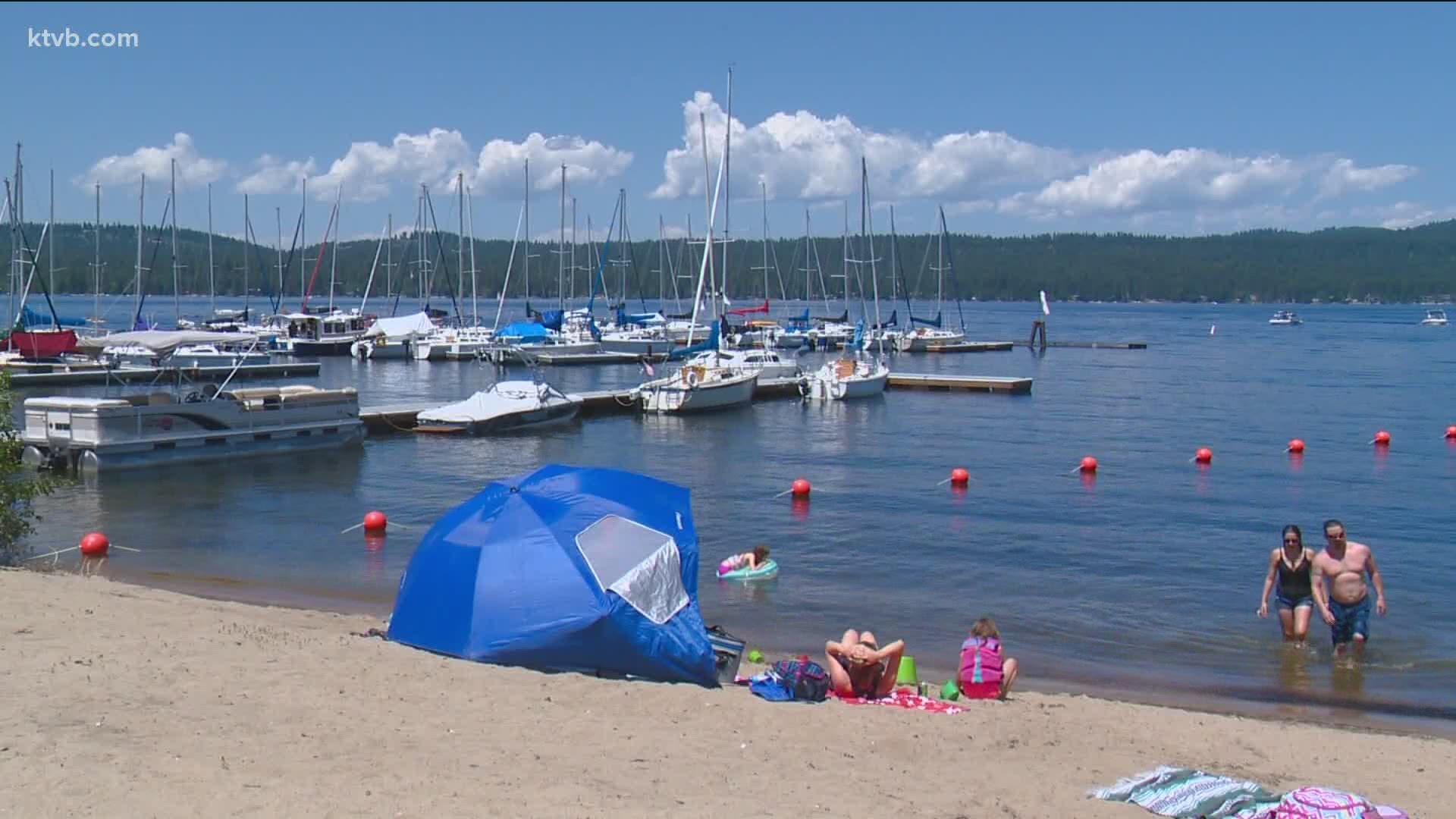 BOISE, Idaho — Historically high heat is making its way through the Treasure Valley this week, with temperatures reaching the triple digits as early as Thursday. While the early summer weather can be exciting, it can also be dangerous

There are, however, steps that can be taken you keep yourself healthy when the weather heats up.

During the summer months, an active person should drink over three liters of water per day, according to Saint Alphonsus Executive Medical Director Dr. Hansel Ashby. He recommends replenishing electrolytes lost from sweat with Powerade or Gatorade.

Caffeine, alcohol, and overly sweet drinks should be avoided as they lead to dehydration.

“Drink lots of liquids. Make sure that you feel extremely well hydrated. That you’re not feeling parched lip, light-headed or dizzy as a result of the sun,” Ashby said.

If you get a sunburn, it is important to treat it immediately. It is much safer, however, to prevent them all together by applying sunscreen every two to four hours, according to Dermatologist Dr. Mings at Gem State Dermatology.

Additionally, both Ashby and Mings recommend avoiding the sun during the hottest hours of the day.

“Even as a dermatologist – and I’m a golfer – it’s hard for me to reapply every two hours. Am I going to stop at the turn every time and remember to put on sunscreen? Probably not,” Mings said. “That’s why I don’t just rely on sunscreen.”

Mings recommends storing sunscreen in a cool, dry place to make it last. As for the expiration date on the bottle, it should last longer than the date printed.

“Companies are ultimately very conservative with the dates they put on there,” Dr. Mings said. “But if your sunscreen is expiring, you aren’t using it enough. Throw it away, get a new one, and use it a little more before it expires.”

St. Luke’s Boise Medical Center uses the phrase “slip, slap, slop” – slip on a shirt, slap on a hat, and slop on sunscreen.