Hotter for Tuesday, followed by a mid-week stretch of near 90° 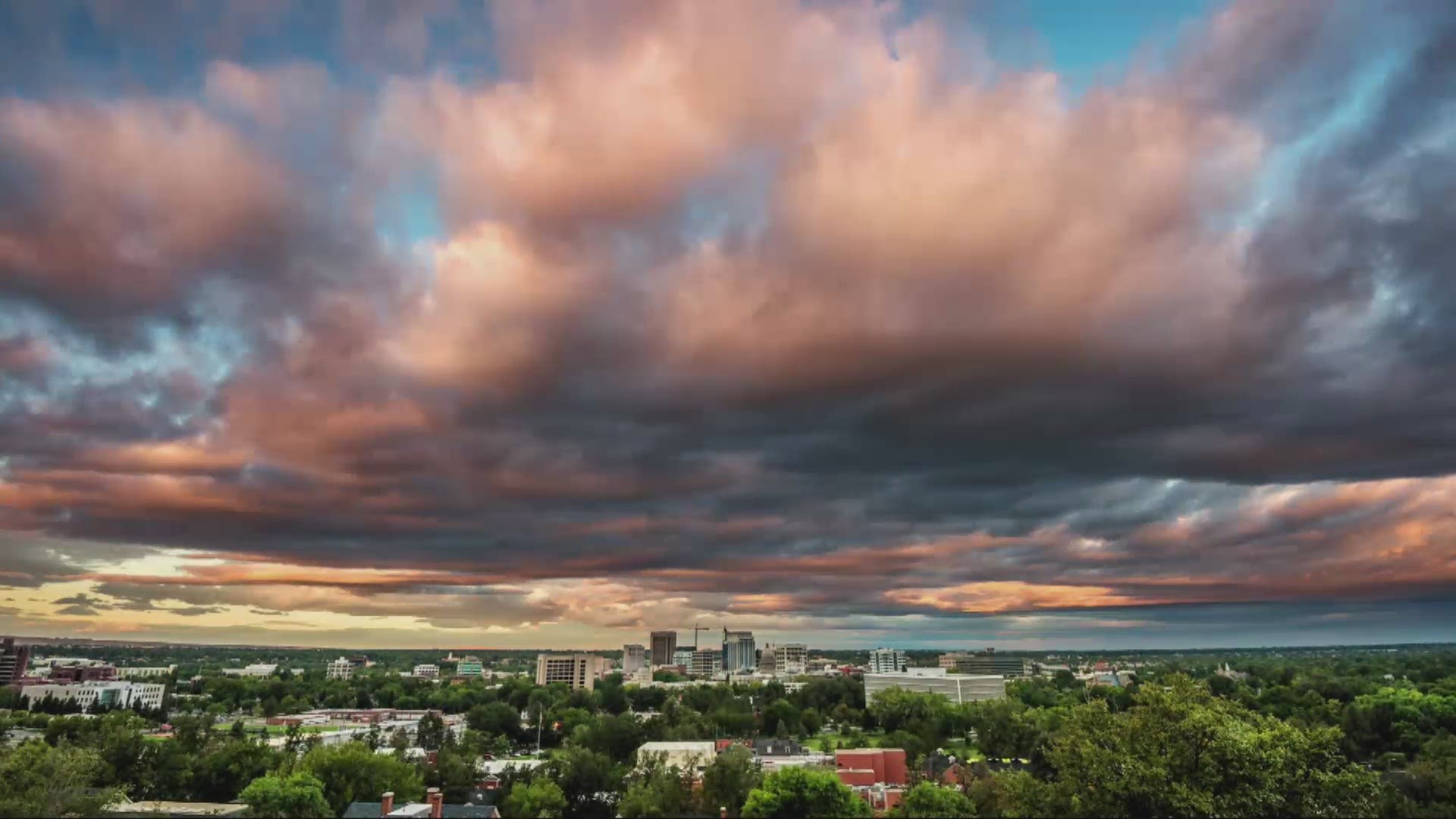 BOISE, Idaho — We've had a stretch of average and below average days, with highs temps topping out in the 80s.  This is so very different from the four days in a row of triple-digits temperatures that we endured last weekend.  While some of us have likely been getting used to the "cooler temperatures," things haven't cooled down for good.

Tuesday will be hotter, with valley highs back into the mid 90s.  This is due to our "zonal flow" (out of the west), switching to more of a WSW flow aloft.  This will bring in more heat, and also a little more moisture.  For the most part, that moisture will result in some high cloud cover.  The best chance for thunderstorms tomorrow will be near the Idaho/Nevada border and into the Central Mountains.

A dry cold front will sweep through late Tuesday, and take temperatures back closer to normal for the rest of the work-week.  Highs for the valley should top out in the upper 80s, to near 90, Wednesday through Friday.  We'll stay dry and have plenty of sunshine around the region.

As a ridge builds in across the West next weekend, temperatures will be going back up.  For Saturday, it's back into the low to mid 90s - and continues to get hotter from there.  Forecast model guidance is pointing at a good chance for triple-digits next Monday.  The summer heat is not gone yet!