The rain will help clear out the smoke hovering over most of Oregon for the past week and a half. 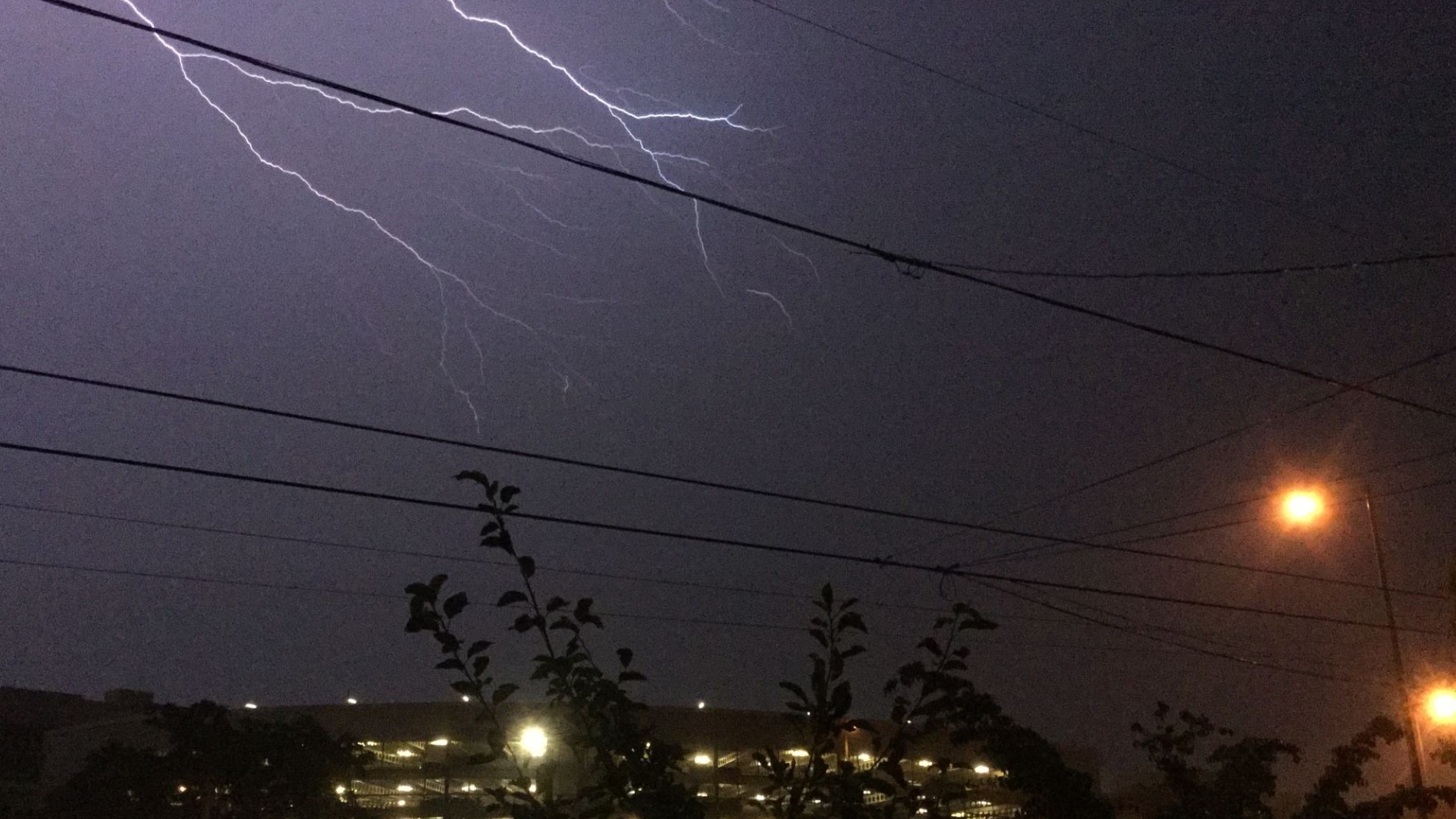 PORTLAND, Ore. — Rain finally arrived in the Portland metro area Friday morning, with lightning and thunder also seen and heard all across the area.

The rain will help clear out the smoke hovering over most of Oregon for the past week and a half and will hopefully help with the wildfires burning across the state.

There are multiple reports of between 1 and 2 inches of rain falling in half an hour throughout the area, KGW meteorologist Rod Hill said Friday morning, including 1.1 inches in Lane County, 1.04 inches in West Salem, 1.91 inches near Canby and 1.31 inches near Happy Valley.

Early morning storm reports are impressive with more than an inch of rain from Lane county to Clackamas! Improving air quality is likely today! pic.twitter.com/2BwGFeh2HL

"Most of western Oregon and southwest Washington will likely see reporting sites report moderate quality this afternoon," Hill said. "We should see improving air for all of the Northwest into the weekend as the large thick smoke clouds break up. Obviously we will see more smoke in the coming weeks, but not as bad as the air we have seen."

The biggest cluster of rain started in Salem, moved north to Portland and has shifted farther north to Clark County. The storms will continue to move south to north throughout the morning.

Watch Sunrise Extra: KGW's Rod Hill with the latest on the rainstorm

Pacific Power has noted on its website that there are scattered outages because of the thunderstorms. As of 5:30 a.m., there were 131 outages in the state, affecting more than 6,000 people, though many of these outages have been going since the fires started.

MORE: See the latest updates on the Oregon wildfires

Because of the thunder, lightning and rain overnight, fire crews have shut down the perimeter of the Holiday Farm Fire and are keeping out all non-essential people. Residents who haven't evacuated at this point should stay where they are. The new concern now, in addition to the fire itself, is the possibility of falling trees and rocks.