Half of the Abbott brothers' wheat yield is destroyed due to the high heat, lack of rain and late frost. 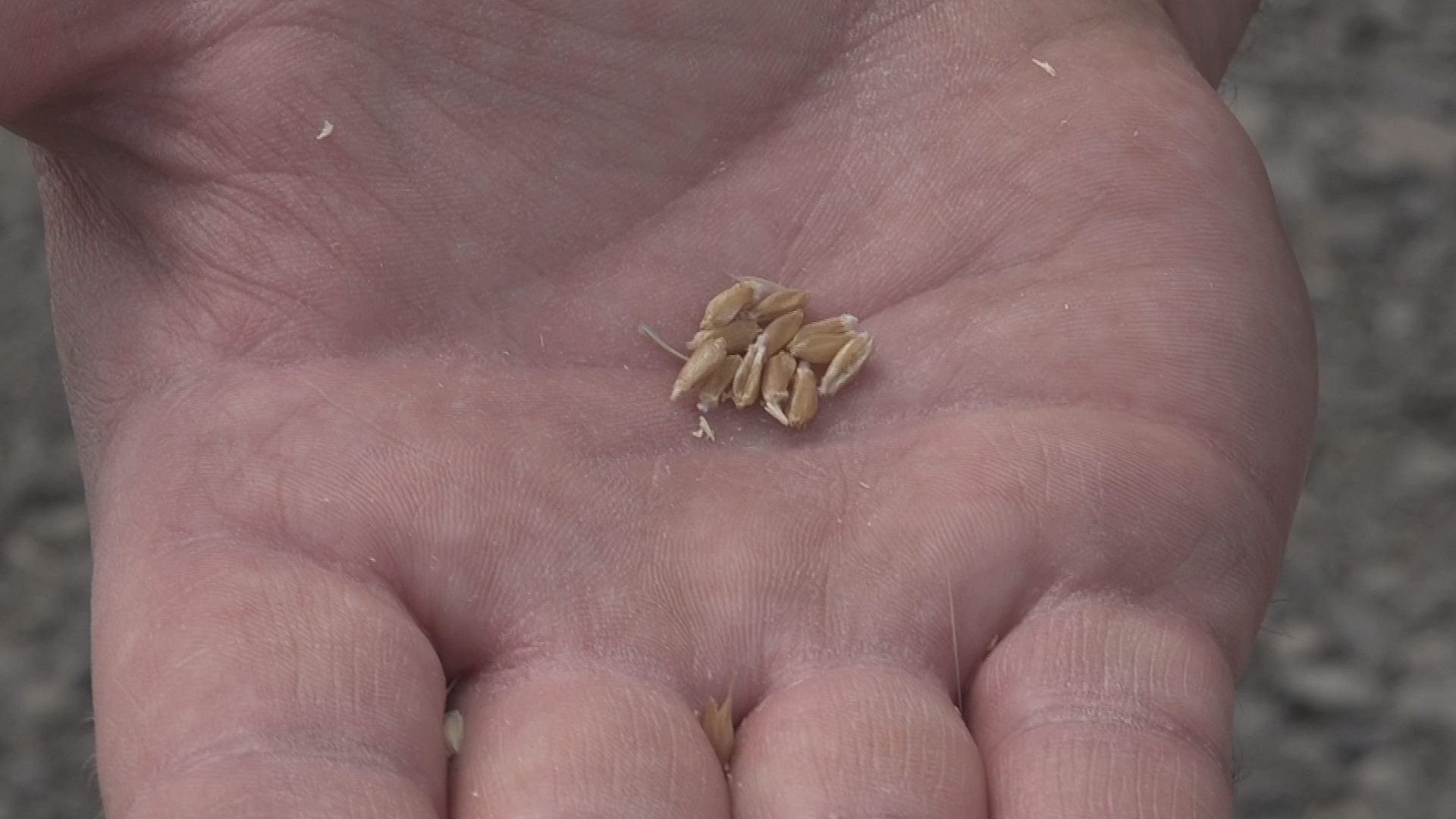 DAVENPORT, Wash. — The Pacific Northwest heat wave caused a drought across the region, decimating farmer's crops. 35 miles west of Spokane, an 8,000-acre wheat field would normally be flourishing. Instead, it is dying.

"When we get too much heat like this, [and] hardly any rain, the kernels are pinched and shriveled," wheat farmer Mike Abbott said.

This harvest will be like no other. Brothers Mike and Pat Abbott are wheat farmers in the tiny town of Davenport.

"If this heat would have held off until like the middle or end of July, our crops would have had more of a chance," Pat said.

"At least half the crop is gone," Mike added.

The combination of high heat, lack of rain and late frost caused much of their field to die, according to the brothers. With the wheat grains that are still alive, they are completely stunted, three weeks before harvest.

"It needs to rain 6.7 inches between July and August to catch up," Mike said. "Yeah, that's how far we're low. If we did have that moisture, the heat wouldn't affect the crop so much."

Their spring and winter wheat are mainly used for pastas, but also for Nabisco snacks like Oreos, Ritz crackers, and Chips Ahoy. With such a low amount of wheat this harvest, they won’t be able to provide as much product, Pat said.

Unfortunately, there isn’t much anyone can do at this point into the harvest, but Mike does have one idea.

"Pray for rain," he said with a laugh.

I am off the airwaves tonight, but I will be back on tomorrow!

I'll be taking you 35 miles west of Spokane. In the meantime, stay safe and hydrated! 🧑‍🌾☀️ @KREM2 pic.twitter.com/rOp3ooU1pM