With parts of Oregon and Washington already getting hit, the major winter storm is expected to bring snowfall and major wind gusts to Idaho starting Tuesday night. 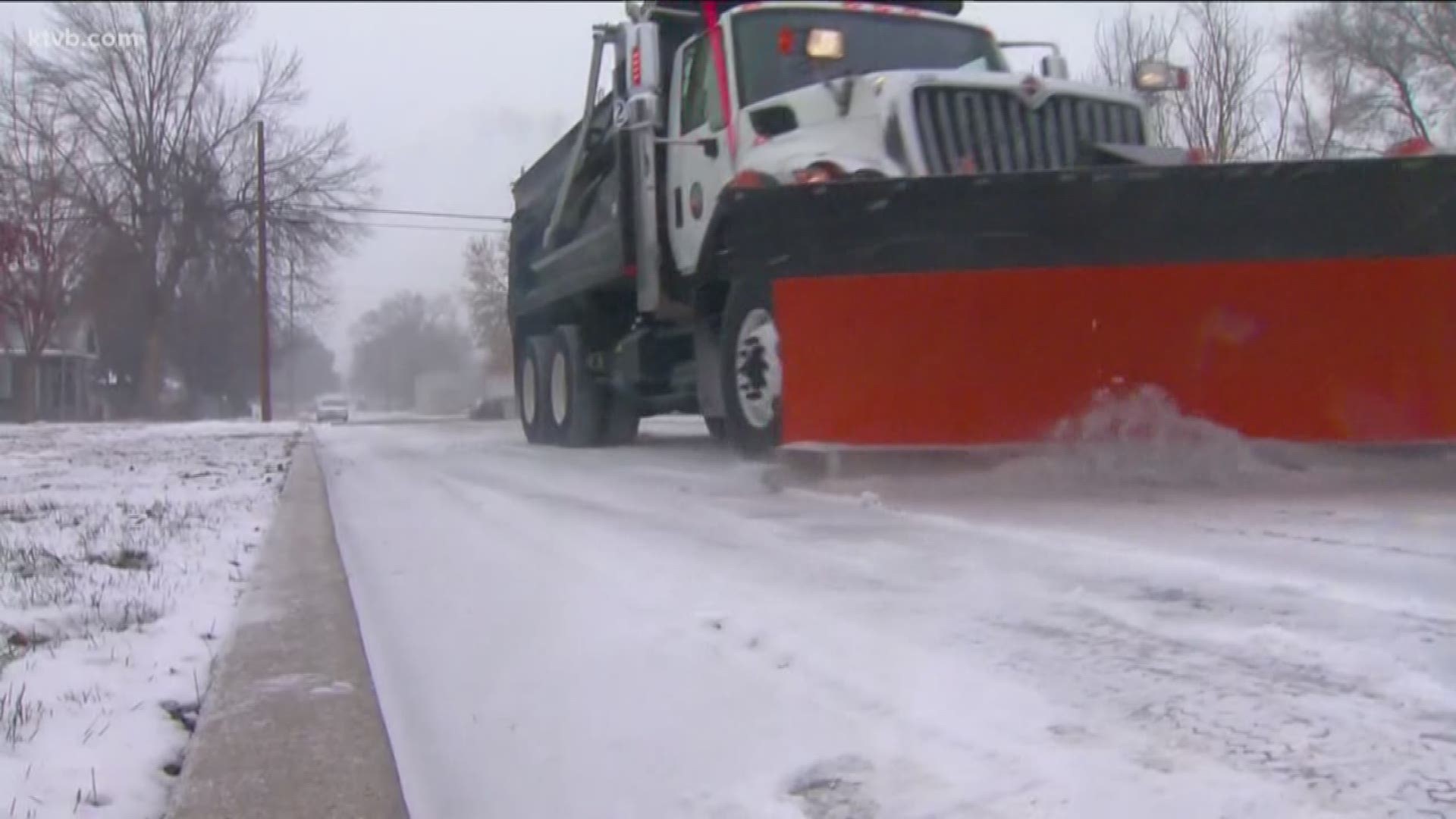 BOISE, Idaho — A major winter storm is already hitting parts of the Pacific Northwest, including Oregon and California.

Officials in Oregon have advised no travel along the southern I-5 corridor, due to whiteout and blizzard-like conditions. The Oregon Department of transportation also reports some downed trees and even a rockfall in the area.

ODOT's website shows, as of 9:30 p.m. Tuesday, there are no winter road condition advisories in place for Interstate 84 from the Idaho border in Ontario to Portland. On U.S. 20, whiteout conditions were reported on Tuesday afternoon, and officials are urging anyone traveling through the state to take their time and check road conditions before leaving.

That same storm is headed for Idaho and is expected to hit late Tuesday night, into Wednesday morning.

According to KTVB meteorologists, the biggest problem in and around the Treasure Valley will be high winds. Mountain passes will be the most dangerous routes, especially early Wednesday morning, due to the treacherous combination of heavy snow and strong winds.

The Idaho Transportation Department's 511 road report shows multiple interstates and highways throughout the state have winter storm warnings in effect for Wednesday, with some extending into Thursday.

ITD warns drivers of a high winds along I-90 around Post Falls to Coeur d' Alene in North Idaho. US 95 also has a high wind warning near Plummer and Bonners Ferry.

RELATED: Snow and wind blasts most of Oregon

Some routes also have winter storm warnings in effect, which mean the potential for anywhere from 3 to 12 inches of snow in certain areas. Those routes include Interstate 15 in Eastern Idaho, ID 75, ID 55, U.S. 93 and U.S. 95.

All road conditions are kept up to date on the 511 website and ITD encourages drivers to check their routes before leaving.

Jake Melder, a spokesperson for ITD, says though the storm will be widespread, there are a few popular routes crews will focus heavily on.

“Down here in [Boise] you can take a look at the flying wye," he said. "Those are really tall, big bridge structures because you can get wind on both sides, above, and below the bridge. They can freeze up pretty quickly so our crews in that area focus there.

"On Highway 16, between here and Emmett there’s a hill called Freezeout Hill which lives up to its name," he continued. "It’s an area that the crews tell me has its own weather system so they keep an eye on that area closely. And the same is true for the Horseshoe Bend Hill [along Highway 55]. Those are some of the higher points that are well-traveled, highly populated areas so our crews pay special attention to those areas.”

ITD also wants to remind drivers that when snowplows are out, stay at least 100 feet behind them and never try to pass them on the right-hand side.