'Another powder day!': It's been a really good week for Idaho ski resorts

Bogus Basin, Brundage Mountain and Tamarack Resort each got several feet of new snow in less than a week. 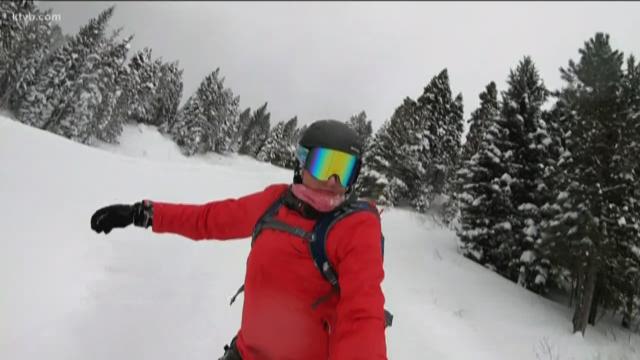 BOISE, Idaho — Ski resorts in southwest and central Idaho have been getting pummeled by a series of snowstorms over the last few days, and they couldn't be happier.

The snow has been falling almost non-stop at places like Brundage and Tamarack. And at Bogus Basin, the conditions are so good, skiers and snowboarders showed up en masse on Sunday, creating a minor parking crisis at the mountain recreation area.

With the snow still falling on Tuesday, Tamarack Resort said it had received 51 inches of snow since the middle of last week. That's more than four feet of powder in just six days, with 32 inches falling since Sunday.

The resort sent us video showing a snowboarder enjoying the pristine conditions on the mountain. Watch the video below:

Nearby, Brundage Mountain reports 29 inches of new snow in the last week, and a foot-and-a-half since Saturday. Cold temperatures have been keeping the snow there light and fluffy.

Bogus Basin welcomed 14 inches of fresh powder since Sunday and just under four feet since Wednesday. That brings the season total for mountain recreation area outside of Boise to 113 inches (more than nine feet).

In Sun Valley, Bald Mountain picked up four inches of new snow since Monday afternoon and nine inches since Saturday.

Pomerelle Mountain Resort in southern Idaho reports four feet of accumulation in the last week, with 30 inches of that falling since Sunday.

Soldier Mountain Ski Area, outside of Fairfield, got about 21 inches during the three-day span from Saturday to Monday.

The snowstorms will taper off starting Wednesday morning with cold, sunny weather expected mid-week. More snow is expected later in the week, but it likely won't bring the big accumulations of the last few days.

RELATED: Snow showers will hit Tuesday afternoon but will clear out overnight