The Treasure Valley also woke up to a fresh layer of snow. 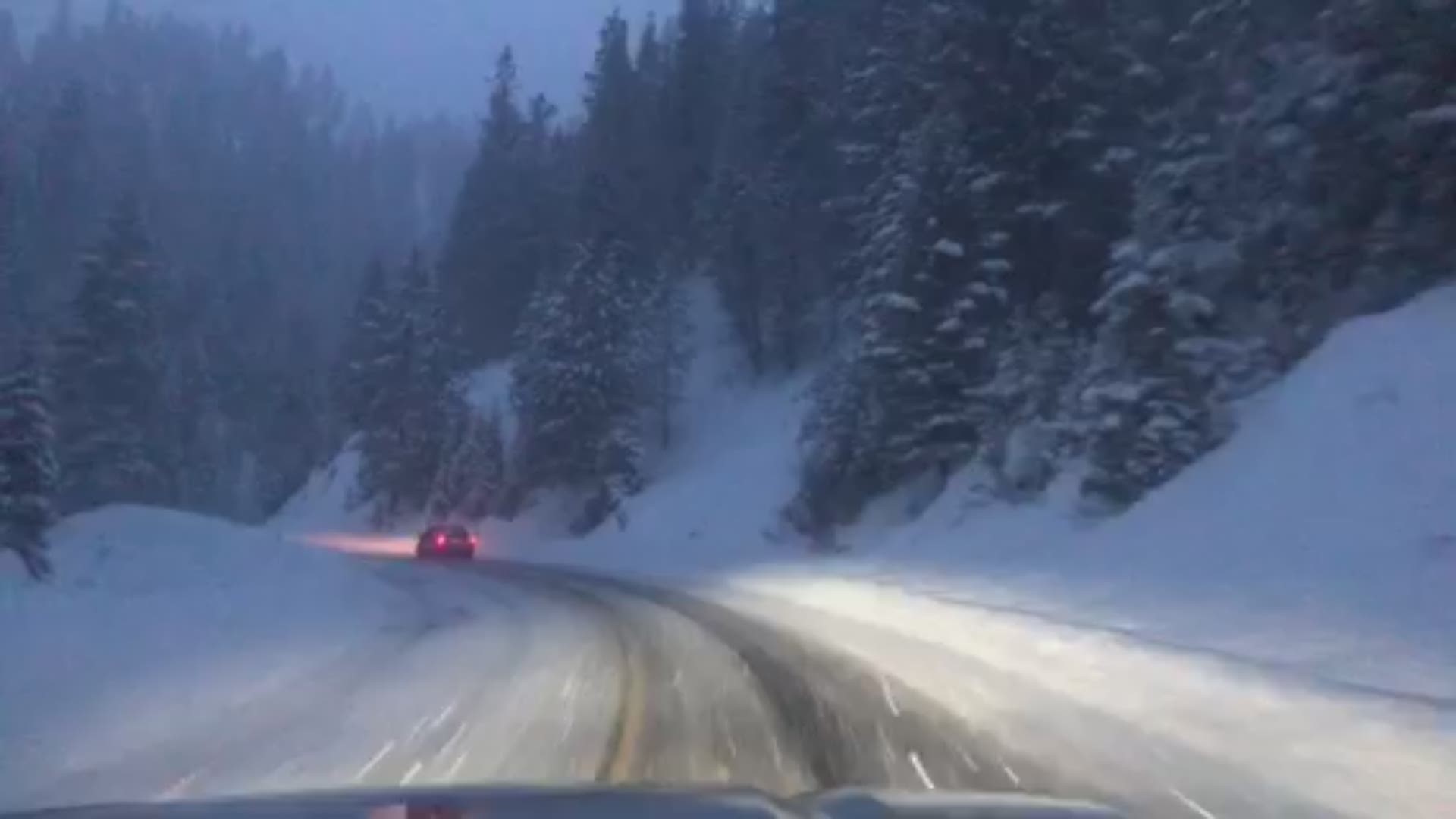 A major winter storm continues to drop big accumulations of snow throughout southern and central Idaho on Sunday.

That's good news for skiers and snowboarders, but means a slow commute for anyone traveling through Idaho's mountain areas.

While the precipitation is expected to turn into rain as temperatures rise at lower elevations, the flakes will continue to fall at higher elevations.

Winter storm warnings are in effect for much of the region through Tuesday as storms continue to roll through.

With more than a foot of new snow reported in parts of Valley and Boise counties, and several inches in some Treasure Valley locations, the Idaho Transportation Department is urging drivers to use extra caution on Idaho's highways and interstates.

Idaho Highway 21 remains closed Sunday morning north of Idaho City due to deep snow on the road, and the possibility of avalanches in the area. The highway closed Saturday between Idaho City and Lowman, and as of Sunday morning remained closed, according to ITD. The road is also closed north of Lowman between Grandjean and Banner Summit - in an area known as Avalanche Alley - due to avalanche danger.

The snow isn't limited to the southern half of the state. Many highways leading to the Palouse in North Idaho are snow-covered, prompting a warning from the University of Idaho. Students returning to school are being told to "use caution and consider your personal safety before you make travel arrangements back to campus."

Drivers are urged to check ITD's 511 page before heading out on Sunday.

Skiers and snowboarders woke up to prime powder conditions at many of Idaho's ski resorts. As of late Sunday morning Bogus Basin is reporting 9 inches of new snow overnight, with the snow still falling. The mountain recreation area has received about a foot since Saturday morning.

Tamarack Resort reports 9 inches of new snow since Saturday morning, with a storm total of 18 inches.

Brundage Mountain got 4 inches of fresh powder since 5 p.m. Saturday, and more than a foot since Friday.

The snow totals for all three resorts are expected to climb over the next couple days.

KTVB Chief Meteorologist Rick Lantz said Saturday night the snowfall will continue through the weekend into the middle of the week. Ski resorts can expect 1 to 3 feet of new snow through Tuesday.

RELATED: More snow on the way through mid-week in the Treasure Valley - FEET in the mountains

Members of KTVB'S Idaho Weather Watchers Facebook group have been sharing photos and videos of snow throughout southwest and central Idaho. Reports from viewers range anywhere from a dusting of snow to several inches in some valley locations. Mountain communities like Cascade and Idaho City got a lot more.

The National Weather Service in Boise said in a tweet that a little more than an inch of snow had fallen at the Boise Airport as of about 9 a.m. Sunday. An unofficial measurement at the KTVB studios in Boise showed almost two inches of heavy, wet snow at about 11:30 a.m.

According to the NWS, a band of heavy snow showers continues to push through the valley. Officials there recommend that drivers watch out for reduced visibility on roadways.