Colder temperatures will yield fluffier snow that piles up quickly, but it won't contain much water once it's all melted down. 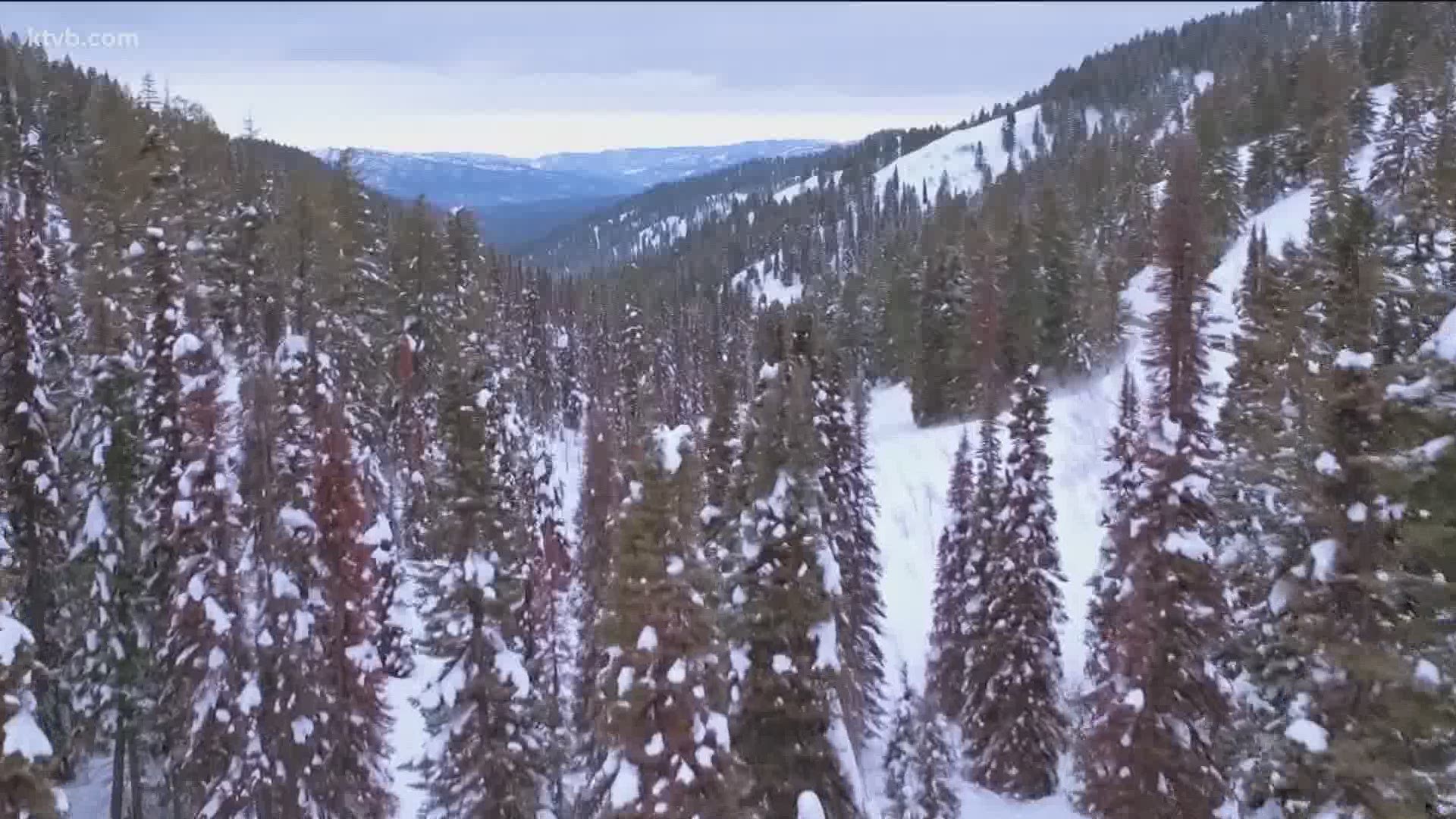 BOISE, Idaho — For those of us who live or play in the mountains during the winter, we know how fun the snow can be.

But that snow offers more than just recreation: It's vital for irrigation, hydropower, and wildlife.

"A healthy snowpack is what provides soil moisture for our luscious forests and vast range-land, and can mitigate an over-active fire season when the weather heats up," KTVB meteorologist Bri Eggers said.

Idaho's mountains get a significant amount of snow over the winter, measuring in feet rather than inches. But the question of how much water is in that snow is not always easy to calculate.

The Natural Resources Conservation Service, or NCRS, does snow surveys each month through the snowpack season to measure the snow-water equivalent.

"Colder temperatures will yield fluffier snow that piles up quickly, but it won't contain much water once it's all melted down," Eggers said. "In contrast, a warmer snow storm will yield a wetter/heavier snow, which won't measure as high on a yardstick, but if it's melted down, will contain more water."

It's these measurements that help to form a plan for the spring, as that water is released into our river system.

As snowmelt occurs and the calendar turns over into summer, the same snow Treasure Valley residents skied on in the winter can be the very same water they float on in the hotter months.