Many mountain ski areas throughout southwest and central Idaho will have partial openings on the holiday weekend. 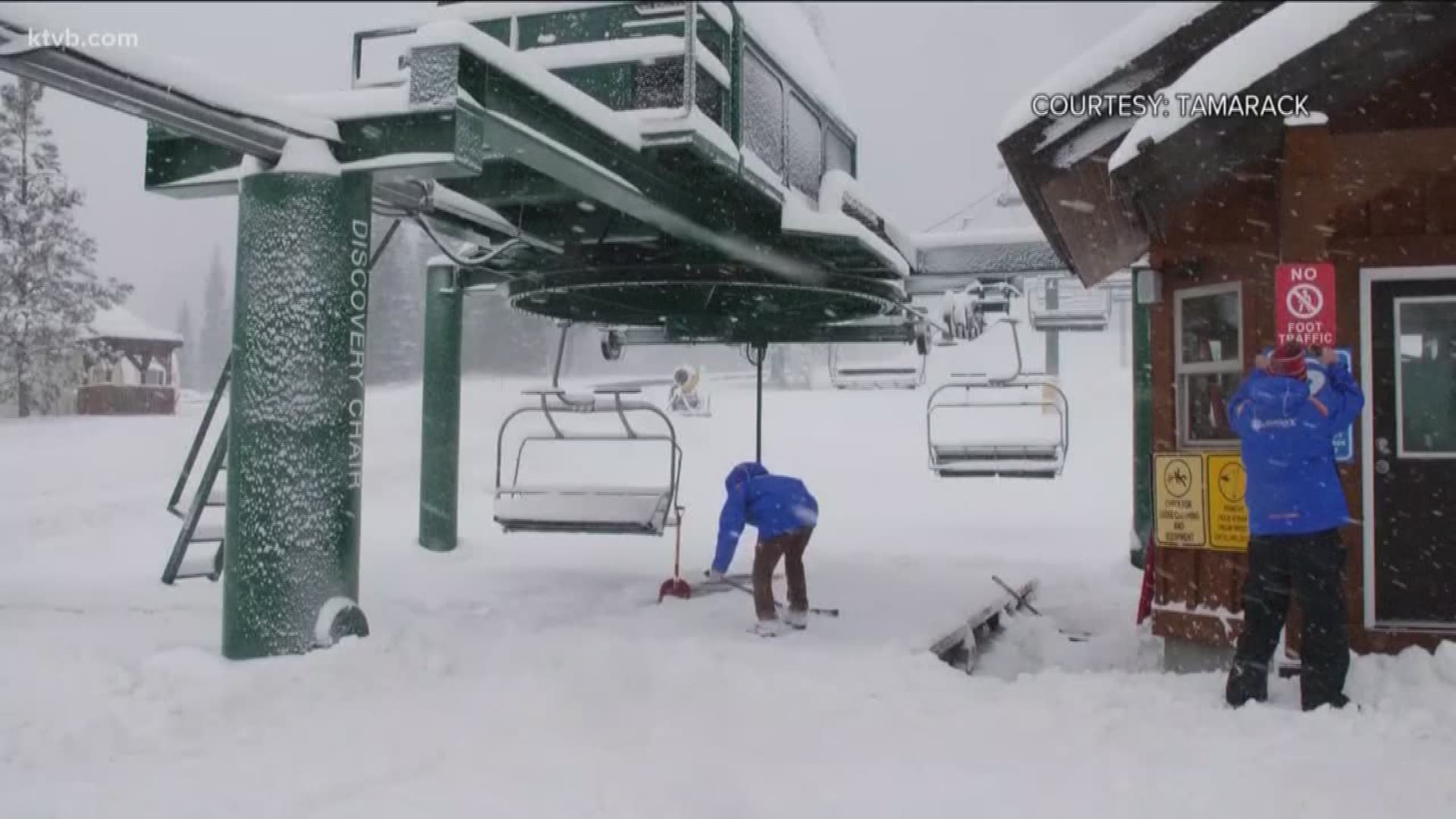 While some places like Boise were largely passed over by the storm, other parts of the state were hit with several inches of snow.

Photos from Cascade show between 2 and 6 inches throughout the area.

In Blaine County, the National Weather Service reported up to 13 inches in Hailey.

Hailey Police Det. Todd Peck told KTVB by phone Wednesday that wind wasn't a problem but all the snow was causing visibility problems for drivers.

“Definitely the snow is very thick and is falling heavily so yeah, you get up on the highway to a higher speed and it will definitely limit your vision,” he said.

According to Peck, ID 75 near the Hailey airport and the area just north of Hailey was causing a few concerns for drivers.

While more than a foot of snow is not unusual for Hailey, law enforcement has stayed busy since the storm.

“Obviously our road conditions are pretty bad," he said. "So we’ve had a lot of stuck vehicles and about three wrecks so far [Wednesday morning].”

Sun Valley Resort got 12 inches of new snow overnight as it readies to open five lifts and 10 runs on Thanksgiving Day.

Tamarack Resort got at least 10 inches and plans to open a beginner's run and lift Friday through Sunday of the holiday weekend.

Bogus Basin got about six new inches of snow. The nonprofit mountain recreation area plans to open Friday through Sunday with five lifts, three runs, as well as the terrain park and tubing hill.

Brundage Mountain Ski Resort in McCall got around 7 inches of fresh snow this week and will open lodge services for the holiday weekend. However, no slopes or lifts will be operating yet.

In just 24 hours, Pomerelle got another 18 inches. It will also open this Friday. Employees at the resort tell KTVB they don't have an exact number of how many runs or lifts will be open quite yet but the goal is to have at least 70 percent of its operations running.

KTVB was unable to contact anyone with Soldier Mountain in Fairfield but according to the ski area's Facebook page, there is not a set date for opening day. There is, however, a scheduled "Pray for Snow Party" set for December 7.