Much cooler Monday, with scattered showers a good part of the week 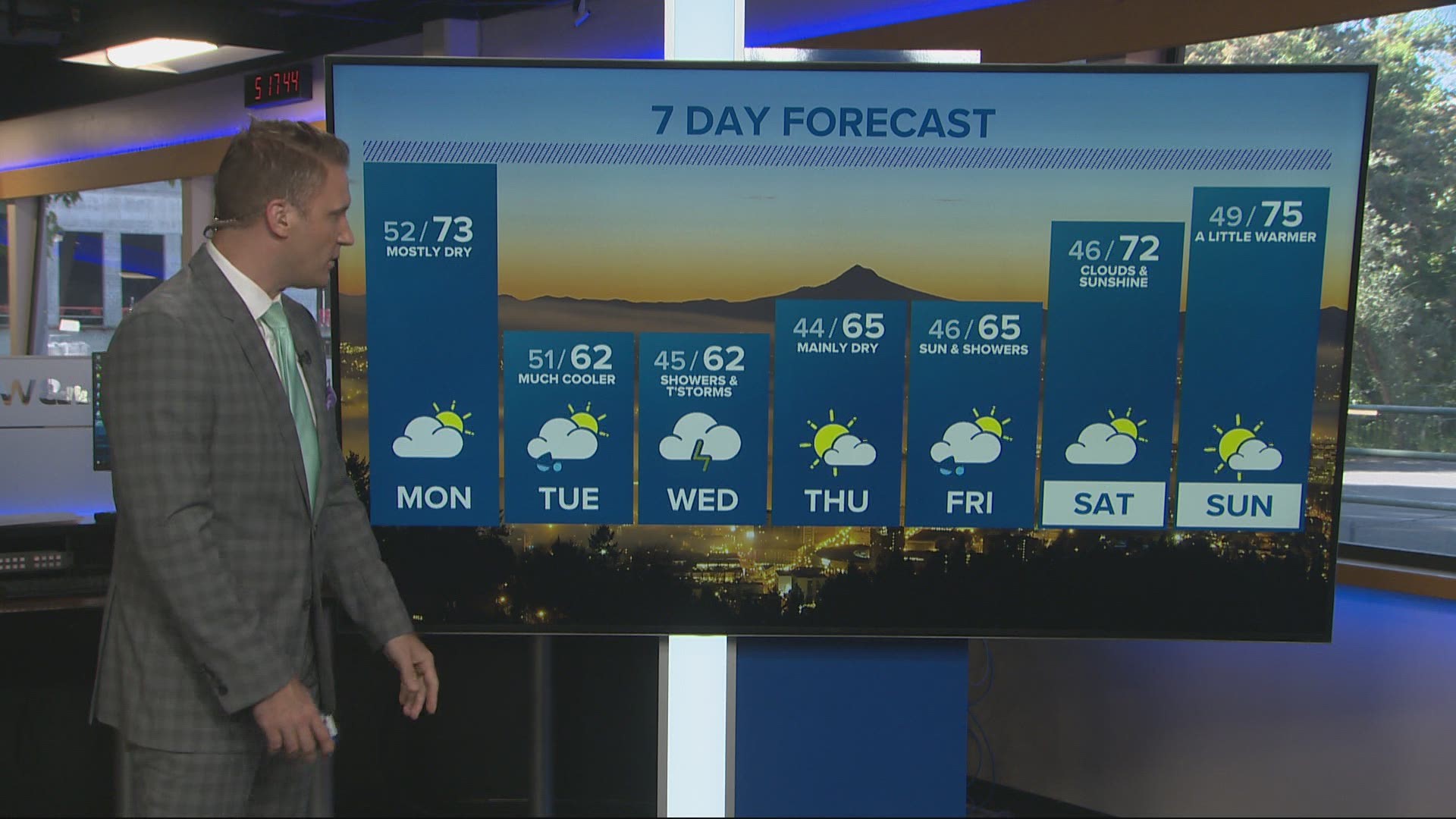 PORTLAND, Oregon — We did it again....for the 8th day this year we have seen temperatures in the metro area 80 degrees or warmer! Tomorrow won't be as nice as a system from the Gulf of Alaska brings increasing clouds late tonight and into a good part of Monday.

We could see some light showers pop up by the later part of Monday afternoon, but the heavier showers won't start to move in until late Monday night and into Tuesday. Temperatures are going to be much cooler this week too, with highs only in the low to mid 60s starting Tuesday.

Rainfall amounts will be on the lighter side as a series of a weak disturbances bring in scattered showers a good part of the week, but at least we're seeing some showers move into our area. So far we've only seen .07" of rain this month.