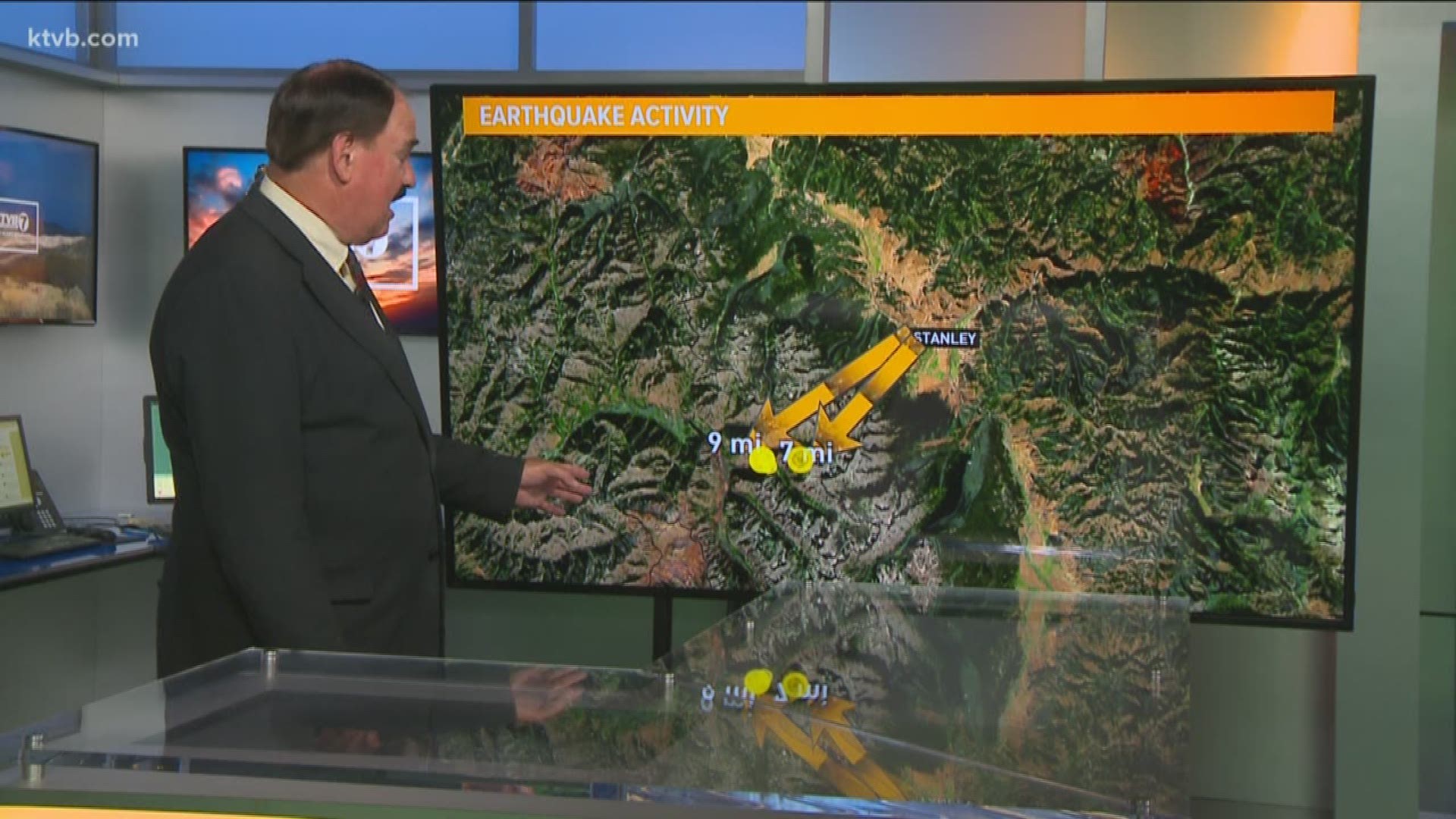 The first earthquake, measured at a 3.0 magnitude, happened about six miles northwest of Stanley along Idaho 21 at about 8:04 p.m. Thursday.

It was followed by two stronger earthquakes - at 4.0 each - which came seconds apart at about 2:15 a.m. Friday. The 4.0 quakes were recorded about eight miles southwest of Stanley in the area of Baron Peak.

The earthquakes are the latest in a series of more than 1,000 aftershocks that have hit in the wake of a 6.5-magnitude quake recorded near Challis on March 31. Most of the aftershocks that followed were too small to be felt.

Scientists say that aftershocks could continue in that fault zone for a few years, although none are expected to be larger than the original quake. For more information, visit the USGS Earthquake Information page here.

Two strong aftershocks back to back this morning at about 2:15 am just to the southwest of Stanley. Both were 4.0 and followed by a 3.0 about 23 minutes later. pic.twitter.com/GlRtA8HjPh

RELATED: More than 1,000 quakes have rattled Idaho since March 31

Watch more 'Earthquake Ready or Not'