Storms swept through the Treasure Valley Thursday night knocking down trees and other debris. 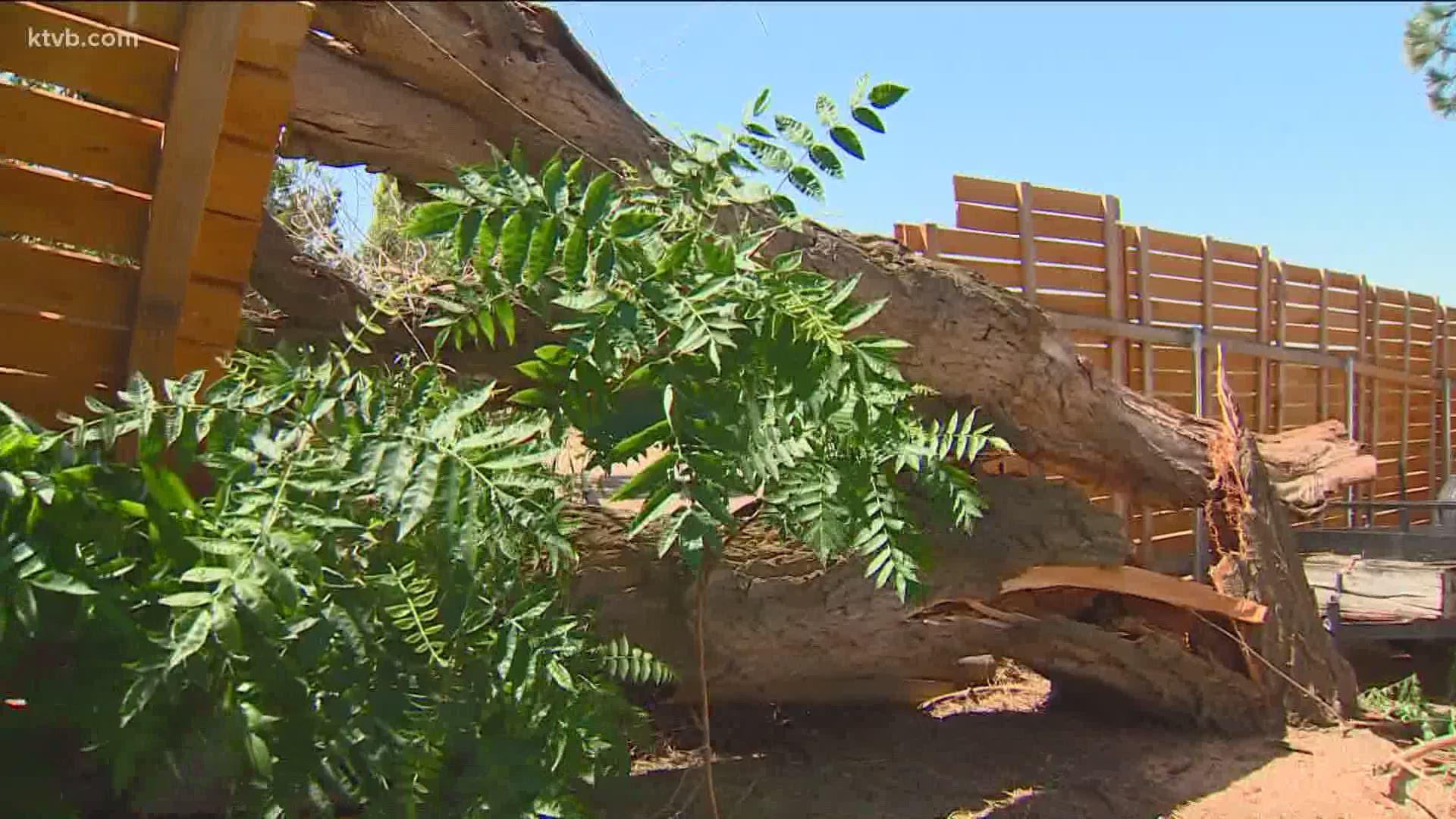 After days of dry heat, storms swept through the Treasure Valley. Linda Riecke has lived in Sand Hollow for 23 years, but she’s never seen anything like Thursday night’s wind.

Years ago an awning was pulled off the trailer, but at 7:30 Thursday night her willow tree was knocked over. It crashed into the neighbor’s fence and onto their property. The violent winds were fleeting, lasting only about 30 minutes, according to Riecke.

“Then the electricity went out of course for hours, and then we come out and see the tree was down,” Ricke said. “Didn’t even hear it because of the wind. You’d think you’d be able to hear the tree crackle as it went down.”

Twenty miles north in Ontario, winds up to 24 miles per hour were recorded, according to KTVB meteorologist Larry Gebert. Sand Hollow doesn’t have a gauge, but with this damage, Gebert estimates it was twice that.

“Winds like that are usually around the range of 50 miles per hour plus,” he said.

Meteorologists can’t officially classify the wind as a microburst or a downburst – strong, straight, ground level winds – but Gebert is not surprised that people lost power.

“We’re saying it's somewhere between downburst and microburst,” Gebert said. “But there is no question it was strong enough to do enough damage in the area that it could have been far worse.”

As for Riecke and her newfound task to repair the neighbor’s fence, she’s doing okay. In fact, she’s thankful.

“I said thank you Lord for protecting us,” she said. “We’re okay. Everything else is okay. No damage to the car or the house.”

As for how you can protect yourself in a windstorm, Gebert has a simple tip: if there’s thunder outside, you should be inside.