It's a cooler start to the work week, before temps head back into the 90s 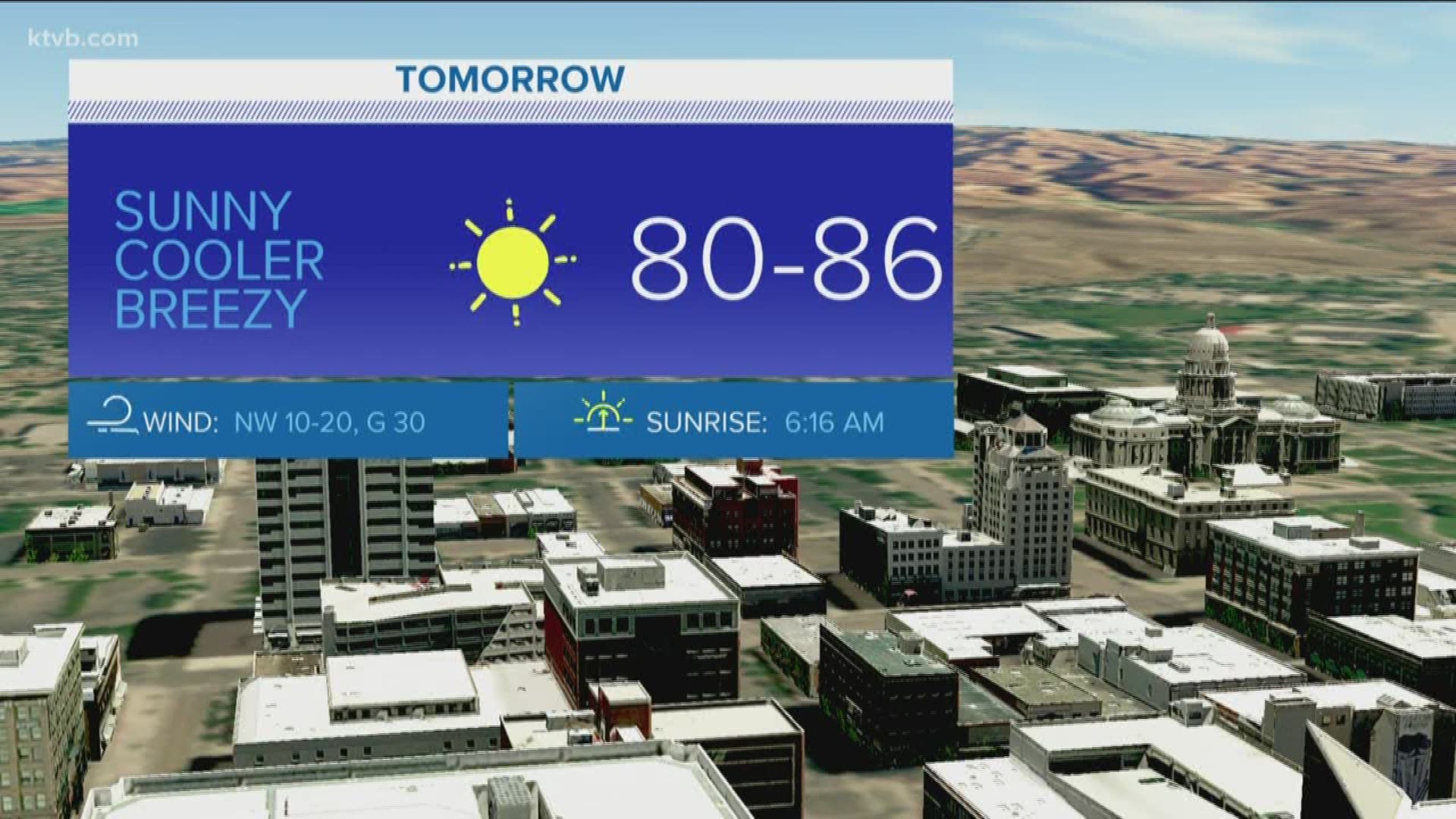 BOISE, Idaho — After a high of 101° on Saturday (Boise's first triple-digit day of the year, so far), temps will be significantly cooler heading into the workweek.

This drop-in temperatures over the weekend has become "business as usual" in our summer weather pattern so far.  Except for this time around, seeing high temperatures go from 101° to the low 80s will be a nice change - when compared to seeing highs in the 80s dip down into the 60s (like we saw in June 2020)!

The front that is moving through won't be very noticeable; that is, it's mainly dry.  We will see more cloud cover move through late tonight, and the breeze will pick up a touch.  It's still a bit breezy into Monday as well, with wind out of the NW 10-15 mph, gusting to 25 mph.

The week ahead looks dry - even for mountain areas.  There's lots of summer sunshine in this 7 day forecast!

High temps will stay in the 80s for Tuesday, before another warm-up moves in.  It's back closer to 90° on Wednesday - and even hotter to end the week.

In the long-range, forecast models favor mainly dry conditions and warmer than normal temperatures for the region.  The summer stretch rolls on...  If this next week is your vacation week, you picked a good one!  Enjoy!