Snow during Boise State's home-opener at Albertsons Stadium? Only in 2020. 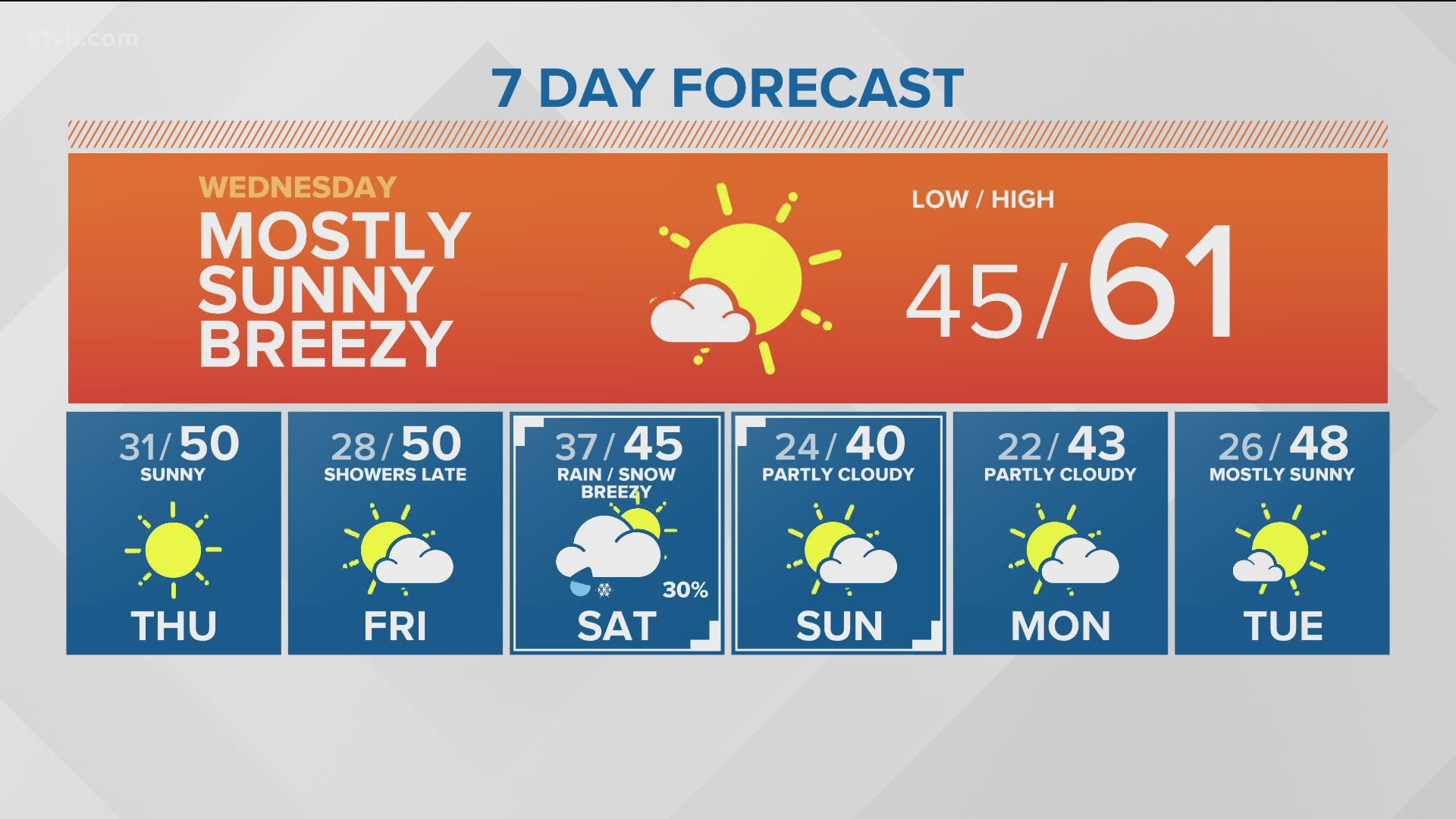 BOISE, Idaho — Warning: The following news may make some viewers clinch their pumpkin-spiced everything or their long-johns. The Treasure Valley has a chance of seeing some snowfall this weekend.

A strong colder system from Canada will bring rain Friday evening to the Treasure Valley and push seasonal temperatures out of Southern Idaho. The approaching storm has already cancelled one Halloween-related event in downtown Nampa this weekend.

On Saturday, when the Boise State Broncos host Mountain West foe, the Utah State Aggies at Albertson Stadium, temps will drop, changing the rain into a rain-show mix by the afternoon. However, none of it will stick and won't accumulate on the valley floor.

Until Friday afternoon, the Treasure Valley will experience seasonal temperatures including highs in the low to mid-60s on Tuesday and Wednesday. Thursday will be a little cooler, with highs around 50 and Friday morning will be similar.

Even though Saturday is Boise State's home opener, Bronco Nation won't need to worry about bundling up on the cold seats at Albertsons Stadium, or the chill breeze that comes off of the river.

Due to the ongoing COVID-19 pandemic, no fans will be allowed to attend the game in person, but the university is offering $50 cutouts that fans can put their photo on. The cutouts will be placed in Albertsons Stadium and fans will be able to pick them up and keep them at the end of the season.

In downtown Nampa, Saturday's Halloween event is canceled due to the rain-snow mix forecast, according to a city spokesperson. Originally, the city had planned on showing a movie at Llyod Square with food vendors.

But with temps forecasted in the 40s and wind gusts up to 15 mph, organizers canceled the event. The city spokesperson added that the movie screen isn't recommended to be used when there's wind over 10 mph.