Thunderstorms, soaring triple digits on the horizon for southwestern Idaho

The forecast for the Treasure Valley area is calling for thunderstorms followed by a major spike in temperatures. 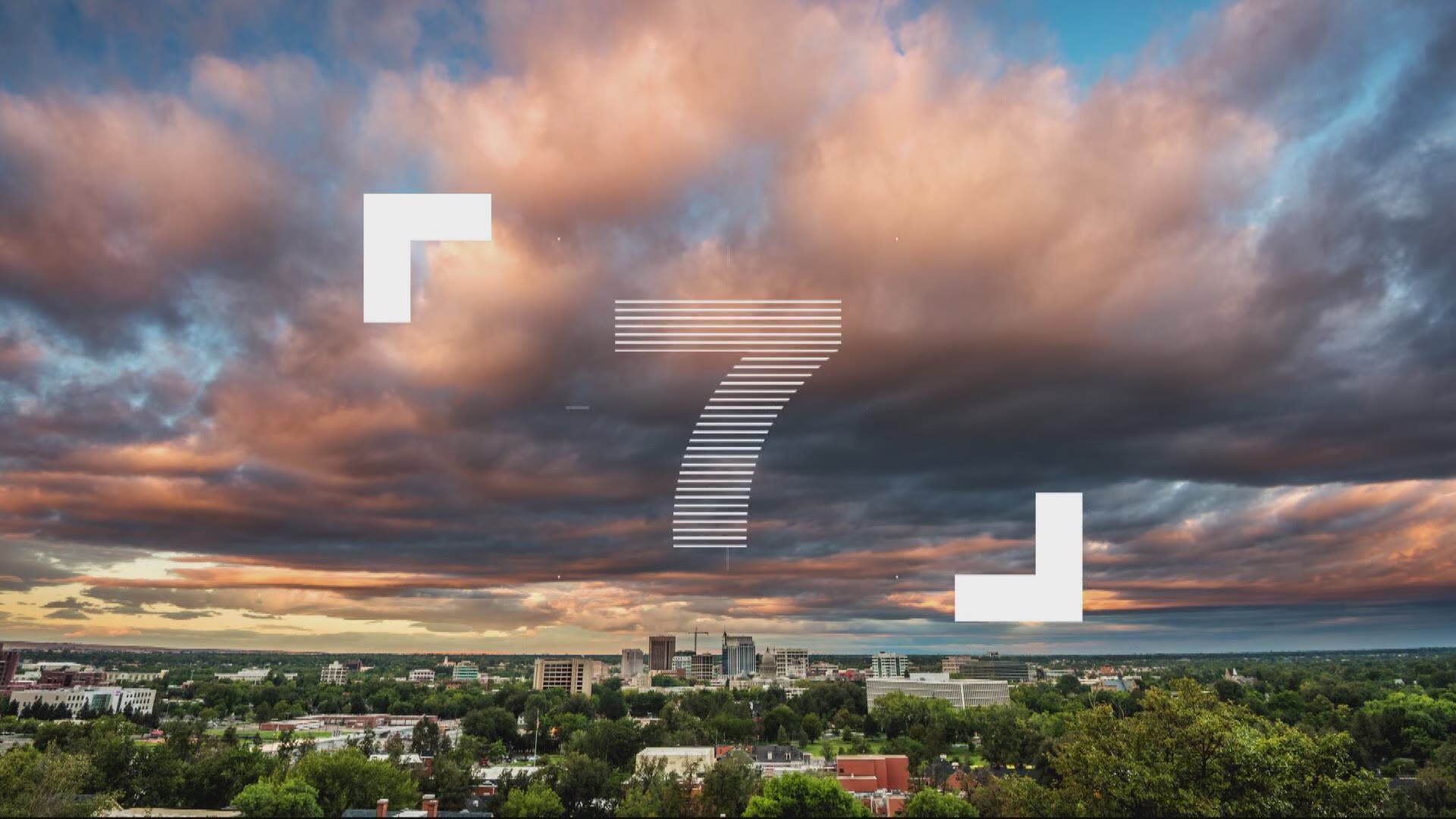 BOISE, Idaho — The forecast for the Treasure Valley area is calling for thunderstorms followed by a major spike in temperatures, a combination with the potential to lead to more wildfires.

Unsettled air is expected to bring isolated storms to the region by Tuesday evening, with the potential for thunder, lightning strikes, and strong winds, along with brief periods of rain.

The National Weather Service has issued a High Wind Watch for southwest Idaho and eastern Oregon from 5 p.m. to 10 p.m. Tuesday, warning of 60 mph gusts and blowing dust.

According to KTVB Meteorologist Larry Gebert, the storms will primarily be in mountainous areas, with the Idaho-Oregon border area and the Idaho-Nevada border hit the hardest.

Any respite the rain brings will be short-lived.

⚠️⛈ HIGH WIND WATCH has been issued for southwest Idaho and eastern OR from 5pm MDT to 10pm MDT.
• Thunderstorms will be capable of outflow wind gusts up to 60mph
• Areas of blowing dust.
Stay tuned for updates! #idwx #orwx pic.twitter.com/q2WeBTHbwj

Temperatures will spike to possible record-breaking highs by the weekend and beyond. Both Saturday and Sunday are expected to break 100 degrees, followed by a projected high of 105 for Monday and a soaring 108 by next Tuesday.

The high temperatures are projected to top 20 degrees above normal for this time of year, Gebert says.

The region is already contending with the early stages of drought, spurred by early-melting snowpack in the mountains coupled by below-average rain. Officials have warned that 2021 could be a particularly bad year for wildfires, and already crews around the state have battled multiple fire starts.

💥If you choose to set off your own fireworks this fourth of July, please do it responsibly.🧨

Everyone in Idaho can help protect the state and their neighbors during hot, dry conditions. Those recreating in the outdoors are urged to be vigilant with their campfires and any outdoor burning, as well as be prepared to prevent and quickly douse a fire while shooting recreationally.

In addition, residents should be aware that fireworks are illegal on public land, including in campgrounds.

Any smoking material or campfire should be completely out and cool to the touch before you leave the area. Anyone who starts a wildfire - even unintentionally - may be subject to prosecution and hefty fines.