Another round of snow in Spokane, Winter Storm Warning in northern Washington

Another round of light snow is in the forecast for the Spokane area on Saturday. 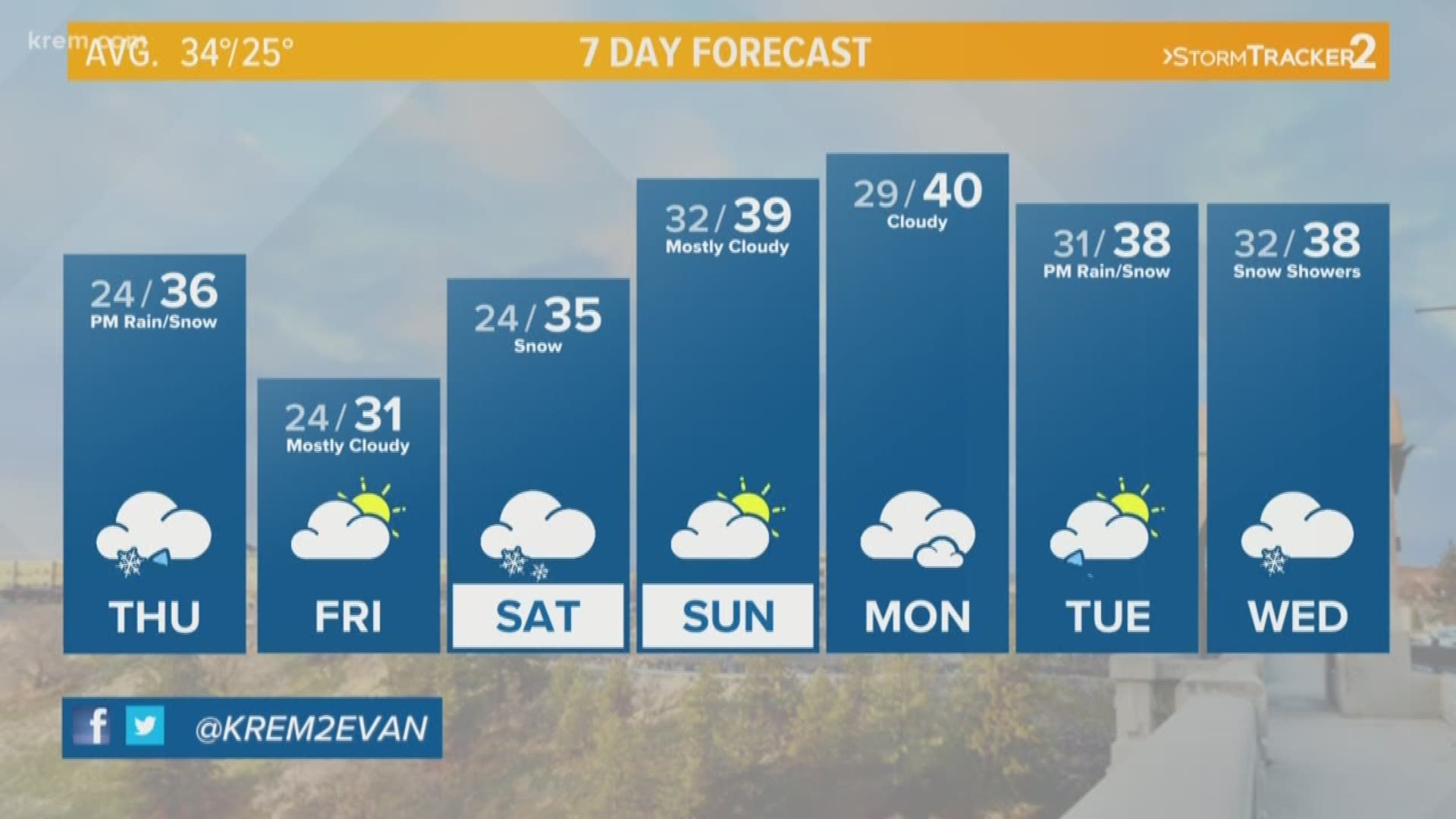 SPOKANE, Wash. — It's been a snowy January in Spokane so far. Wednesday marked the sixth day in a row that the Spokane area has seen some amount of snow.

Snow began falling in Spokane at about 8 p.m. on Wednesday. KREM's Evan Noorani says about one inch of snow fell in Spokane, with more in North Idaho.

The Coeur d'Alene School District wrote on Twitter that the area received three inches of new snow since Wednesday night.

An additional inch of snow is possible in Spokane on Thursday, followed by a dry Friday. More light snow is expected to move into the Inland Northwest on Saturday.

A Winter Storm Warning in effect for northern and northeastern Washington tonight until 12 p.m.on Thursday. Valley locations north of Highway 2 will see between 3-7 inches of snowfall, with 6-12 inches in the mountains.

The National Weather Service says blowing and drifting snow is possible in the Okanogan Valley on Thursday.

A handful of schools in central and northern Washington closed or opened late on Thursday due to winter weather.

A warm front has brought overnight temperatures into the low 30s, and Spokane residents can expect highs in the mid to upper 30s on Thursday afternoon.Friday is expected to bring a break from the snow.

RELATED: Snow totals well above average for January, and season, so far in Spokane

That break won't last long, with more snow in the forecast late Friday night into Saturday and again early next week.

Heavy snow is expected in the Cascades and northeast mountains on Saturday.

Temperatures over the next week will sit near normal. Afternoon temperatures are expected to be in the upper 30s, with overnight lows in the mid-20s.