What the massive locust swarm in Africa and the Middle East means to the U.S.

New swarms of locusts are forming in the Horn of Africa, with Kenya, Ethiopia and Somalia specifically most at risk. 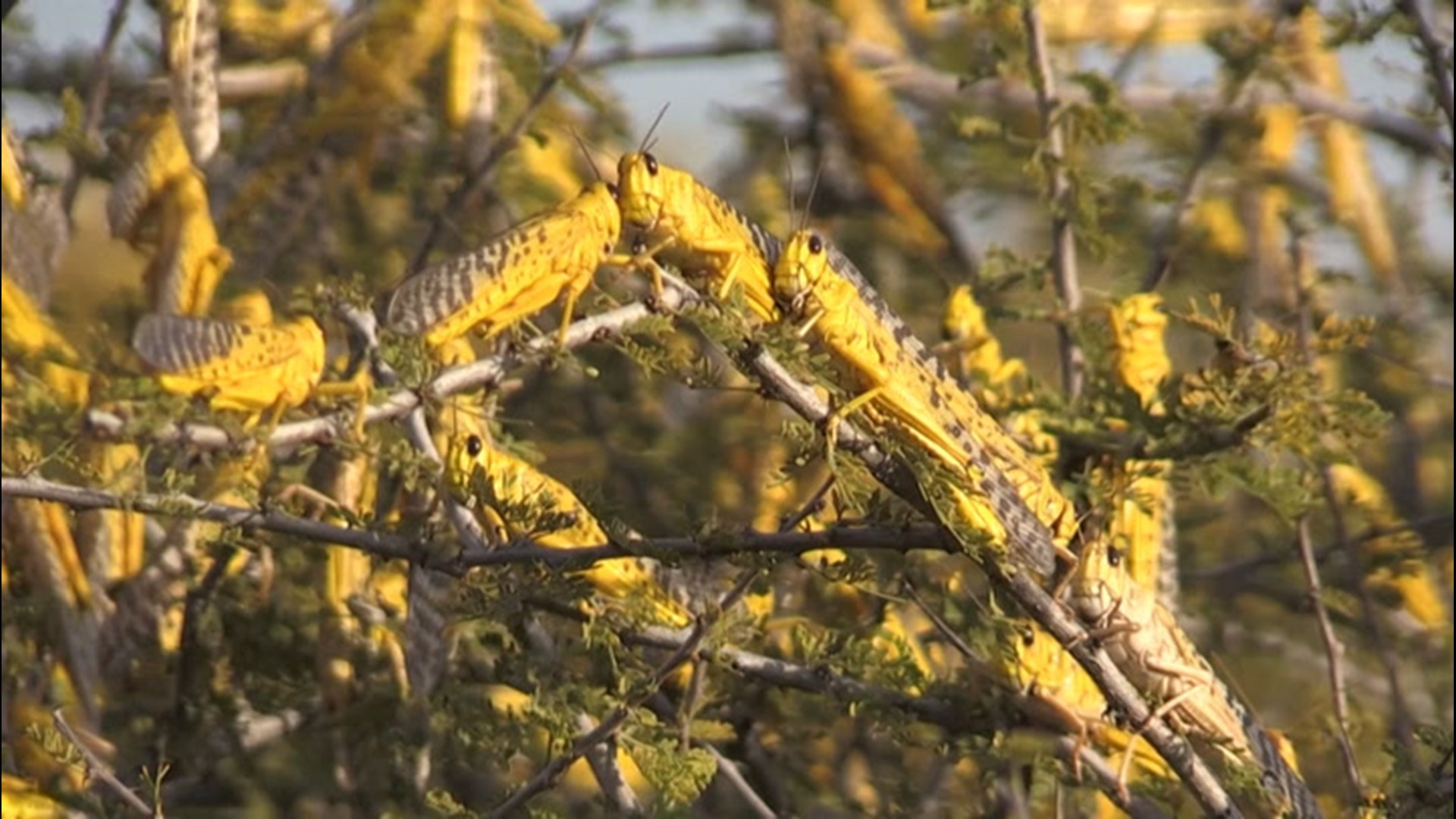 Amid worldwide concerns over the new coronavirus, an age-old but now "extremely alarming" problem is developing in several countries that represents "an unprecedented threat to food security and livelihoods" as the start of growing season approaches for these parts of the world, according to the Food and Agriculture Organization (FAO) of the United Nations.

New swarms of locusts are forming in the Horn of Africa, with Kenya, Ethiopia and Somalia specifically most at risk. Swarms are also forming in Pakistan, Iran, Saudi Arabia and India. The FAO has requested $138 million to help control the situation, to protect farmers' livelihoods and to help those affected.

The weather initiated the crisis. In 2018, cyclones from the Indian Ocean hit the Arabian Peninsula near the borders of Saudi Arabia, Yemen and Oman and warm weather at the end of 2019, combined with unusually heavy rains, created the ideal conditions for the locusts.

"When you have rains associated with cyclones, they're much stronger than normal," Keith Cressman, the FAO's senior locust-forecasting officer told New York Magazine. "When those rains fall in desert areas with sandy soil, that will flood the soil. Once those floods recede, the soil retains so much moisture that it allows desert locust females to lay their eggs probably for a period of around six months."

The locusts spread rapidly and national emergencies have been declared in Pakistan, Jordan and Somalia. More than 140,000 acres of crops have been damaged in Pakistan alone since last April.

The United States cotton industry may benefit as a result of the tragedy because countries like Pakistan will need to rely on imports rather than their own production. The textile industry is Pakistan's biggest employer and generates 60 percent of its exports. Because of the locusts, the country is expected to fall 25 to 30 percent short of its targeted production goal for cotton.

"This is the worst locust attack we have seen since 1993," Falak Naz, director general of crop production at Pakistan's Ministry of Food Security, told Bloomberg News.

"Cotton is critical to Pakistan's economy," said AccuWeather consultant Jim Candor, a long-time meteorologist. "Last year, U.S. cotton exports to Pakistan were $618 million, or about 10 percent of total U.S. cotton exports. Pakistan imported 40 percent of the cotton it needed - 39 percent of which came from the U.S. If Pakistan has a bad year of cotton production, then they would obviously need to import that much more - there is a good chance the U.S. could be the source of much of the additional cotton."

The FAO forecast for the locust swarm from March through June 2020 includes increases of up to 400 percent in some locations on the Horn of Africa during the time period (see map). This is particularly problematic for areas unaccustomed to handling locust infestations, such as Kenya, which has encountered locust swarms just twice in the last 70 years.

The weather could also play a role in ending the locust swarms. Most immediately, insecticides are used to kill the locusts, but a failure of the seasonal rains could assist. "That's usually how mother nature helps to bring these things under control," Cressman told New York Magazine. "[Also] sometimes the winds will push locusts into areas they just don't want to be in, ... cold areas where they would die, or areas that are very tropical where they would pick up a lot of pathogens and die."

Could a locust infestation occur in the U.S.? Not likely these days, although locusts decimated American farmers in the past. "The chances of this happening today are much smaller," Nicholls said. "There are modern means of controlling it - pesticides and so much technology."

However, during the 1800s, Rocky Mountain locust swarms periodically destroyed U.S. crop fields. Within a short span of hours, locust swarms could blow in and devour everything a farmer had -- crops, fabric, clothing and more, according to a Farm Progress story.

In fact, in 1875, the largest locust cloud in world history was recorded over the Midwest, according to Jeffrey Lockwood's book "Locust." It covered 198,000 square miles -- larger than all of California -- and was estimated to contain several trillion locusts and perhaps weighed several million tons.