The cancellations in Denver and other cities come as millions of Americans prepare to take to the skies for the Thanksgiving holiday. 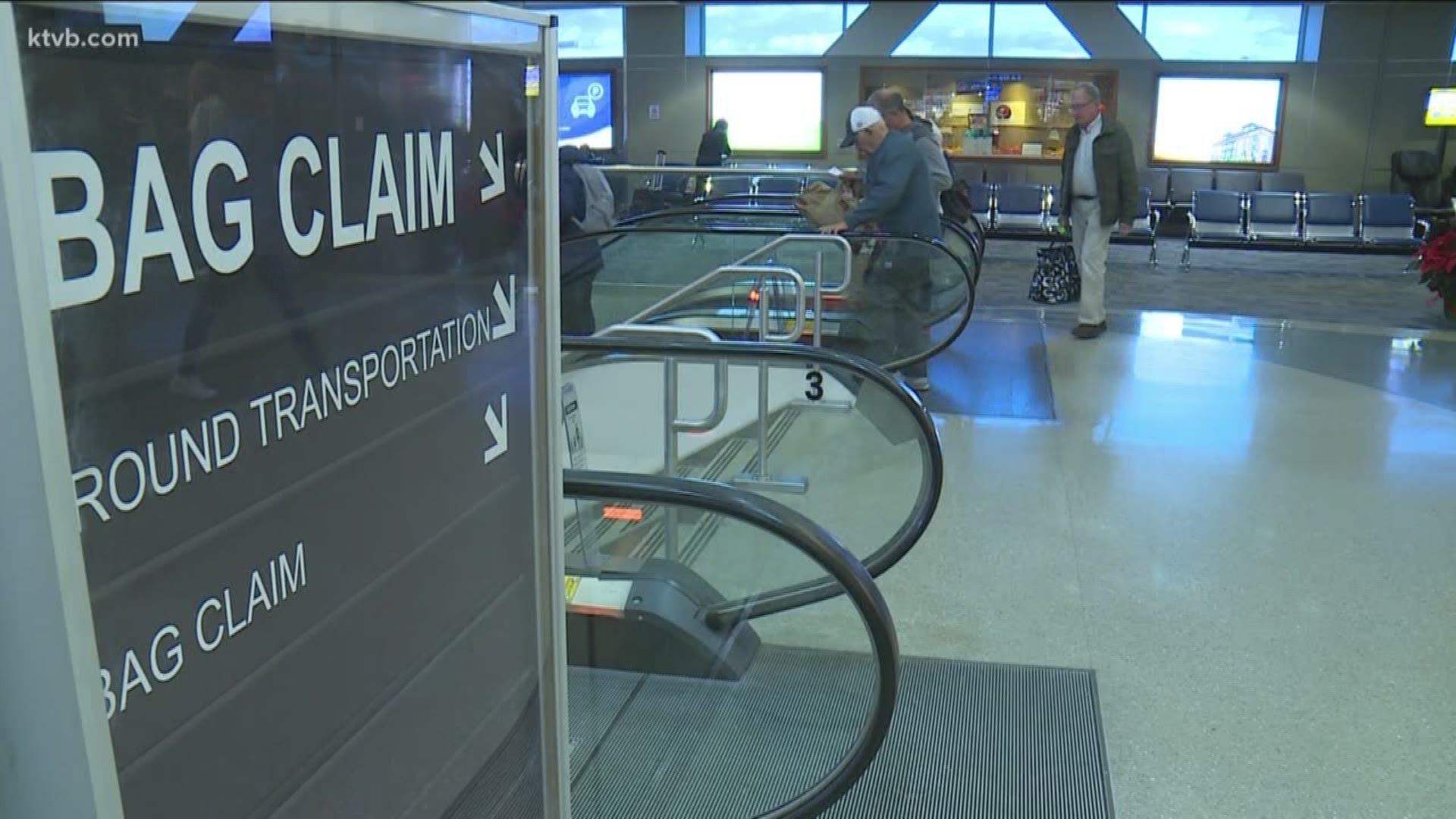 BOISE, Idaho — Some major airports in the western U.S. have already had to cancel multiple flights due to a winter storm, which is expected to hit a large swath of the country throughout the holiday week and into the weekend.

According to FlightAware.com, more than 50 flights were canceled at Denver International Airport on Monday, with more than 200 other arrivals and departures canceled for Tuesday.

Other cities, including Portland, Los Angeles, Chicago and Salt Lake City have at least five cancellations already in place for Tuesday.

Because many flights out of Boise have connections in those cities, chances are good that travelers flying in and out of Boise will be affected as well.

About 300,000 Idahoans are expected to travel over the Thanksgiving holiday week. With a six percent increase in passenger travel throughout all of 2019 so far, the Boise Airport also expects to see higher numbers for the holiday.

Sean Briggs, marketing manager for the airport, said they expect up to 14,000 people per day could pass through the airport this week.

“People flying out of Boise - the top destinations are Seattle, Portland, Los Angeles, Phoenix and Spokane," he said. "That’s where we see a lot of travel from Boise."

Many of those areas are included in the National Weather Service's outlook for the western U.S. Through Thursday, the NWS is predicting anywhere from 1 to 18 inches of snow throughout the region.

Pictures from Oregon State Police show the snow has already hit roadways in some parts of the state, causing accidents and slide-offs.

Law enforcement said it's important to remember in winter driving conditions to take your time, go slow and allow more time to get where you're going.

That applies to flying as well, especially because airports can get very congested.

“One thing that’s worth noting is seat capacity on airplanes hasn’t kept up with the demand so what they’ve managed to do is get a lot fuller airplanes," Conde said. "That’s great but the problem is busy airports, longer security lines, more waiting at the gate.”

According to Briggs, the busiest time of the day for the Boise Airport is early in the morning, usually between 5 a.m. and 7 a.m. So it's important to allow plenty of time to make your flight and get through security.

And if you're concerned with the status of your flight, work with your airline directly.

KTVB spoke to each airline at the Boise Airport on Monday and all said they have policies in place to work with customers on changing their flights for free if they are affected by weather.

RELATED: Snow in the Treasure Valley could cause headaches for Thanksgiving travel