Taking a drive into Idaho's backcountry? Don't rely on GPS to get you there 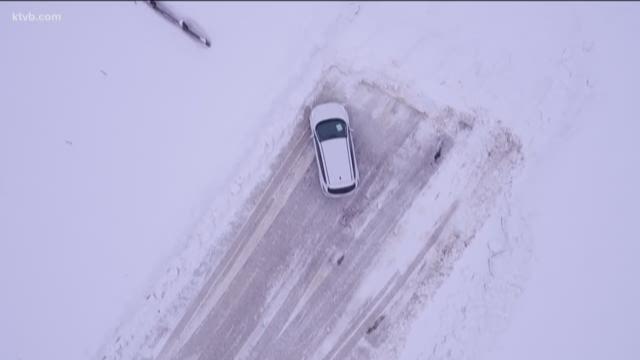 We have all been led astray using GPS. If you're using it to reach a backcountry destination, going down the wrong road could result in an unexpected survival story.

"We have so many routes," Boise County Sheriff Jim Kaczmarek said. "[Grimes Creek Road] is one of hundreds of routes that is on a GPS but it isn't passable by a vehicle in the winter."

Kaczmarek took us down Grimes Creek Road along with his dog, Lucille. We stopped the truck before the road got difficult.

"Here's a good example of somebody who has gone [past where the road is maintained]," Kaczmarek said. "You don't know if they've gotten stuck back here or not, and people who aren't familiar with the area or don't have the right equipment can look at this and say well someone else did it. They may make it back there [up to] 30 miles and get stuck."

He says that's why you can't rely on GPS technology, especially in the backcountry.

"If you mark the shortest routes or sometimes even the main route up here it's not the way to go with your GPS," Kaczmarek said.

Planning should start before you even head out on your drive.

"I would talk to people that have been on the trails before," Kaczmarek said. "Perhaps contact the U.S. Forest Service or the Boise County Sheriff's Office and get information on the actual route you're planning on."

You also need to tell someone exactly where you'll be travelling.

That is a lot of area to cover during a search and rescue operation, something that happens in Boise County on a weekly basis.

"They get stuck in the mountains and we have to go get them," Kaczmarek said.

Simply letting someone know specifically where you're planning to go, your route, and when you plan to return, can mean the difference between life and death.

"Those could be resolved in a matter of hours and we've had some that have been multi-day operations," said Ron Christensen, vice president of Idaho Mountain Search and Rescue, a Boise-based nonprofit that specializes in backcountry rescue operations.

Christensen has this advice if you do end up getting stranded while on a backcountry drive: "The best thing is to stay with your car. You're going to want to run it for a short period of time making sure the exhaust is clear of any snow, so at least you're warm and can have shelter from the elements."

He says you also should have a survival pack ready to go before hitting the backcountry, even if you just plan to drive through it. The pack should include navigation, light, sun protection, first aid and fire-starting supplies. You should also have food, water, and insulation like a sleeping bag. 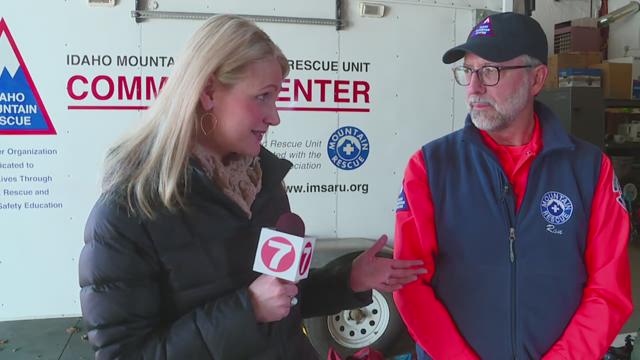 Kaczmarek suggests leaving your phone on.

"Even if you don't have a cell phone signal, search and rescue will have devices that can help pick up that signal," he said.

It's a lot to think about when you're planning a scenic backcountry drive in the Gem State, but it could make all the difference.

Checking the weather forecast is also recommended before you even set out on a wilderness adventure. It can change quickly in the mountains so you'll want to make sure you're ready.