The new slide comes one year after a massive rockslide buried the highway in that area, causing blockages and repair work that stretched on for months. 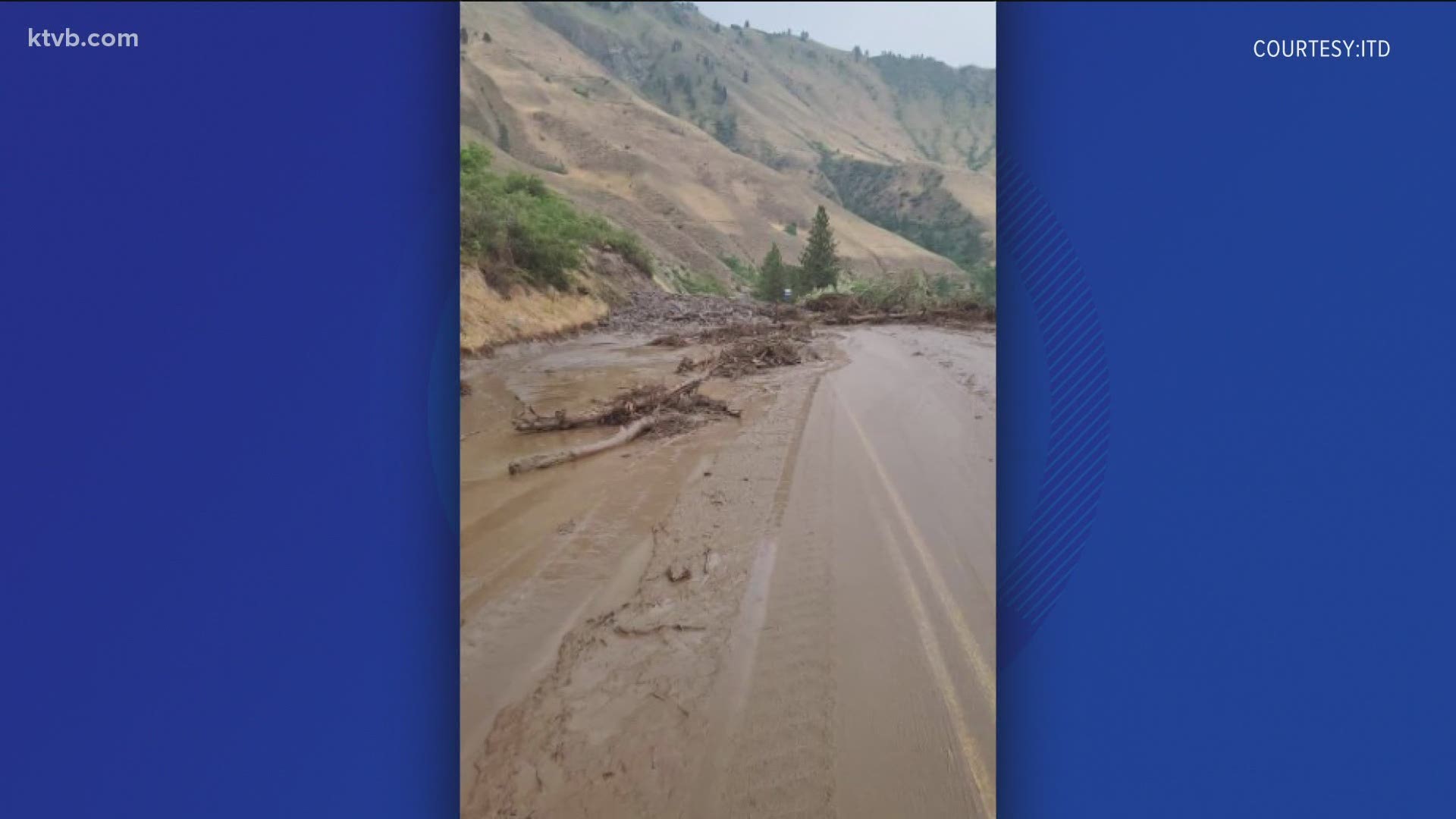 RIGGINS, Idaho — A series of rock and mudslides have once again blocked U.S. 95 in Idaho County, according to Idaho State Police.

The slide was reported Friday morning north of Riggins between Race Creek Road and Lucille Road. The highway was shut down in both directions as crews worked to clear the mud and rubble.

As of 9 a.m., one alternating lane is open through the area with a pilot car directing traffic. Travelers should expect delays or consider taking an alternate route.

Both ISP and the Idaho Transportation Department are on scene now. Photos show mud and downed trees lying on the highway.

ALERT: A mudslide on U.S. 95 north of Riggins has hit the roadway. Crews have one lane open, are removing debris, and monitoring the adjacent slope. Plan for delays through the area today. pic.twitter.com/IYlRSu9J28

The new slide comes almost exactly one year after a massive rockslide buried the highway in that area, causing blockages and repair work that stretched on for months. Crews blasted loose rock from the hillside above, put up guardrails, and installed fencing they said would reduce the chances of further slides.

The new slide is several miles away from the original slide site, and it is unclear whether they are connected. Officials say they will release more information about road conditions as it becomes available.