Direct flights between Boise and Pullman-Moscow to resume in August

Alaska Airlines on Thursday also announced winter service to Phoenix, and celebrated inaugural flights from Boise to Austin and Chicago. 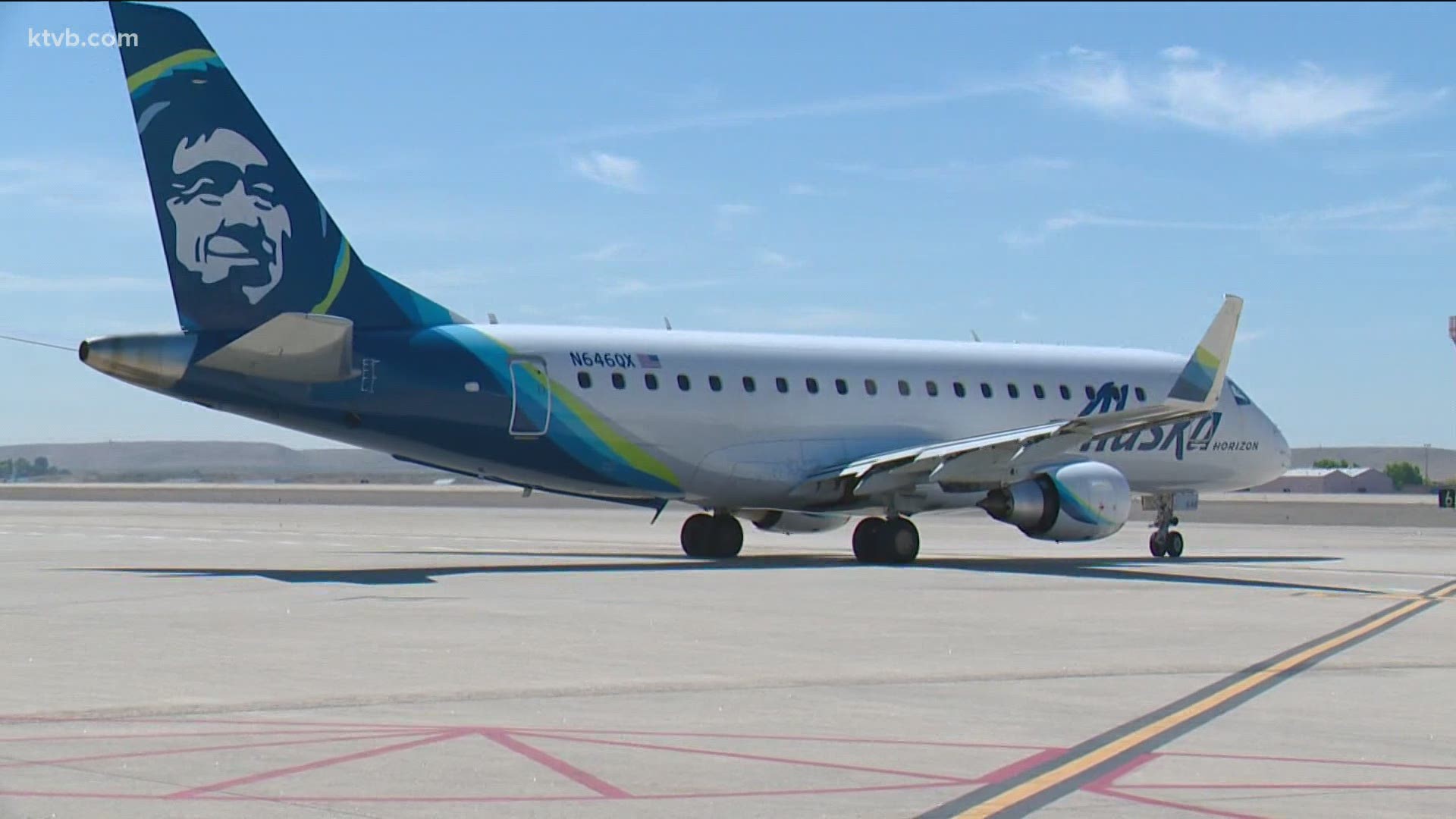 BOISE, Idaho — The shortest distance between two points is a straight line, and if those points are hundreds of miles apart, the fastest way to get there is by airplane -- but for several years now, that kind of service between Boise and North-Central Idaho hasn't existed.

That's about to change.

Alaska Airlines and the University of Idaho on Thursday announced that nonstop service between Boise and the Pullman-Moscow Regional Airport is a done deal.

Tickets are on sale now for the flights, which will operate five times per week, year-round, starting August 18 - five days before the start of fall semester classes at the University of Idaho in Moscow and Washington State University in Pullman.

The service will be flown on a Bombardier Q-400 turboprop, which has seats for 76 passengers.

The University of Idaho entered an agreement with Alaska Air to guarantee profit for the first three years of flight service. The university promises to pay up to $500,000 each year if the airline does not make 10 percent more than the cost of operations on the service.

"This flight eases travel burdens for much of North-Central Idaho, adding a cost-effective and timely choice for travel for business, government, education and the general public," said University of Idaho President Scott Green. "The value to our students and their families and the potential this has to increase enrollment makes this guarantee a good business decision for the university."

Direct air service between Boise and Pullman-Moscow has not been available for about a decade. A flight to Lewiston, about 35 miles south of Moscow, was discontinued in 2018.

The University reached out to the airline about restoring service because the school saw it was losing about 200 students per year since the route was canceled. Officials said regaining those students would offset the costs of the contract and expect it to be profitable for the airline.

"This improves access to students to be able to go on to higher education at our institution," said Jodi Waller, the senior director of communications for the University of Idaho. "It was a benefit to our university, to our students, to our alumni, researchers, parents and the business communities that we serve here in the area."

Green noted that the University of Idaho teaches students in all regions of the Gem State.

"Having access to our state government, our industry stakeholders and alumni is vital," he said.

Moscow Mayor Bill Lambert said people in the city "are excited about Boise service from our airport."

Lambert is also vice chair of the Pullman-Moscow airport board.

"This has been something that all of us have been working on for a number of years. Special thanks to President Green and the University of Idaho for their role in helping bring Boise air service back to the region," he said.

Also Thursday, Alaska Airlines and the Boise Airport announced nonstop service to Phoenix, and held a ribbon cutting celebration for inaugural flights to Austin and Chicago.

"Our guests are showing us how excited they are about our new service to Chicago and Austin from Boise with strong bookings throughout the summer months," said Brett Catlin, vice president of network and alliances at Alaska Airlines.

The new nonstop flights to Phoenix will be winter seasonal. Service is planned for November 19, 2021, through April 18, 2022. A flight will be offered daily, on an Embraer 175 - a jet designed for short- to mid-range flights, with seats for 76 passengers.

With the new Austin and Chicago flights, and the upcoming addition of Pullman-Moscow service, the Boise Airport will have nonstop flights to 28 destinations across the United States. Alaska Airlines will serve 14 of those markets.

"It's so critical for Boise's expansion, and to bring new jobs, and to bring new businesses here to have good air service, and that's what this is all about," said Bill Connors, CEO of the Boise Metro Chamber of Commerce.