From the roads to the skies, How the pandemic is impacting Idahoans' Memorial Day travel plans

Due to uncertainty with the coronavirus pandemic, AAA did not release its usual holiday travel projections, but it expects the lowest travel numbers in decades. 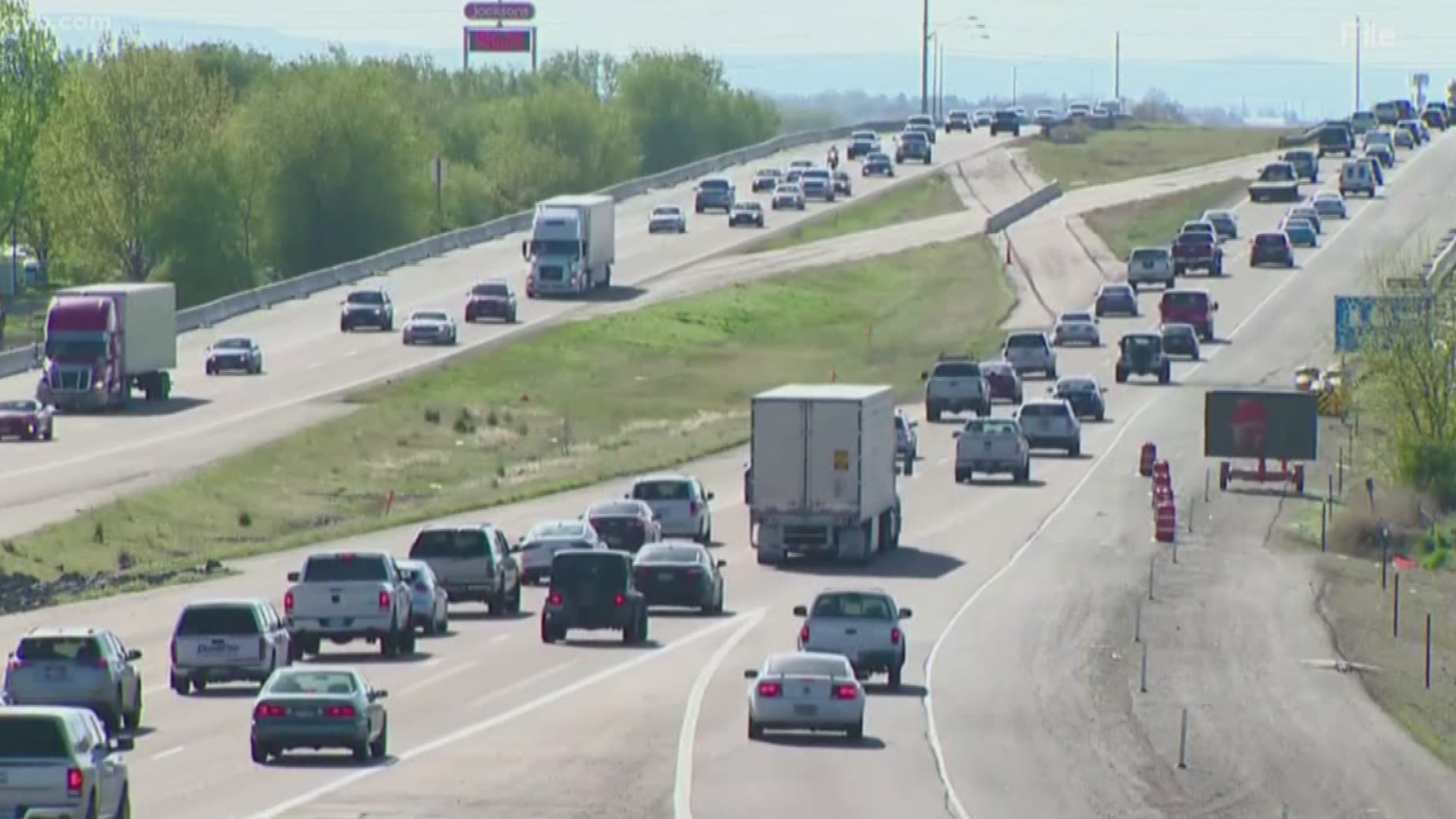 BOISE, Idaho — Memorial Day weekend is the unofficial start to summer and as such, is typically one of the busiest travel times of the year.

But the nationwide COVID-19 pandemic has this year's holiday shaping up a lot differently.

For the first time since it began doing so, AAA was not able to release its travel projections for the holiday.

“A lot of the normal economic indicators we would use to make projections just aren’t valid right now," said Matthew Conde, AAA Idaho public affairs specialist. "That being said, we do believe based on what we’re seeing anecdotally, that we could have the lowest turnout - as far as travel volume - in the last 20 years since we’ve been keeping track.”

Based on national trends, Conde said expectations are that most who do travel for Memorial Day won't go far.

“This year we’re expecting kind of a Russian nesting doll, if you want to put it that way, where people will start to visit family and friends they haven’t been able to see and then start branching out into bigger and bigger trips as more things become open,” he said.

Based on past Memorial Day holidays, Conde said the majority of traveling is done by car.

KTVB checked in with Idaho State Police, who reports between March 21 and May 21, the number of overall crashes was down. However, the number of fatal crashes is up. In an effort to try and lower that number and keep travelers safe on the holiday weekend, ISP will have more troopers on patrol.

RELATED: Delta, JetBlue want to suspend flights to 25 US airports

When it comes to flying, the Boise Airport saw a huge drop in passenger numbers for the month of April.

“Our passenger traffic was down 94% year-to-year compared to 2019," airport spokesman Sean Briggs said. "So typically in a month we would do around 300,000 passengers, we had closer to 18,000 in April this year.

"In May, based on anecdotal evidence, we’re starting to see passenger traffic trend up a little bit,” Briggs added. "We’re nowhere near where we were before but there is a little bit of confidence coming back for folks who are traveling.”

"Everything from cleaning high-touch areas at an increased frequency, to installing Plexiglas partitions at customer contact points," Briggs said.

Masks are strongly advised for passengers, though not required at the Boise Airport. Other airports may have more strict rules, and most major airlines are requiring passengers to wear masks. Social distancing is also a priority. And eateries inside the airport are open for takeout only.

If you are flying for Memorial Day, patience will be key.

“If this is the first time you have traveled after the COVID-19 pandemic, there’s going to be changes in the process so be patient," Briggs said. "Be prepared, come early and understand what the rules and regulations are through TSA.”

If you choose not to travel and instead enjoy a staycation, Boise Parks and Recreation will have all 92 of its locations open to the public, including park restrooms. By the way, Wallethub recently ranked Boise as the second-best place in the nation to enjoy a staycation, and Nampa came in 12th on the same list.

Even though you're outside, city officials are urging people to still maintain social distancing and limit groups to fewer than 10, as stated in the city's health order. This is especially true for popular, high-traffic areas such as Esther Simplot or Ann Morrison Parks.

"We’ve had a couple of really nice days out at those locations so far this year and have had some issues with overcrowding in some of those locations so we just ask that you exercise that spacing opportunity and then just practice great etiquette," said Boise Parks and Recreation Director Doug Holloway.

While the city health order does allow for citations to be issued for violations of safety guidelines, Holloway said that's not what they want to do. Instead, staff will be out at their busiest locations educating the public on maintaining those guidelines. He said so far, they have had a lot of success doing that.

City playgrounds, as well as Rhodes Skate Park and public basketball courts, will remain closed, in order to help with social distancing and small group guidelines.

Holloway asked that while enjoying the outdoors, the public obey any closures that are in place.