The failing slope near milepost 188 has disrupted traffic on the highway since it first fell July 3 and then again on July 10. 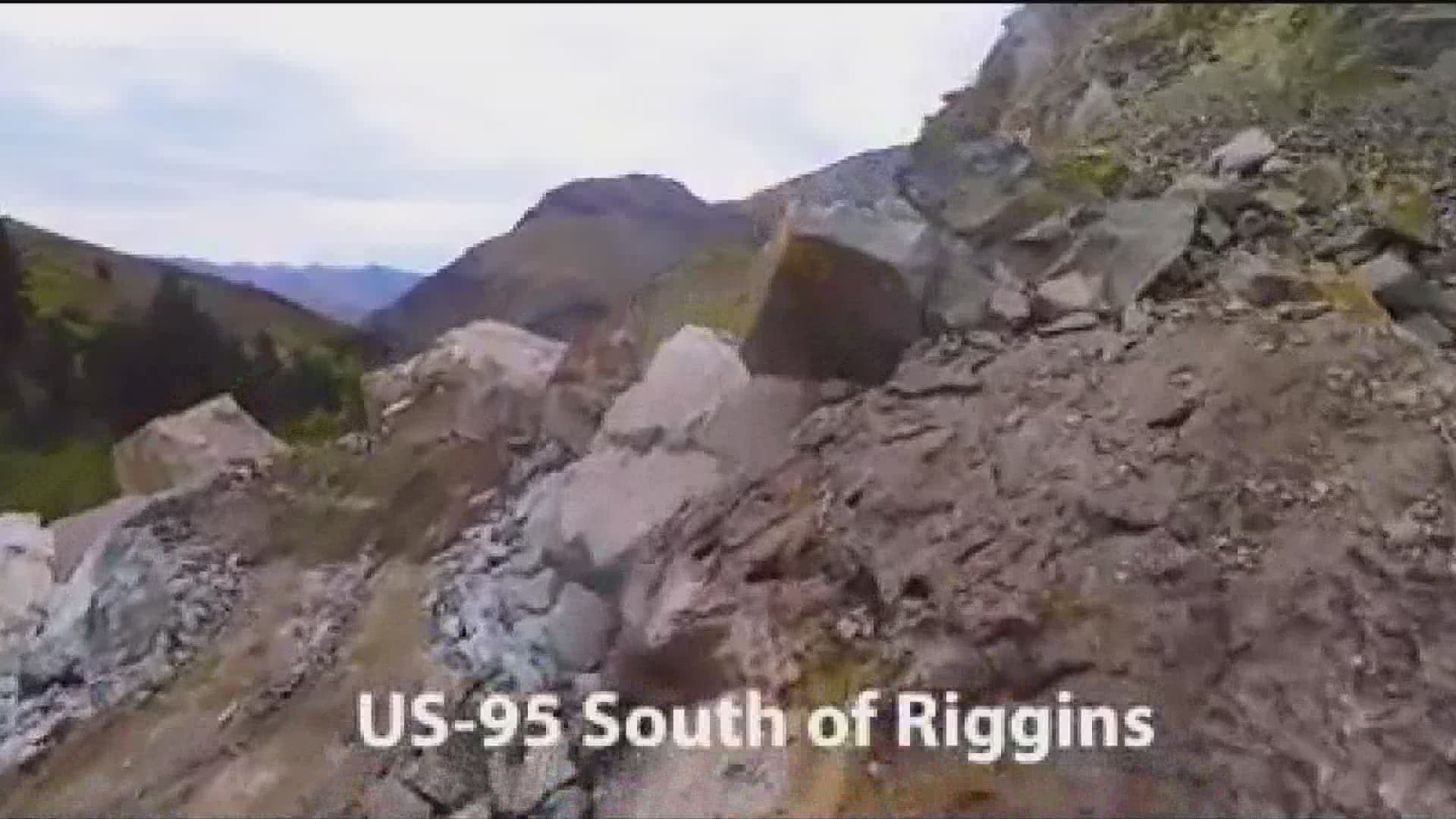 RIGGINS, Idaho — The Idaho Transportation Department says that long-term repairs to the hillside where a massive rock and landslide occurred south of Riggins are complete.

The failing slope near milepost 188 has disrupted traffic on the highway since it first fell July 3 and then again on July 10.

"With the changes we've made, we have greatly reduced the likelihood of another slide blocking US-95 again in the area," Materials Engineer Janet Zarate said.

The unstable rock mass above the highway has been reduced through multiple rounds of blasting and scaling, and the remaining slope has been reinforced with cable netting bolted into the rock.

Last week crews reconstructed US-95 and repaved Old Pollock Road. The temporary signals that have been used to direct traffic since August 5 were also removed.

"Drivers may notice that the highway had to be shifted to provide room for a larger ditch," Zarate said.

Within the coming weeks, crews will finish installing guardrail and add fencing on top of it to keep any future loose rock confined to the ditch.

"It's been a hard push to get to this point, with more than 25 other companies involved," Zarate said. "We appreciate the support given to us by residents and local officials over these last few months."