They are working to reopen a temporary road near the base of the slide that has been closed since July 10. 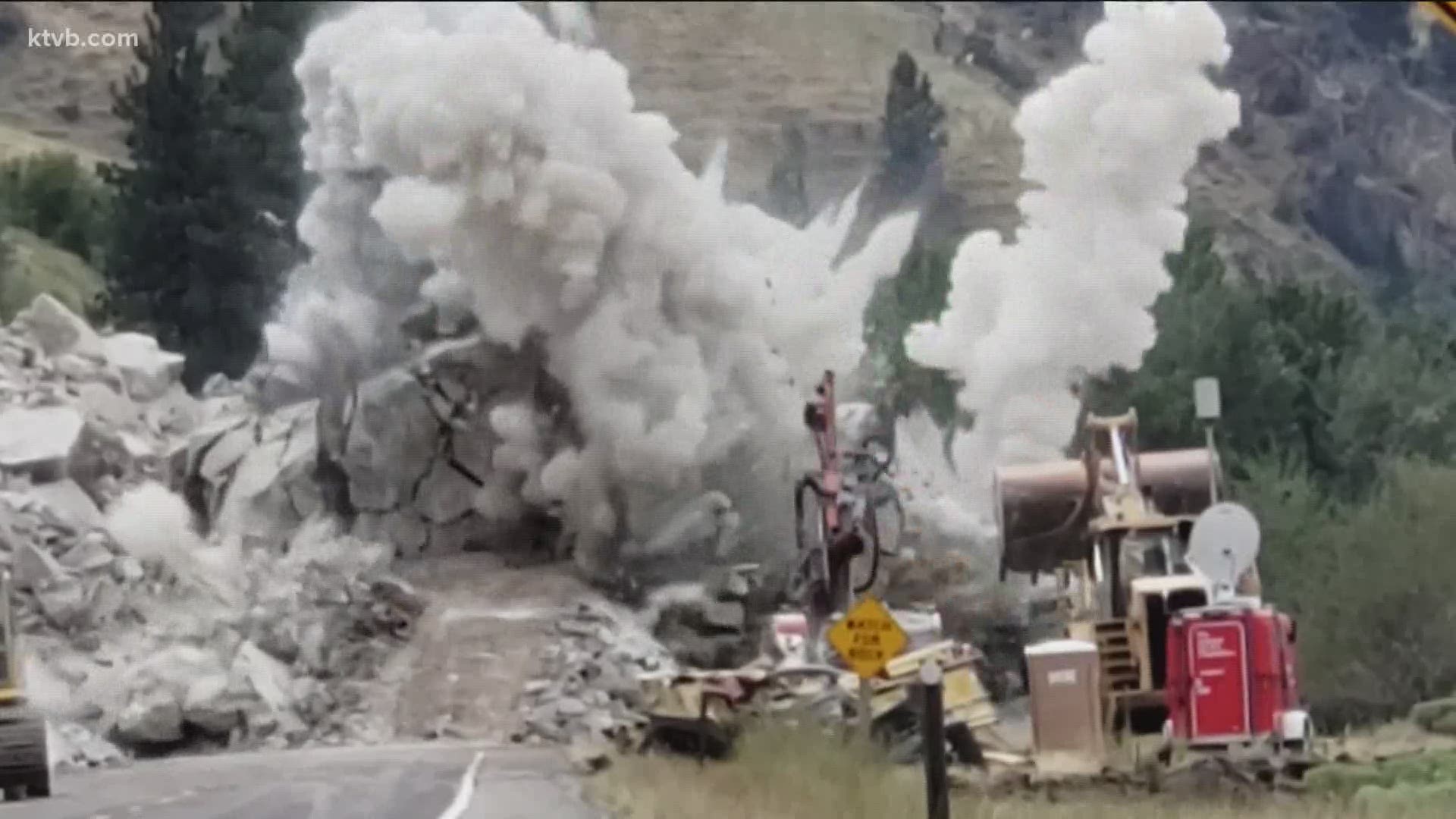 RIGGINS, Idaho — Highway 95 could reopen as early as Monday, July 27, according to the Idaho Department of Transportation.

Crews were able to drill and blast some the biggest boulders on the highway during the past week. They are working to reopen a temporary road near the base of the slide that has been closed since July 10.

Some of the boulders measure 40 feet across. Crews were able to blow up large boulders on Thursday.

"Now that the boulders are of manageable size, we will focus on clearing the detour around the base of the slide while continuing to monitor the stability of the slope," Operations Engineer Jared Hopkins said. "We are still determining what the highway will look like when it reopens, but drivers should be prepared for flaggers and reduced lanes and hours."

ITD plans to send out an update once opening of US-95 is confirmed.

The massive slide of rock, boulders and debris is located at milepost 188, south of Riggins. 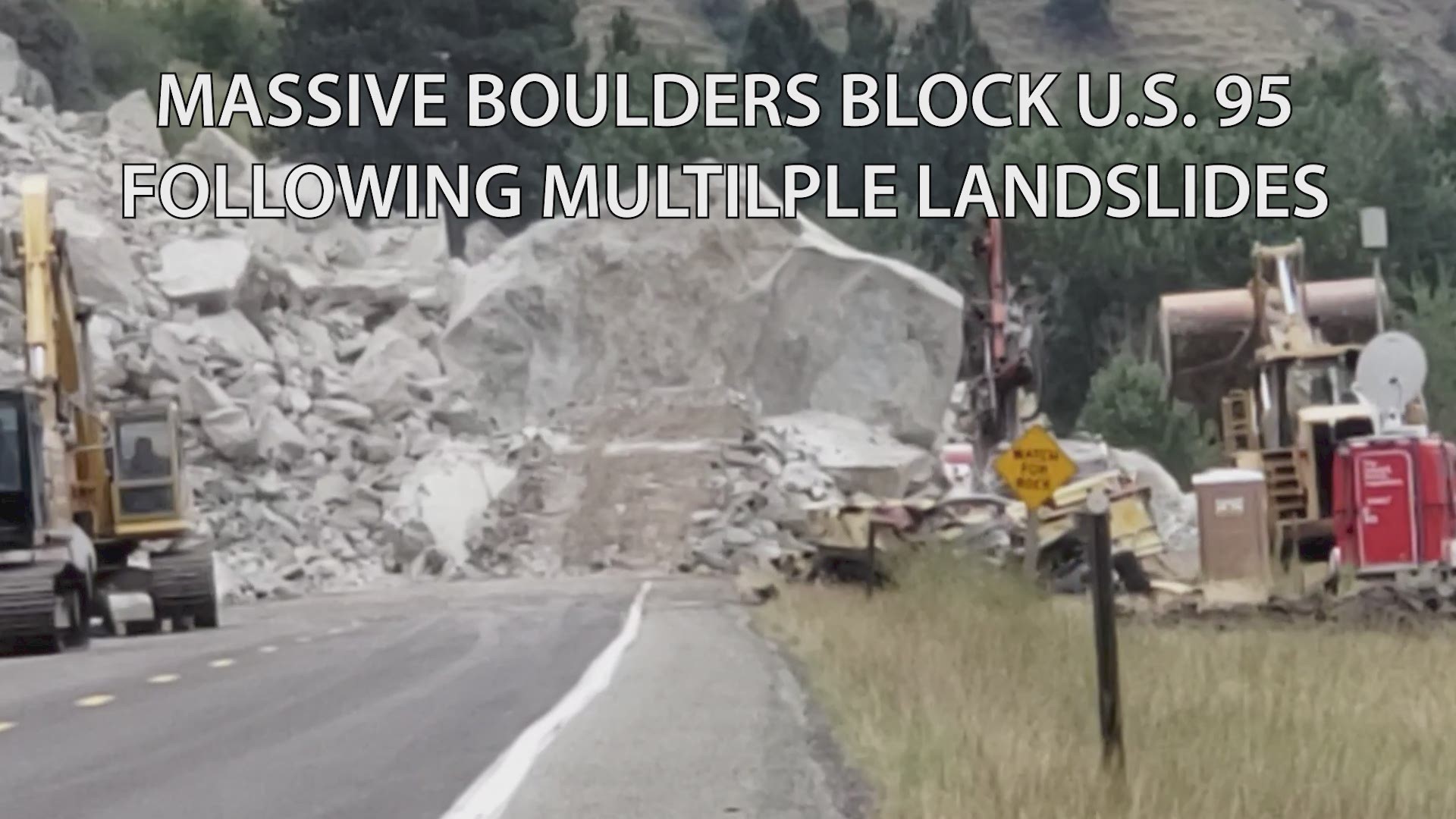 Drivers continue to be detoured to Old Pollock Road, which is open from 6 a.m. to 9 p.m. MDT.

ITD says the final repairs to mitigate the slope failure are scheduled to be awarded on July 30. Once awarded, the contractor will be asked to mobilize within 48 hours.

Drivers should download the 511 app to check for the latest conditions.