The intersection was blocked for hours, causing significant delays in all directions. 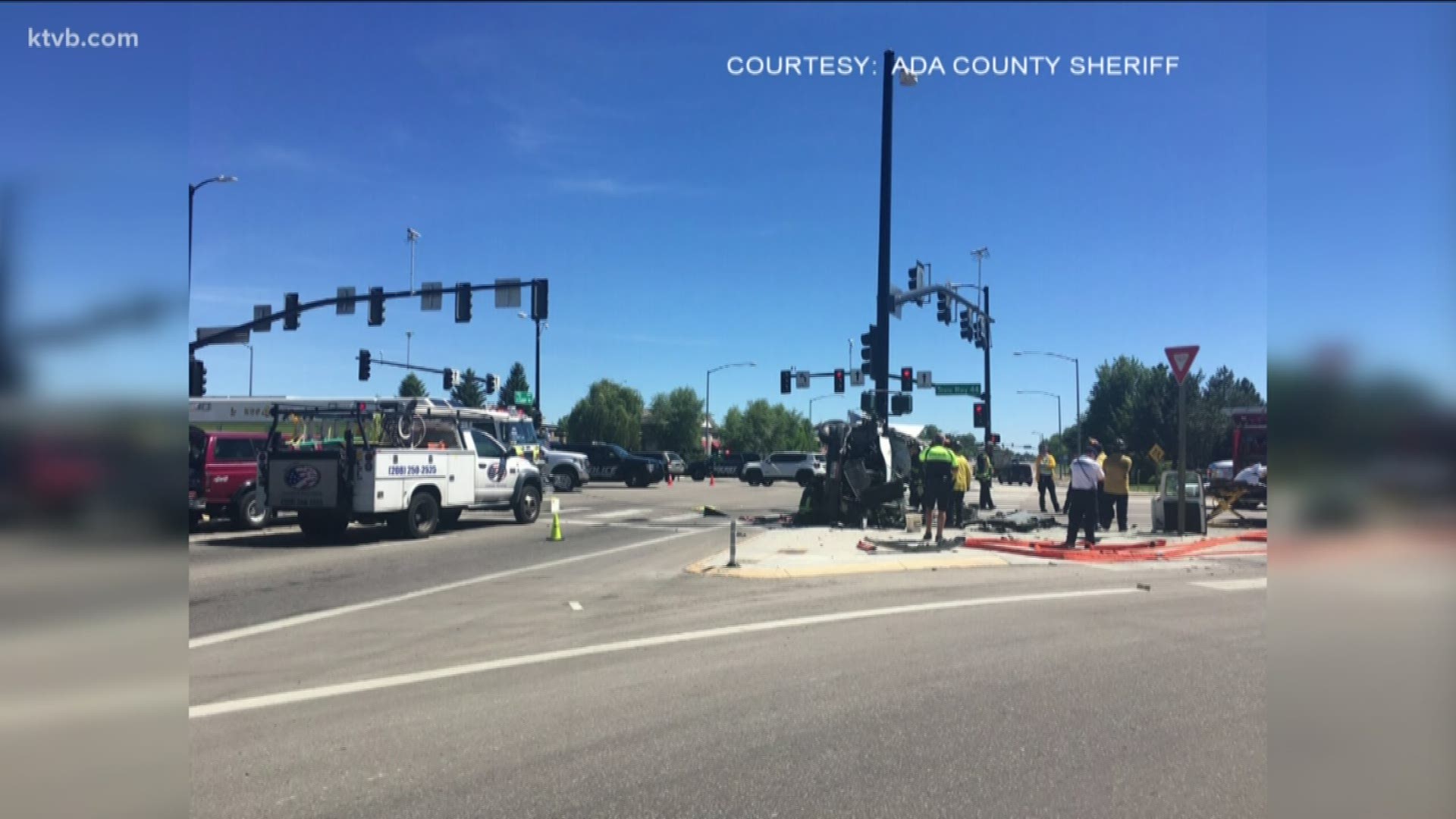 EAGLE, Idaho — The Ada County Coroner's Office has identified a Caldwell man who died after a rollover crash in Eagle Tuesday afternoon.

The wreck happened at about 3:15 p.m. at the intersection of Highway 44 and Eagle Road.

According to the Ada County Sheriff's Office, Hatcher was the driver of a van that had rolled over and became pinned against a traffic light pole.

The crash caused significant backups in all directions for several hours.

Investigators say the driver of an SUV was turning north onto Eagle Road during a blinking yellow light when the SUV collided with Hatcher's van, which was headed west on Highway 44.

The force of the crash caused the van to roll over, pinning it against a traffic light pole.

Officials said they do not believe the drivers of the two other vehicles involved sustained life-threatening injuries. The collision remains under investigation.