The highway will be closed this week while crews remove rock and debris left from the blast. 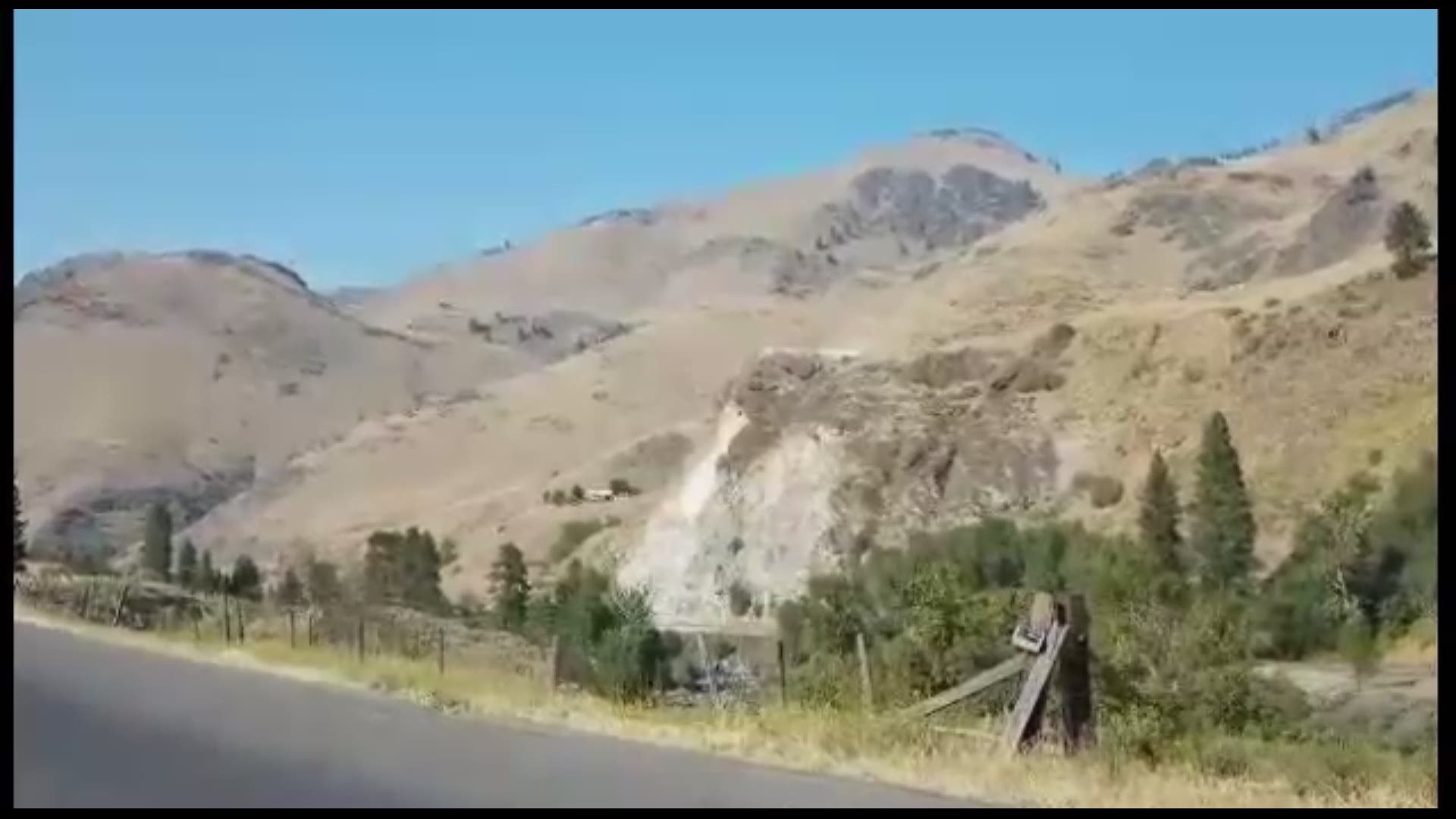 RIGGINS, Idaho — The Idaho Transportation Department says blasting has begun to remove unstable material from the slope above US Highway 95 south of Riggins. The area is at milepost 188 where a large amount of rock and debris first fell on the road on July 3.

ITD is calling the first blast of the hillside Friday evening a success.

An estimated 14,000 cubic yards of unstable rock from the slope were removed by the blast.

A section of Highway 95 will remain closed this week while crews clean up the detour around the base of the slide. Traffic will run on Old Pollock Road until the rock removal is complete.

ITD says this is the first of two blasts planned to correct the slope failure. The second blast has not yet been scheduled.

After blasting, long-term repairs will include reinforcing the remaining slope with bolts and wire fencing.

Drivers should download the 511 app to check for the latest conditions.