Police say nine cars and two semi-trucks, were involved in the crash that blocked the interstate for seven hours. 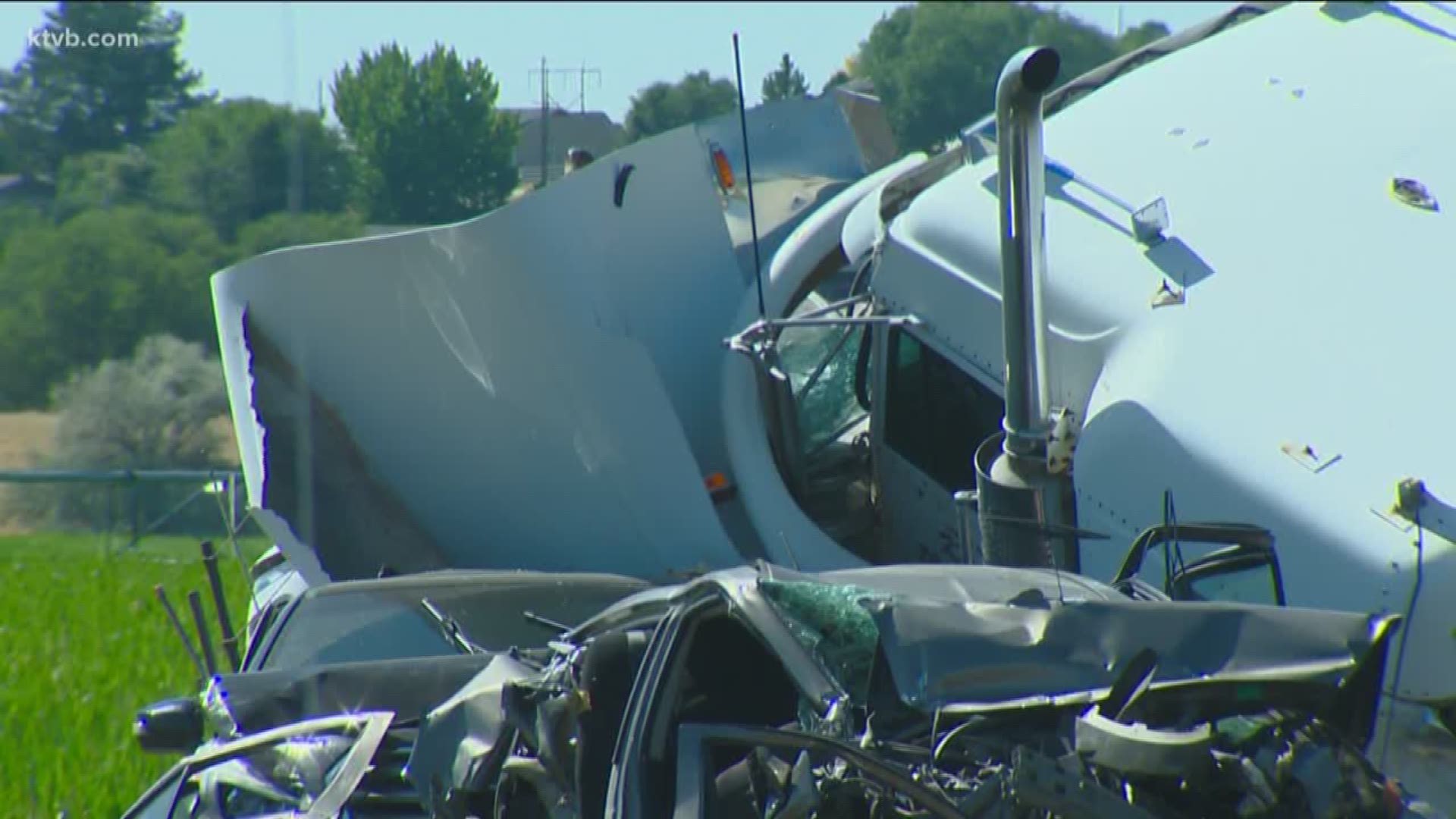 CALDWELL, Idaho — Idaho State Police are continuing to investigate an 11-vehicle crash on Interstate 84, near milepost 21.5, that blocked all eastbound lanes for most of Friday

The crash was reported just before 4 p.m. and took emergency crews seven hours to reopen the interstate.

Police say nine vehicles and two semi-trucks, one of which was hauling cars, were involved in the crash. One of the seven other vehicles was a Payette County ambulance.

Idaho State Police say five people were hospitalized but did not state how serious any of their injuries are or their current status.

Investigators say the crash happened when Joesph Bryant, a 49-year-old Utah man, driving a 2016 Volvo semi-truck with a fully-loaded car hauler, failed to slow down with traffic and crashed into a flatbed semi-truck, driven by 67-year-old Steven Hale of Nampa. The crash caused the flatbed semi-truck to jack-knife, which then started the chain-reaction crash.

Hale was taken by air ambulance to Saint Alphonsus Regional Medical Center in Boise. He was not wearing a seatbelt.

Idaho State Police is continuing to investigate the crash.

1 / 7
KTVB First Person: Holly Lundquist
Idaho State Police say at least seven cars with drivers were involved in a crash on Interstate 84 but is difficult to pin down an exact number because one of the semi-truck was hauling cars.