What the TikTok 'ban' will actually mean for users, creators

As new restrictions come down from the Trump administration, TikTokers focus on broadening their audience on other platforms. 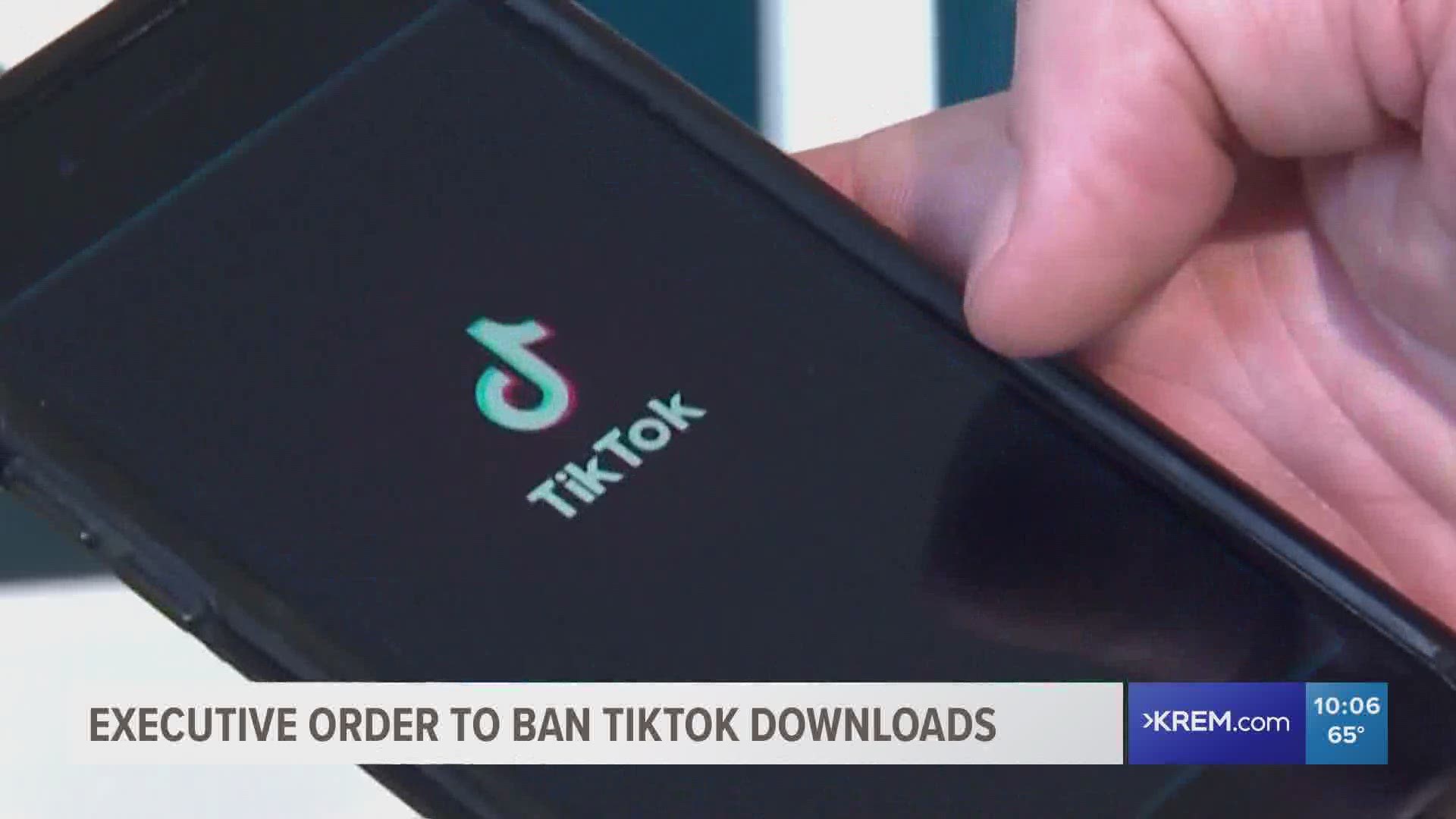 SPOKANE, Wash — Following weeks of threats to ban the app from President Trump, the U.S. Department of Commerce unveiled its specific new restrictions against TikTok.

But the restrictions, at least for now, don't quite constitute an outright ban.

They prohibit companies like Apple and Google from allowing TikTok to be downloaded from their app stores onto people's devices. Failure to comply could result in big penalties for those corporations.

This means that anyone who does not have the app downloaded by Sunday will not be able to get it come Monday. It also means those who do have it will not receive any software updates starting September 21.

Still, the app itself should still function. However, there are concerns that a lack of updates could cause that functionality to deteriorate and users to lose interest.

The real concern for users comes on November 12, when a second set of restrictions are set to go into place. On that day, basically any internet company that hosts TikTok on its servers or networks to allow it to operate may also be penalized.

All of that can be avoided in theory, however.

The Trump administration says they’re doing this because TikTok is owned by a Chinese company, and so they’re concerned the Chinese government is taking Americans’ data in a way that threatens national security. So, if TikTok gets sold off to an American company, the ban could potentially be lifted.

Right now Oracle is in talks for a deal aimed at accomplishing that, but it's got myriad hoops still to jump through.

That leaves a lot of uncertainty for users, and for big creators in Spokane, who will now have a harder time growing their audience.

"That kind of dynamic is going to be weird for TikTok for a while," said Bradley Miller, a Gonzaga student whose dry-witted videos have garnered him nearly 75 thousand followers on the app. "[It'll be] like: 'hey follow me on TikTok, if you have it.' You can’t bring more people on, so that’s going to be weird.”

For some, TikTok has also become their livelihood, which is now up in the air. That's why many creators are making sure to build audiences on other platforms too.

"It’s less scary to me, because it’s not how I make a living," said Bryan Albrandt, whose family-humor account Dad and Bloated has just under 43 thousand followers on TikTok, and larger followings on Instagram and Facebook. "[But] I personally know people that could be affected by this.”

“Now it’s really important to diversify," said Miller, who has recently begun promoting his YouTube channel more often in his TikToks. "I’m still kind of growing that, and I have until November at least to figure that out.”