University of Idaho geologist discusses cause of rockslide near Riggins 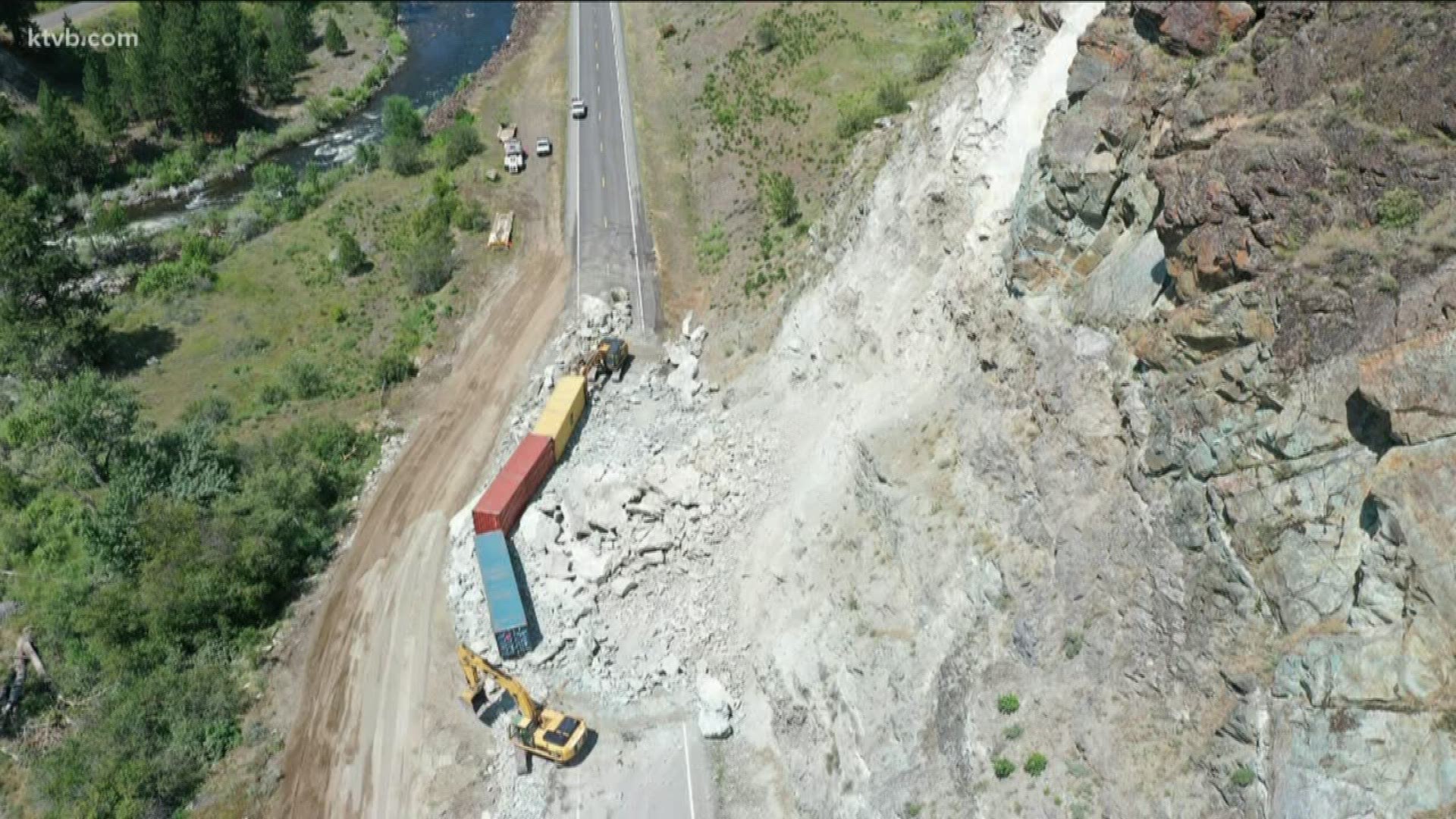 RIGGINS, Idaho — Landslides are very complicated and hard to predict, especially in the Riggins area, where Highway 95 is closed after a landslide on July 3rd.

"It's hard to know when it will happen and where it's going to happen, but what we know is it is going to happen," said Claudio Berti, with the Idaho Geological Survey, a state agency hosted by the University of Idaho.

Berti says the area near Riggins is no stranger to landslides because the rocks are made up of multiple components and are sitting on high density faults. Also, they have talc, which is a kind of lubricant and perfect to help rocks move.

"This is challenging for ITD (Idaho Transportation Department)," Berti said. "It is very hard to predict when these rocks will fall. There is movement that is slow and they can be monitored, on the contrary, in the case of this rock fault, it is instantaneous so prediction just isn't going to happen."

He says the recent earthquakes in Idaho should not be impacting the slides either. The wetter than normal weather could be a factor, but in general he says that the stretch of Highway 95 near Riggins is just prone to them.

"This area in general has been historically challenging for landslide," Berti said.

He adds that it is possible to blast the rocks off of steep slopes, but there will just be another layer behind those rocks. Also, setting up large barriers isn't always financially feasible.

The Idaho Transportation Department says Highway 95 will remain closed at least until Saturday.

Workers are carefully removing loose rocks and monitoring the situation.

RELATED: Highway 95 remains closed between Riggins and Pollock due to slide activity