The Bald Mountain Stewardship Project is a ten-year program that was given the green light to remove dead and diseased trees and study the insect infestation. 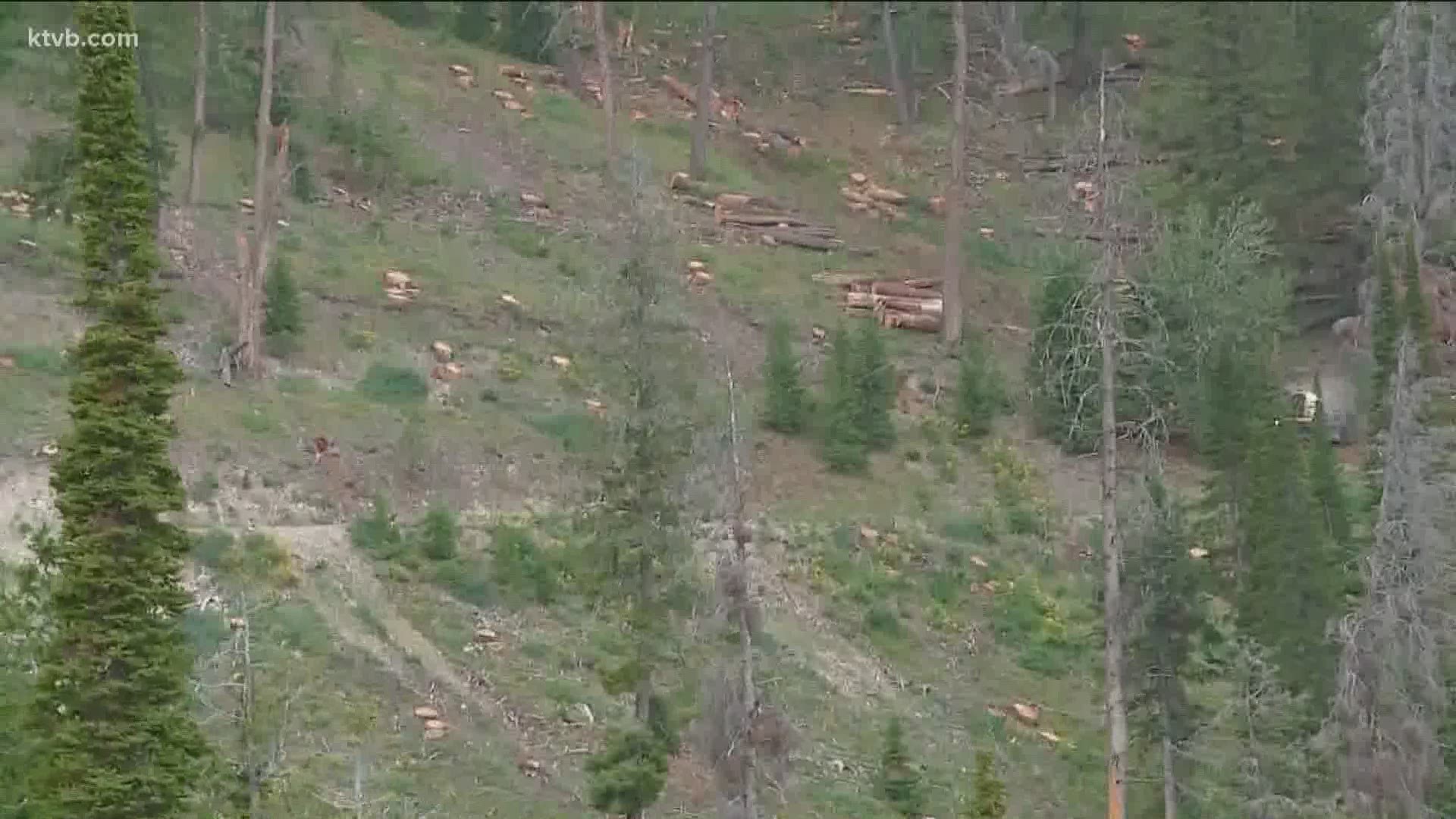 SUN VALLEY, Idaho — The health of Bald Mountain, which is home to some of the world's most decorated ski slopes, is deteriorating, according to foresters with the Sawtooth National Forest.

The health of the mountain is declining so much that the number of dead and dying trees has "raised concerns about the long-term sustainability of the Bald Mountain Ski Area."

The Bald Mountain Stewardship Project is a ten-year program that was given the green light to remove dead and diseased trees, replant trees and study the insect infestation that has devastated large swaths of the mountain.

KTVB tagged along with the United States Forest Service, the Sun Valley Mountain manager and local environmentalists when they toured areas of major concern on the mountain to find out how they plan to take on the incredible undertaking.

Supporters of the nearly 3000 acre project say it is critical to save and heal one of the most beautiful and important areas in all of the Gem State.

"It's what fuels the local economy, both for the valley and on a regional basis. It brings tourism and the businesses that are here. It's the view shed, the backdrop and the heart of the community," Dani Southard with the National Forest Foundation said.

Two years ago, residents of the Wood River Valley started contacting foresters on the state and national level to help form a plan after seeing some of the tree on Bald Mountain turn brown from disease.

"It's been a community and collaborative event," Zach Poff with the Ketchum Ranger District said.

That plan is now being closely watched by forest managers across the state and the West to see how it turns out.

"I would like to think what we're doing here now, after having figured out how to do it, we just need to do it on a larger scale because the size of the problem is really not something we can solve we just need to put forth our best efforts," the director of Mountain Operations at Sun Valley, Peter Stearns, told KTVB.

Officials told KTVB that there will be very little impact on wildlife, the ground and plants. By removing hazardous trees around the trails, runs and structures, the plan will improve safety for those who use in the mountain trails.

"My hope is that the Bald Mountain that we see here today behind us is the same view that the community and visitors coming to the area will continue to see 20, 30, 40 years from now," Southard said.