Satellites from SpaceX launch seen in the night sky

Idahoans reported seeing a string of lights floating across the sky Tuesday evening. Turns out they are satellites from the Starlink network. 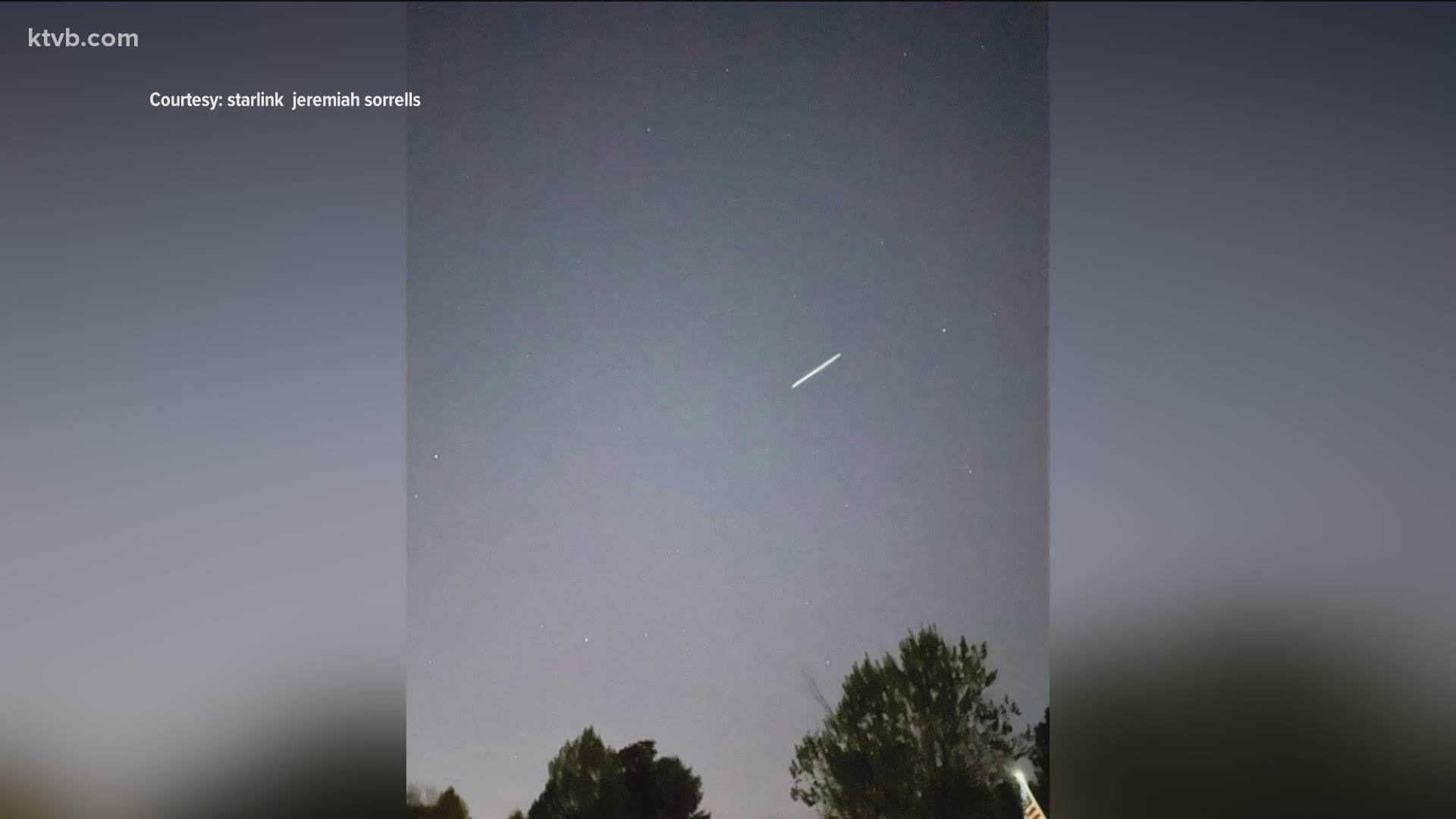 BOISE, Idaho — A long string of lights moving together across the night sky showed up again Tuesday night, catching the attention of stargazers.

The lights are SpaceX satellites from the company’s Starlink network.

Some people in the Treasure Valley saw the satellites moving across the sky and shared photos and videos on social media. People in Washington and Oregon also reported seeing the light show.

The National Weather Service tweeted the lights appear to be associated with SpaceX's Starlink satellite launch from the Kennedy Space Center in Florida on Tuesday. A SpaceX Falcon 9 rocket launched 60 Starlink internet satellites into orbit, according to the SpaceX website.

SpaceX says their satellites, which help provide Internet service, can periodically be seen clearly when they’re in alignment with the sun to reflect light back towards the earth’s surface.

Dr. James Davenport, an assistant professor in the Department of Astronomy at the University of Washington, explained why people are seeing the satellites.

Brandon Daniels, a viewer from Haines, Oregon, shared this video of the satellites with us. 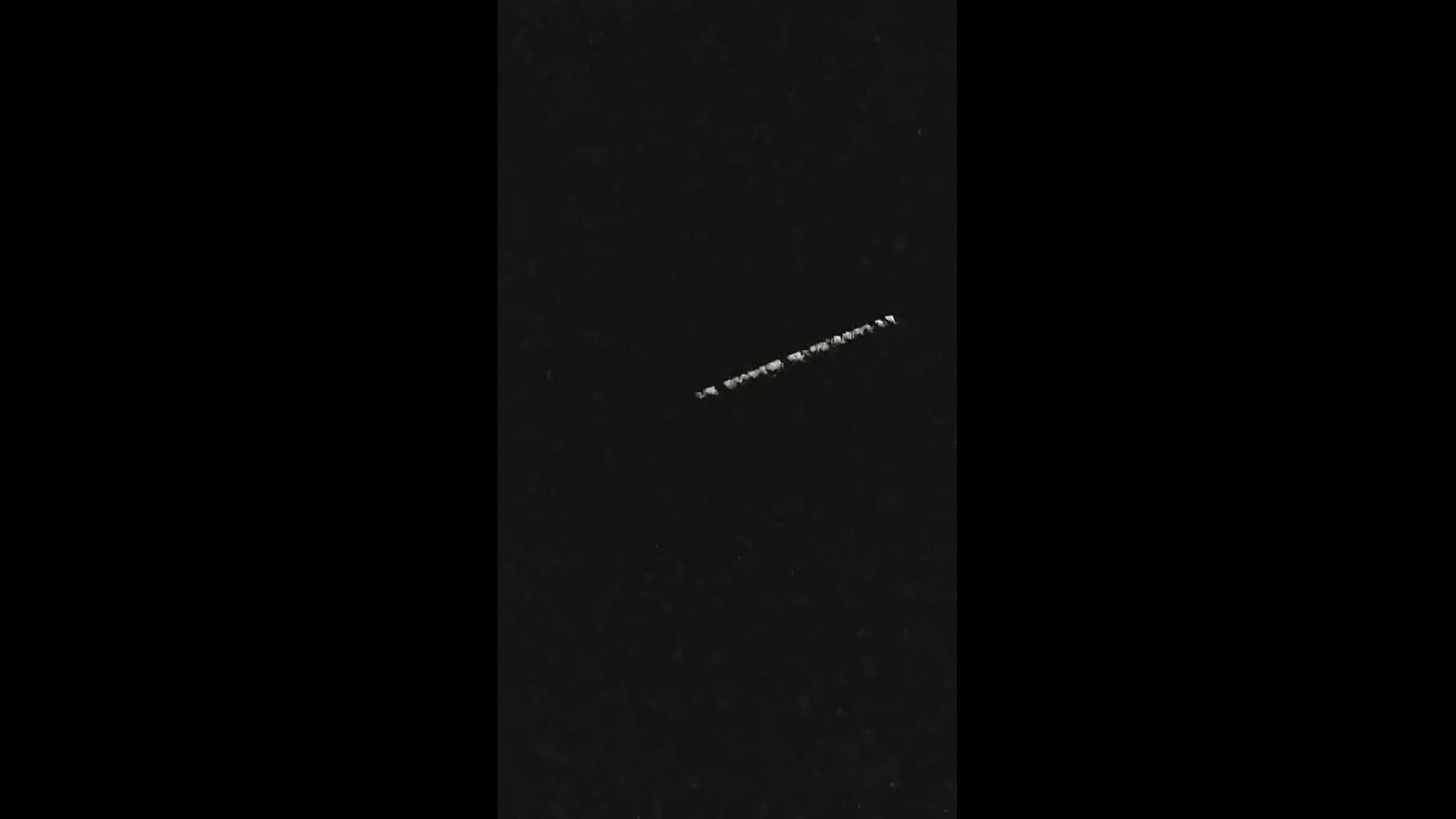 In March, a strikingly similar scenario played out in the night sky, which turned out to be debris from a SpaceX rocket coming back down from orbit.

SpaceX, owned by Elon Musk, launched that Falcon 9 stage 2 rocket on March 4, and the debris was seen in the sky the night of March 25. The rocket was supposed to de-orbit over the ocean, but came down over the northwest instead. A piece of that rocket was actually found in Grant County days later.

And back on Sunday, Dec. 6, 2020, the satellites could be seen by people in Idaho at 6:17 p.m. moving northeast across the sky, then moving southeast about a half hour later.