"It’s almost like parents are playing Whack-A-Mole at the circus," Misty Sloan said. "If one gets through, how much damage can they cause?” 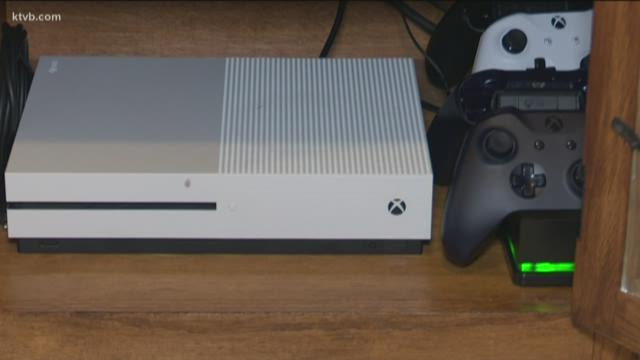 As one Middleton mom can attest, no device - not even a child's Xbox gaming system - is safe from attack.

Misty and Chris Sloan are very hands-on parents. They say they have open communication with their children and they make sure to pay attention to any electronic device their kids use.

That still didn't stop them from getting caught off guard when an online predator contacted their 14-year-old son, Joey, through Xbox Live chat.

“Just when you think you’ve got it all figured out and your children are safe and secure and everything is fine, something kind of takes you out of left field,” Misty said.

The family was watching Disney+ when a notification popped up from Xbox showing a new "friend" with the name "SassyBetsy."

“I kind of discarded it because it had a funny name and middle schoolers have funny [user] names,” Misty said.

The family left, then came back home a few hours later. Joey played the Xbox some more, then was turning it off for the night.

When she went to see what was going on, her son pulled up the chat messages.

“The first thing they asked him was what his age was,” she said.

Knowing Joey was underage didn't stop the other messages that followed.

“They told him they were in college and they had fun games they liked to play," Misty said. “They tried to direct him onto an adult website. They said they really enjoyed this fun game where they take pictures and send them back and forth and they take videos of each other. And it’d be fun if he could go to this website and they could get to know each other more.”

Misty knew immediately what was going on.

“I was angry. I was full of like mama bear rage," she said. "How dare they come into my home and try to harm my children?”

She talked to both Joey and her teenage daughter, discussing why the messages were so dangerous. She says they are innocent kids - and they didn't fully understand.

“How in the world are they supposed to defend themselves against something they don’t even understand and can’t even conceptualize? It’s infuriating,” she said.

Misty and Chris keep a close eye on all their kids' technology and believe they know what they're using. According to Misty, their kids don't even use social media. But Xbox was one device they didn't think to be worried about.

“It was shocking like that to find something coming through the Xbox,” she said. “Predators are able to access our children and never knowing where it’s going to come from next is very unnerving.”

Misty is just grateful her son came to her and the situation wasn't worse. That's one lesson she has taken away from this experience: always be present with your kids and listen.

“The relationship you have with your child is so important. Their ability to come to you with anything and ask you those hard questions and talk about whatever it is that’s going on, that is so key,” she said.

Misty said it's also a stark reminder that there all types of predators - and they're everywhere.

“I think this is a lot more prevalent in our community and our culture than we realize and than we even want to admit. I think that this exists everywhere," she said. "It’s almost like parents are playing Whack-A-Mole at the circus. If one gets through, how much damage can they cause?”

Under the "Settings" then "Privacy" tabs on an Xbox console, parents can change the chat settings on Xbox to make it for "everyone," "friends only" or block chats completely. The kind of content and websites a child has access to through the console can also be monitored.

RELATED: 15 apps parents should look out for on their kids' phones