Smoke from wildfires can worsen COVID-19 risk, putting firefighters in even more danger

Emerging research suggests that the smoke firefighters breathe on the front lines of wildfires is putting them at greater risk from the new coronavirus. 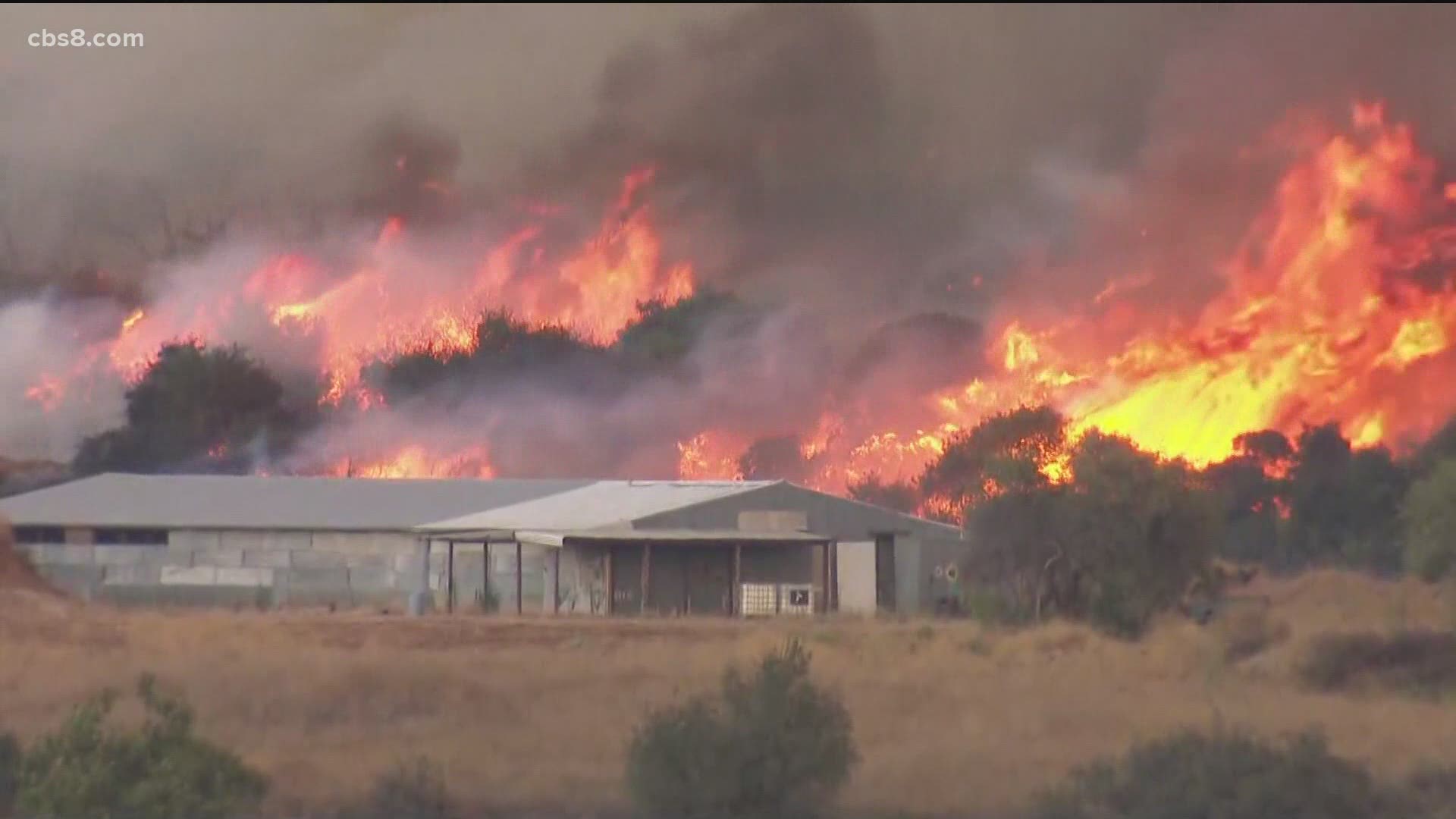 This article is from The Conversation, an independent, not-for-profit news organization dedicated to spreading ideas from experts. Republished under a Creative Commons license.

Two forces of nature are colliding in the western United States, and wildland firefighters are caught in the middle.

Emerging research suggests that the smoke firefighters breathe on the front lines of wildfires is putting them at greater risk from the new coronavirus, with potentially lethal effects.

At the same time, firefighting conditions make precautions such as social distancing and hand-washing difficult, increasing the chance that, once the virus enters a fire camp, it could quickly spread.

As an environmental toxicologist, I have spent the last decade expanding our understanding of how wood smoke exposure impacts human health. Much of my current research is focused on protecting the long-term health of wildland firefighters and the communities they serve.

People have long understood that the air they breathe can impact their health, dating back more than 2,000 years to Hippocrates in the treatise “On Airs, Waters, and Places.”

Today, there is a growing consensus among researchers that air pollution, specifically the very fine particles called PM2.5, influences risk of respiratory illness. These particles are 50 times smaller than a grain of sand and can travel deep into the lungs.

Italian scientists reported in 2014 that air pollutants can increase the viral load in the lungs and reduce the ability of specialized cells called macrophages to clear out viral invaders. Researchers in Montana later connected that effect to wood smoke. They found that animals exposed to wood smoke 24 hours before being exposed to a pathogen ended up with more pathogen in their lungs. The wood-smoke exposure decreased the macrophages’ ability to combat respiratory infection.

Scientists at Harvard University’s T.H. Chan School of Public Health looked at county-level data nationwide this spring and found that even a small increase in the amount of PM2.5 from one U.S. county to the next was associated with a large increase in the death rate from COVID-19. While small increases in PM2.5 also raised the risk of death from other causes for older adults, the magnitude of the increase for COVID-19 was about 20 times greater. The results were released before the usual peer review process was conducted, to help warn people of the risks.

Taken together, these findings suggest that air pollution, including wood smoke, could increase the risk that wildland firefighters will develop severe COVID-19 symptoms.

They’re already familiar with “camp crud,” a combined upper and lower respiratory illness accompanied by cough and fatigue that has become common in firefighting camps. The illness seems to ramp up at the end of the season, which is in line with the idea that repeated exposure to smoke may suppress the immune system and make the body more vulnerable to infection.

How to protect firefighters from COVID-19

So, what can be done to avoid the spread of COVID-19 among wildland firefighters?

Guidance released in May from the National Interagency Fire Center, which coordinates wildland firefighting resources in western states, acknowledges that wildfire smoke “may lead to an increased susceptibility to COVID-19 infection, worsen the severity of the infection, and pose a risk to those who are recovering from serious COVID-19 infection.”

The National Wildfire Coordinating Group encourages fire teams to make sure personal protective equipment is available and to maintain records of symptoms so illnesses can be tracked and the virus contained.

Its guidance also calls for camps to be outfitted for better hygiene, such as adding hand-washing stations and mobile shower units, as well as providing access to medical care, making isolation possible and coordinating cross-agency communication about the public health risks. Single-person tents would also allow for more effective social distancing.

All of that is harder to carry out during quickly changing fire conditions. Fire camps may include hundreds of personnel. One administrative control being implemented is to create firefighter “pods” or small groups that work, eat and bunk together away from other similar pods. This limits opportunities for spreading the virus and makes containment easier if a positive case is identified.

Camp personnel can also help stop the spread by having coronavirus test kits on hand and following protocols for pre-screening, quarantining and removing infected firefighters from the field.

Researchers recently modeled the benefits of pre-screening and social distancing for preventing the spread of COVID-19 in fire camps. They found that screening techniques may work for fire camps that are established for a few days, whereas social distancing was more effective in fire scenarios that lasted weeks or months.

Wildland firefighter numbers are already down in many areas due to pandemic-related complications, but these numbers may become particularly strained as the fire season progresses. There is a fear that COVID-19 cases along with cases of camp crud, which could be mistaken for COVID-19, could severely deplete firefighter numbers.

The safety of rural western communities depends on the wildland firefighters and their ability to respond to emergencies. Protecting their health helps protect public health, too.