The confusion around the Spurs’ assistant coaches was another speed bump for the team during a rough start to the NBA season. 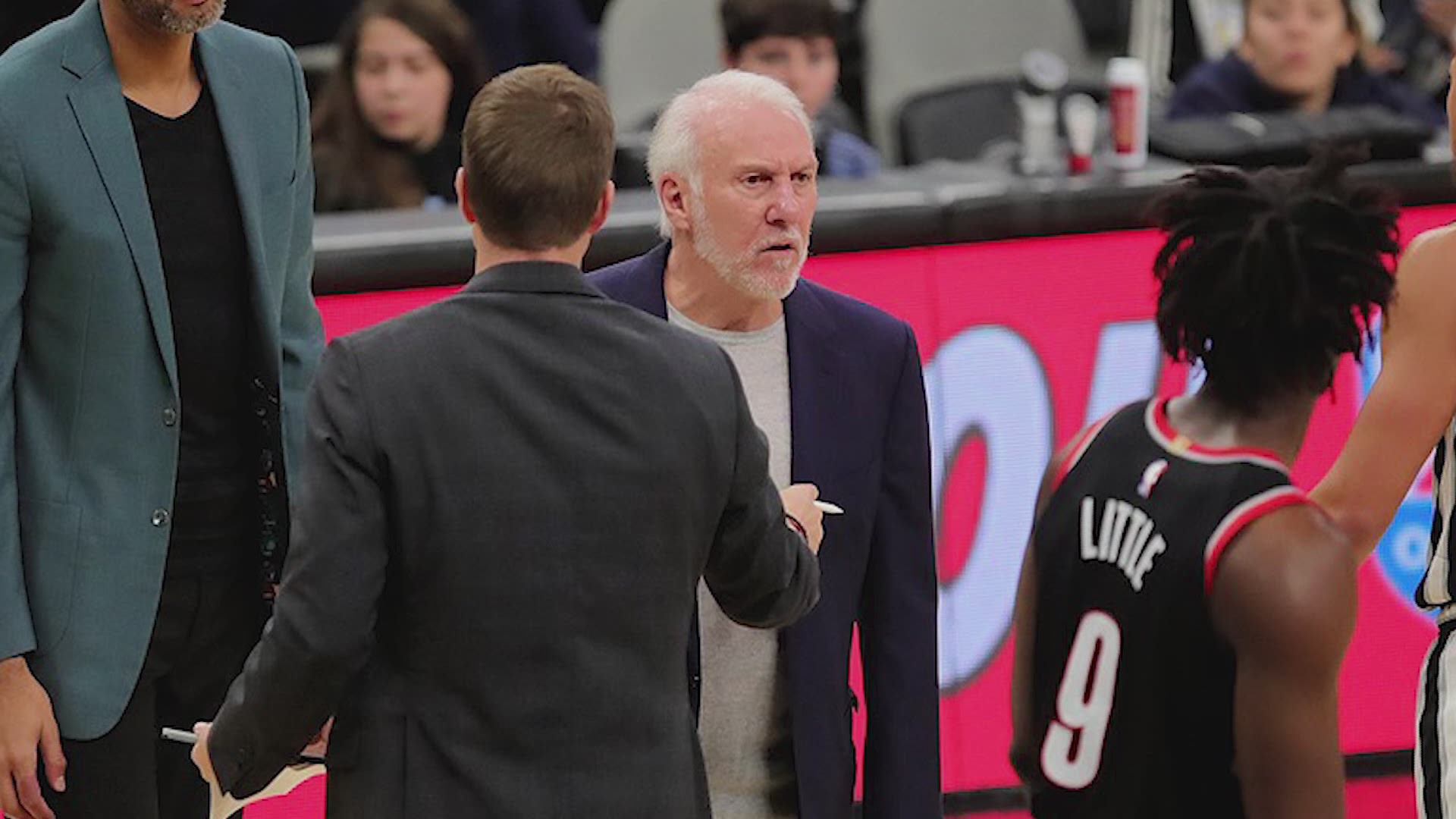 SAN ANTONIO — On this week’s edition of ‘The Big Fun Pod,’ we break down a not-so-fun week for the San Antonio Spurs. The team’s loss to the Wizards on Wednesday night was their seventh straight tally in the wrong column of the win-loss record.

There was also controversy on Saturday night during a game against the Portland Trail Blazers. Coach Gregg Popovich was ejected for arguing with the refs, so his assistant coaches took over the bench. Some expected Becky Hammon to take the lead in this situation, becoming the first woman to coach an NBA team during the regular season. But that wasn’t what happened. Popovich answered questions about the move after the game. “I’m not here to make history,” he said.

Whether it’s Popovich, Hammon, or new assistant coach Tim Duncan in charge, the Spurs haven’t been very good. While the offense has been fine and stars DeMar DeRozan and LaMarcus Aldridge have had strong performances, a weak defense has cost the team several games. Slow starts, inconsistent performances and a few key mistakes are just some of the things to blame.

On this episode, KENS 5 sports reporter Vinnie Vinzetta joins host Cameron Songer for a look at what's happening with the Spurs and the NBA, including a look at the teams and players that are making headlines. In particular, the Dallas Mavericks and Houston Rockets are enjoying recent success thanks to their MVP candidates, Luka Doncic and James Harden, respectively.

Be sure to listen to the end, when we discuss a tantalizing “what if” around another superstar joining the Spurs in 2017. We also debate the best new alternate and throwback uniforms in the NBA.

It's all in the name of "Big Fun" on the latest episode of the Big Fundamental Podcast! Listen here:

Hey, the Spurs are undefeated! | The Big Fundamental Podcast