The Boise State football team will hold its first practice of the season on Saturday morning. 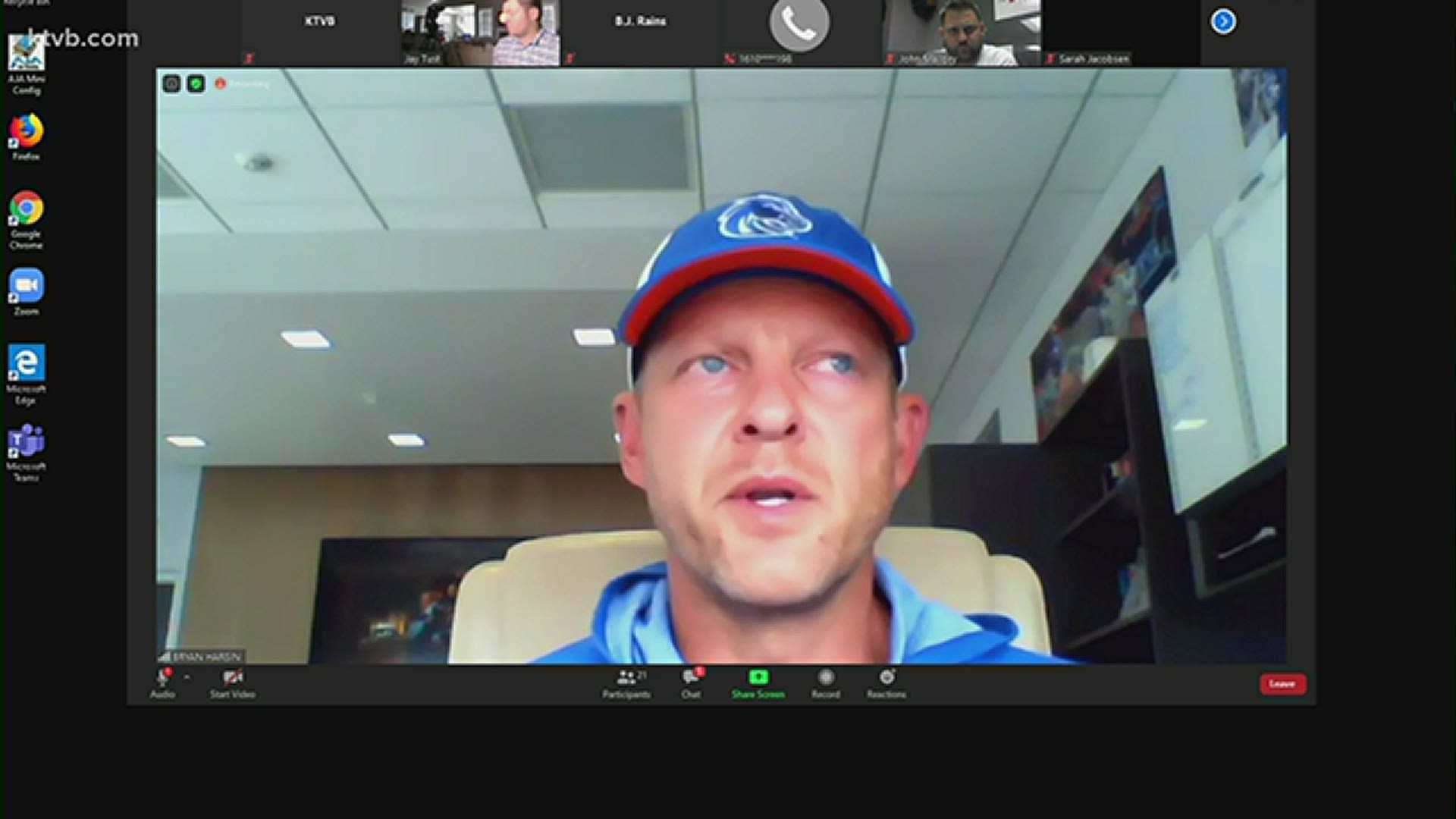 BOISE, Idaho — Following the announcement from the Mountain West Board of Directors that teams will be allowed to play beginning Oct. 24, Boise State head football coach Bryan Harsin held a press conference on Friday to discuss specifics for the Broncos.

The team will have their first official practice on Saturday at 7:30 a.m. but players have been doing what they can to prepare for the season prior to the official announcement.

"I think our guys have done a phenomenal job of staying focused and trying to win the wait while this decision was being made," Harsin said. "I think everybody on the team is excited about [how] there's now some clarity on what we're doing."

Boise State President Marlene Tromp and Director of Athletics Curt Apsey released statements celebrating the Broncos' return to the field after the announcement was made Thursday night.

“I’m so excited that our coaches and student-athletes are going to get to do this fall what they do best - compete and win," Tromp said. "It’s time to let the Broncos out of the corral.”

“I am thrilled for our student-athletes and coaches to be able to compete this fall. There has been a lot of great work done by a number of people in order to pull this together, and I am incredibly appreciative of their efforts,” he said.