While fans aren't allowed in the stadium this season, that doesn't mean parts of the stadium can't be brought to you, because #Natitude doesn't stop in a pandemic. 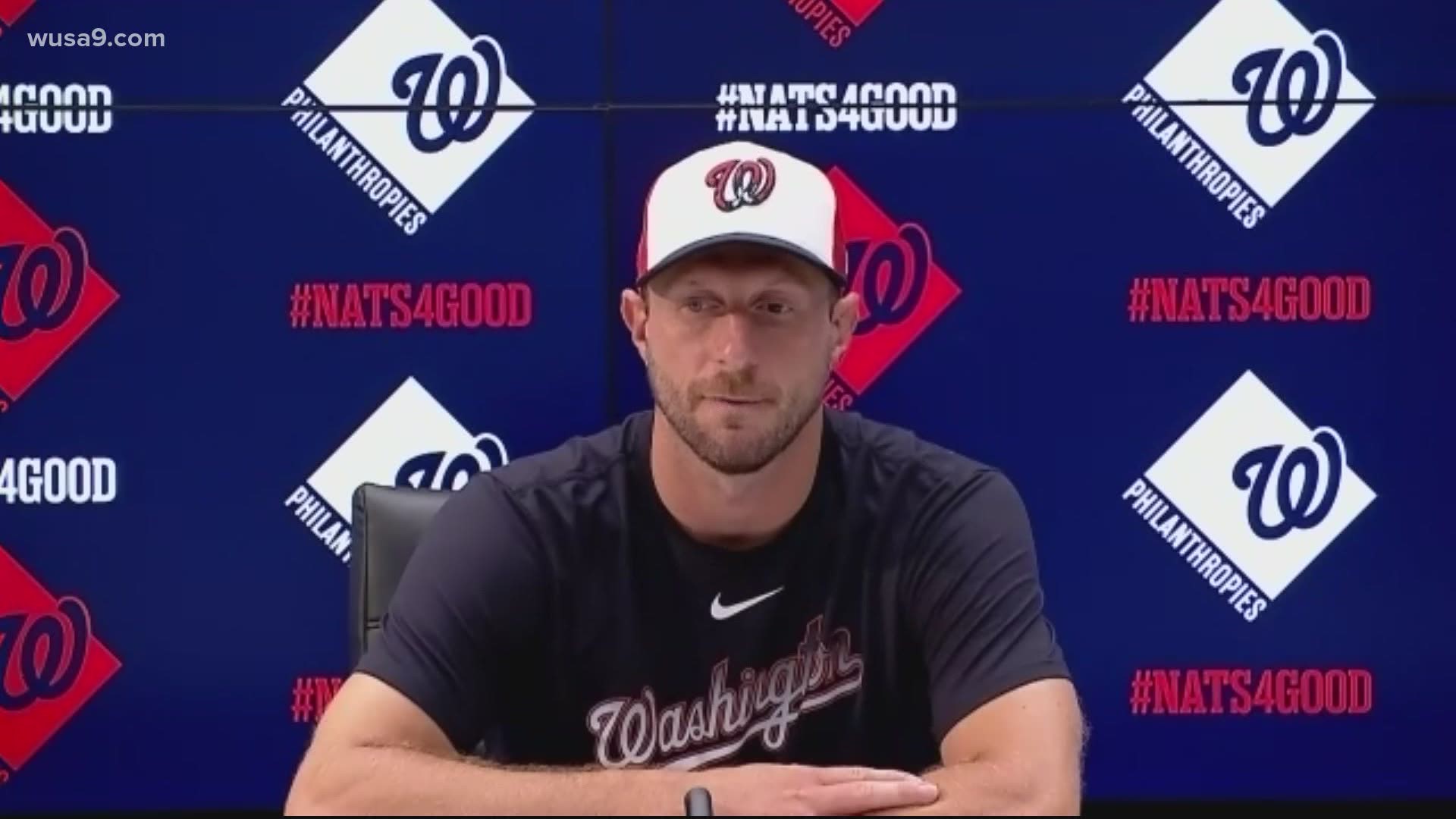 WASHINGTON — Look, we know that baseball just isn't the same for a lot of reasons this season -- there are fewer games, some players aren't even participating, and fans won't be allowed inside the stadium.

But just because you might not be able to go inside Nats Park doesn't mean you can't make a stadium experience for yourself.

On Wednesday, the Nationals announced they would be delivering the best of the ballpark bites to your home, with curated packages and contactless delivery of fan favorites.

The packs serve two-three people and will have your favorite ballpark foods like Enzo's pizza, Cracker Jacks, Nats dogs and nachos. Fans can even order alcohol as long as they meet ID requirements when the drinks are delivered.

To place your order, just call 1-888-8HUNGRY or visit the website.

Credit: AP
This Wednesday, March 25, 2020, photo shows closed gates at Nationals Park in Washington. With the start of the Major League Baseball season indefinitely on hold because of the novel coronavirus pandemic, ballparks will be empty Thursday on what was supposed to be opening day. (AP Photo/Patrick Semansky)

If you're not in the mood for pizza and hotdogs, you can also order a six-pack of beer with a Nats pint glass and bag of ballpark peanuts at select neighborhood bars and restaurants. Nellie's Sports Bar, Penn Quarter and Clyde's at Gallery Place are a few of the spots offering the Nationals swag.

And don't miss out on the newest Devils Backbone offering, 'Curly W', a 6% ABV Indian Pale Ale that gives nod to the 2019 World Series champs. You can find those here.

Credit: Kyley Schultz
The Nats lead the NLCS series against the Cardinals, 3-0, putting them one win away from the World Series.