The now engaged couple, both college athletes, say they wanted to do something after Jadyn's season season was cancelled because of COVID-19. 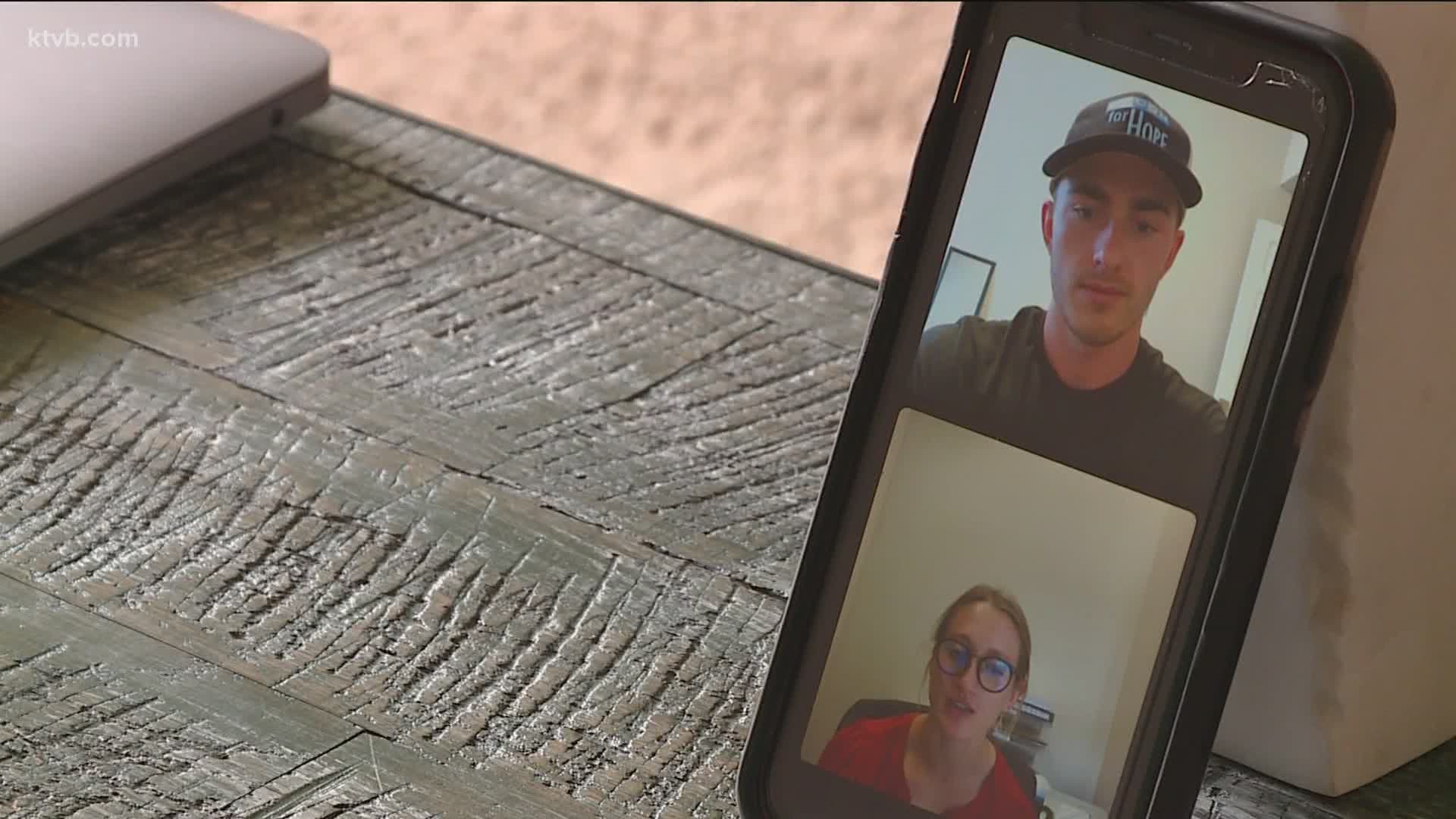 BOISE, Idaho — When former Timberline soccer standout Jadyn Baumgartner's senior soccer season at Whitworth University was cut short this fall due to COVD-19, she wanted to stay active while finding a competitive outlet. With more time on her hands than planned for, a new goal of running a marathon quickly came into the picture.

"My senior soccer season got canceled for this fall, and I was already planning to run a marathon after I was done with soccer in the spring, I was just like I'm going to do it, cause I can't do nothing," she said. Recently, she and her high school sweetheart, former Timberline and College of Idaho basketball standout Gibson Berryhill, got engaged.

Baumgartner says at first, Berryhill was not on board with the idea. It wasn't until weeks later that he had a change of heart.

"You know the common phrase 'yes dear'? 'Yes dear' very quickly turned into an 'oh, dear,'" Berryhill said. "We use the word training lightly because there's not been a lot of training going on this end. It's been like, do nothing and then eat pizza for six days and then run 20 miles with her."

Those pizza days will have to be over, at least for a bit, but it's all for a good cause.

The Hope House is an orphanage in Marsing, home to over 60 kids who are there as a result of a failed adoption. The organization provides food, housing, clothing, programming, and K-12 schooling.

"Their slogan is, 'a home to come to', so unlike a lot of other children's homes, it's a place where once you get to the Hope House, it's your family, and you're there," Berryhill said.

'Bacon for Hope' is a non-profit run by Berryhill that aims to support the Hope House through needs-based projects, student scholarships, and hands-on service.

Recently, they raised money to build a brand new basketball court at the home. Now, they're trying to raise money for their next big project.

"Our non-profit, Bacon for Hope was walking around campus, trying to figure out what's the next big project that we are going to do. Their outdoor track and field, as well as their football field, has just been in complete disarray for the last couple of years," Berryhill said. "The whole idea is to give them a track to not only compete on but let's get out and get active, because those kids are bursting at the seams to get out, especially during all of this quarantine."

The duo is running their marathon on September 5th in McCall. If you'd like to donate to their cause, check out baconforhope.org.